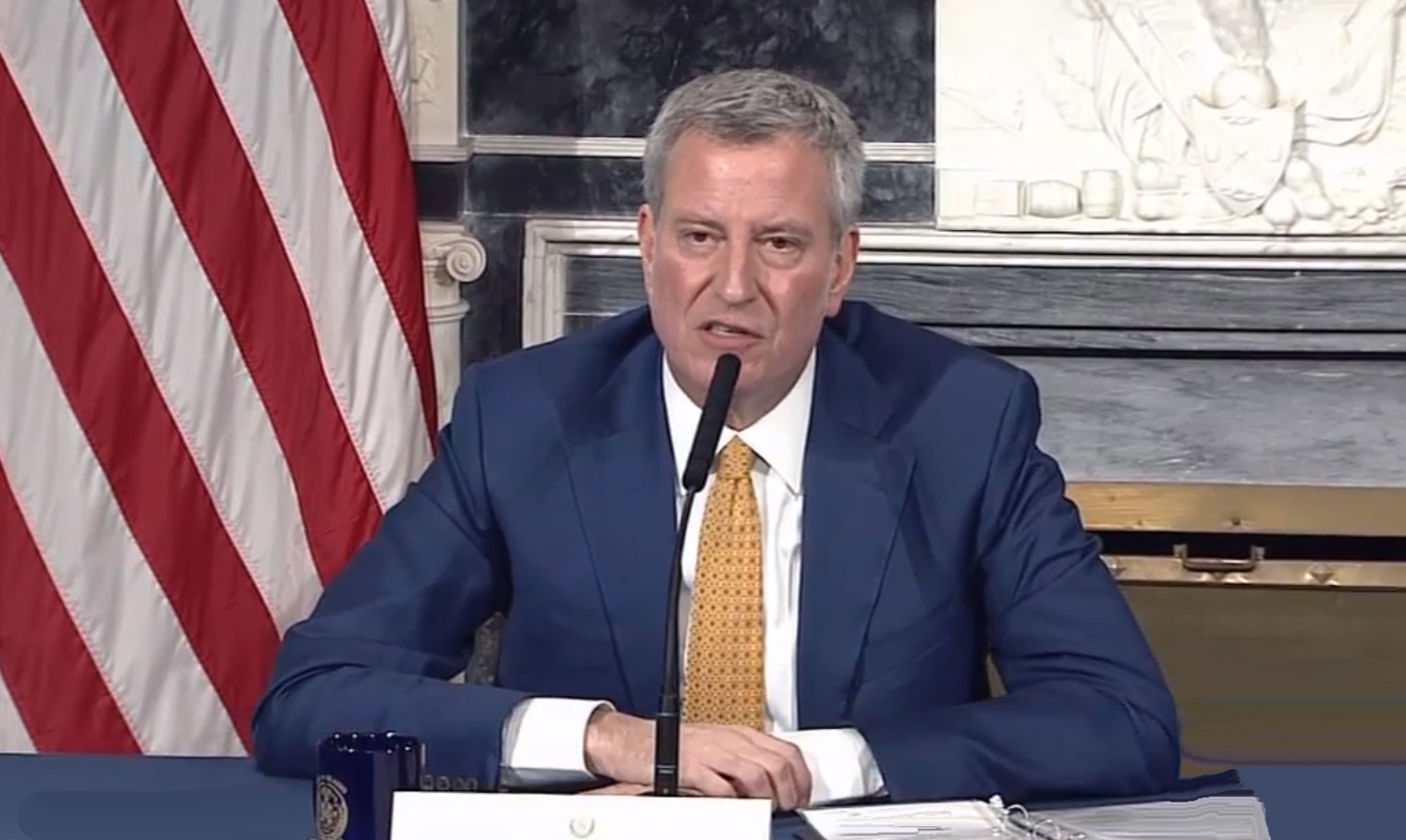 During the drills, students will practice sheltering in place. Only 4 to 5 percent of city schools currently have permanent metal detectors, and many schools use portable scanners that will now be brought into high schools and middle schools on an unannounced basis.

“I don’t think there’s anyone who is serious about education is giving much regard to what the president suggested,” he said.

De Blasio stressed the drills will happen more than once a year but declined to talk about locking classroom doors, saying that will be up to the NYPD.

“The approach we are taking to scanning, the drills to protect young people and have them shelter in place, the neighborhood policing, the close coordination between our officers and the schools, all of that is the essence,” he said. “What we need more of is the public to come forward with information, and that includes young people.”

On Wednesday, a 15-year-from the Bronx was arrested for allegedly threatening his school on a popular teen app called Kik. The teen messaged that he was sick of being bullied and was going to get a gun, to “take care of things at school.”

Kik learned of the threat and handed the information over to authorities.