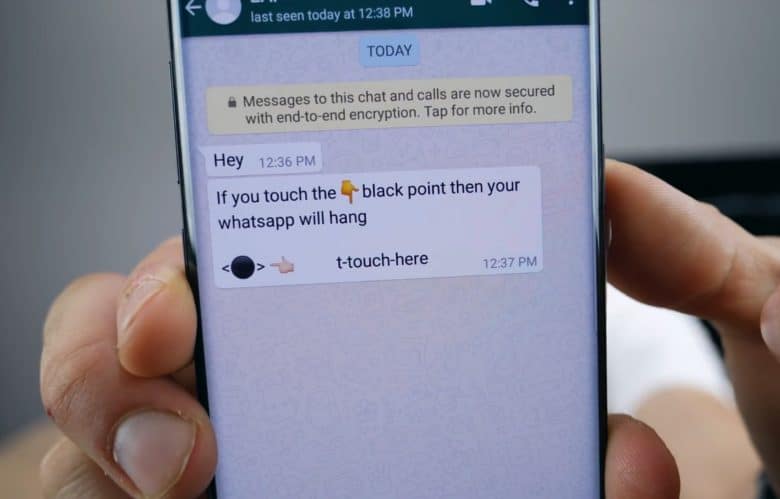 ‘Black dot of death’ bug hits iPhones – here’s how to fix it:

There’s a new iPhone bug floating around out there, one that will completely freeze a user’s Messages or Whatsapp app — and not even a reboot can fix it.

It’s called by at least one tech website the “black dot of death,” Mashable reports.

And it’s similar to a bug that hit the WhatsApp for Android. 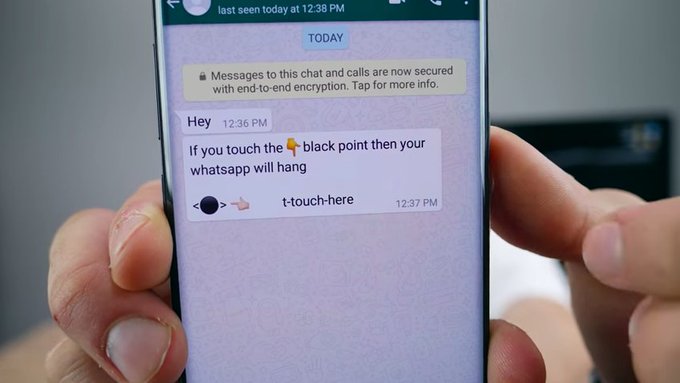 And it happens when an iPhone receives a text message with a black dot emoji. The emoji is accompanied by a huge string of invisible Unicode text that causes all the damage.

It all started as a prank by YouTuber EverythingApplePro. When an iPhone user opens a message with the “black dot of death”

As of now, there are only two fixes for the problem, according to Tech Times.

The first applies to only iPhones with the 3D Touch feature. Users should force the messaging app to close, then use the 3D Touch feature on the home screen to select a new message. Then, users should press cancel on that screen and go back to their list of conversations on iMessage. From there, they must delete the text with the black dot.

iPhone users without the 3D Touch should first force close the app. Then, they should ask Siri to reply to the sender of the message. There must be enough reply messages sent to push the message containing the black dot out of the visible part of the conversation, according to Tech Times.

Users then can open their messaging app and delete the conversation with the black dot.

Mashable has reached out to Apple for comment on any future fixes for the bug.