Faced with a threat to the very foundation of Torah chinuch, rabbanim representing every kehillah in London convened last night for a conference on how to proceed.
Nearly 80 Rabbanim, Mechanchim, and Askanim, headed by the elderly rosh yeshiva Rav Elyakim Schlesinger, attended the first-of-its-kind convention to discuss the compulsory education laws enacted by the education department called Ofsted. In Britain, all schools receive government funding and are subject to the government’s mandates.
The new laws require schools to teach about subjects that are antithetical to the Torah, such as evolution and tolerance for alternative lifestyles. It also mandates a curriculum about celebrities and famous personalities from fields that contradict the frum lifestyle.
More recently, documents revealed that the government wants to propose a new equality law that would promote “Britishness” and discourage members of various religions from having a distinct education. The law’s main target is the inability of the local Muslim community from preventing extremism from its youths.
The law will also encourage intermarriages between different religions by having children of various faiths meet with each other.
“The Jewish community,” a member of the community said, “will be the first to suffer from this law since halacha requires that we live separate lives and we are not allowed to intermarry.”
Advocates for these equality laws are the same officials of the British Ministry of Education who over the past several years have been battling the yeshivas and religious institutions, along with the support of anti-religious organizations. Schools that do not meet the criteria will be shuttered.
The meeting held last night is the first in what organizers expect to be a series of conferences to formulate plans to defend the community against the laws that threaten its continued existence.
During the conference, Rav Sholom Friedman, the chief Dayan of the Kadasia kehillah to which most of London’s Rabbanim belong, extended his greetings. Also speaking was Rav Yechezkel Shraga Friedman, one of the city’s leading Rabbanim.
The keynote address was delivered by the venerated gaon, the 98-year-old Rav Elyakim Schlesinger.
Rav Schlesinger burst into tears as he spoke, warning that “if we cannot study with the Talmidim the way we once did, we will be forced to open new Mosdos Hachinuch.”
That sentiment was articulated by many of the other Chassidishe Rabbanim of the city, following an overview delivered by Rav Asher Yeshaya Bindiger and from the Askan, Rabbi Zvi Glick.
Rabbi Glick, who maintains close ties with the authorities, gave a briefing to the assembled about his negotiations with senior government officials. His conclusion was that there was a concerted attempt to import liberal values into the yeshiva system to weaken its Talmidim.
The Vizhnitzer Rebbe of London was not able to attend. He sent as a Shaliach his son-in-law, Rav Leibish Hager, who delivered the Rebbe’s Bracha for the occasion. 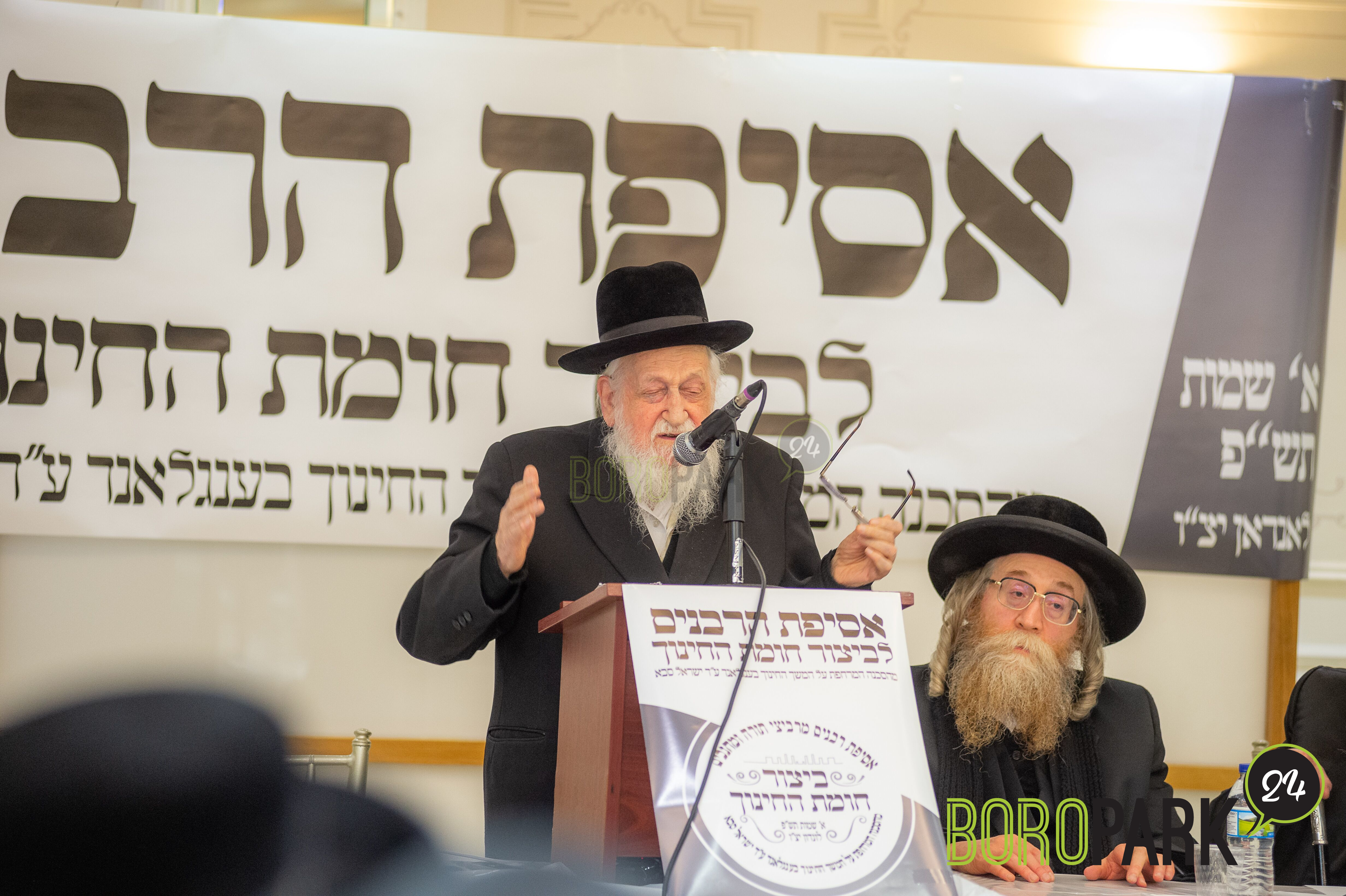 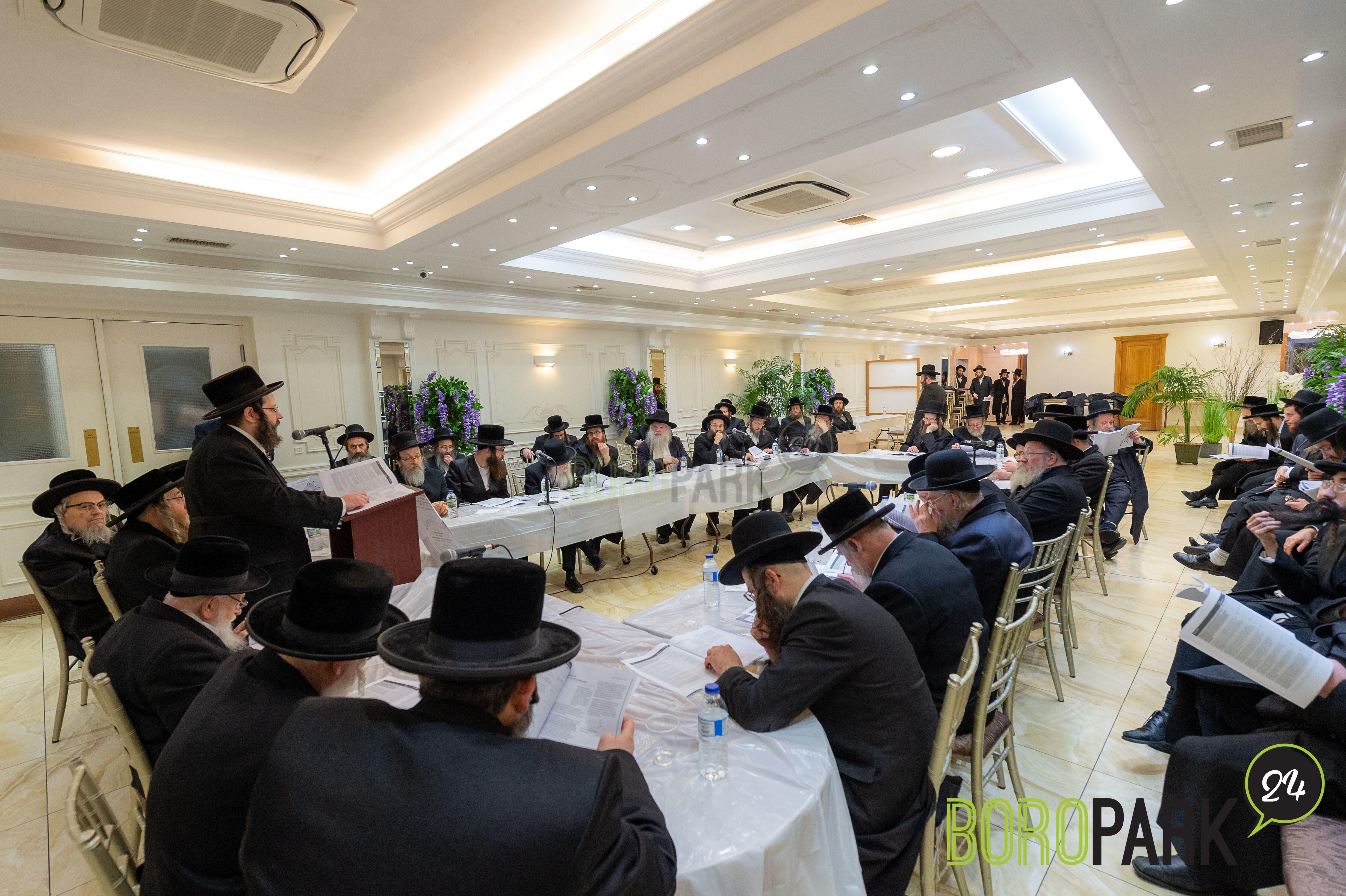 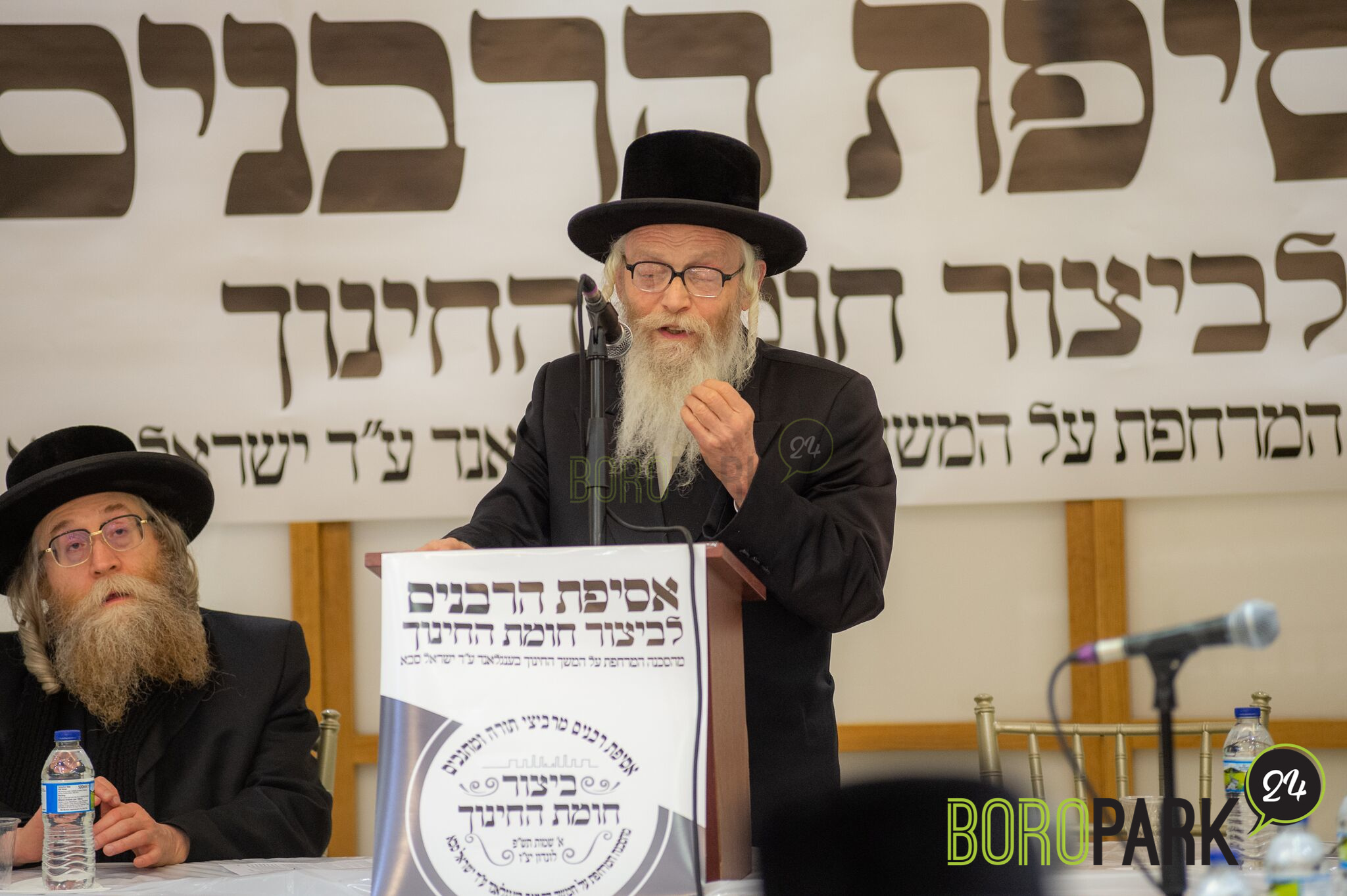 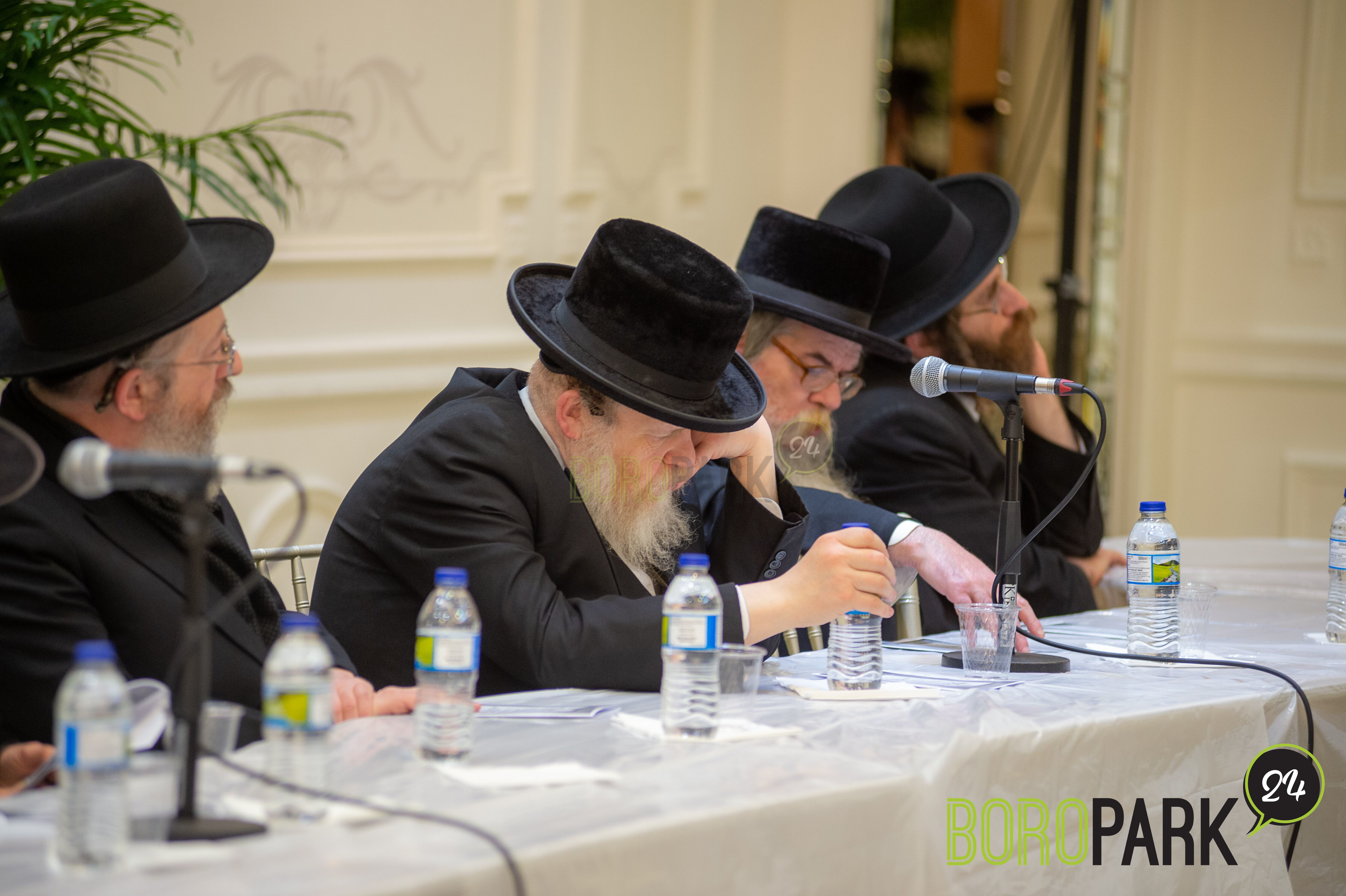 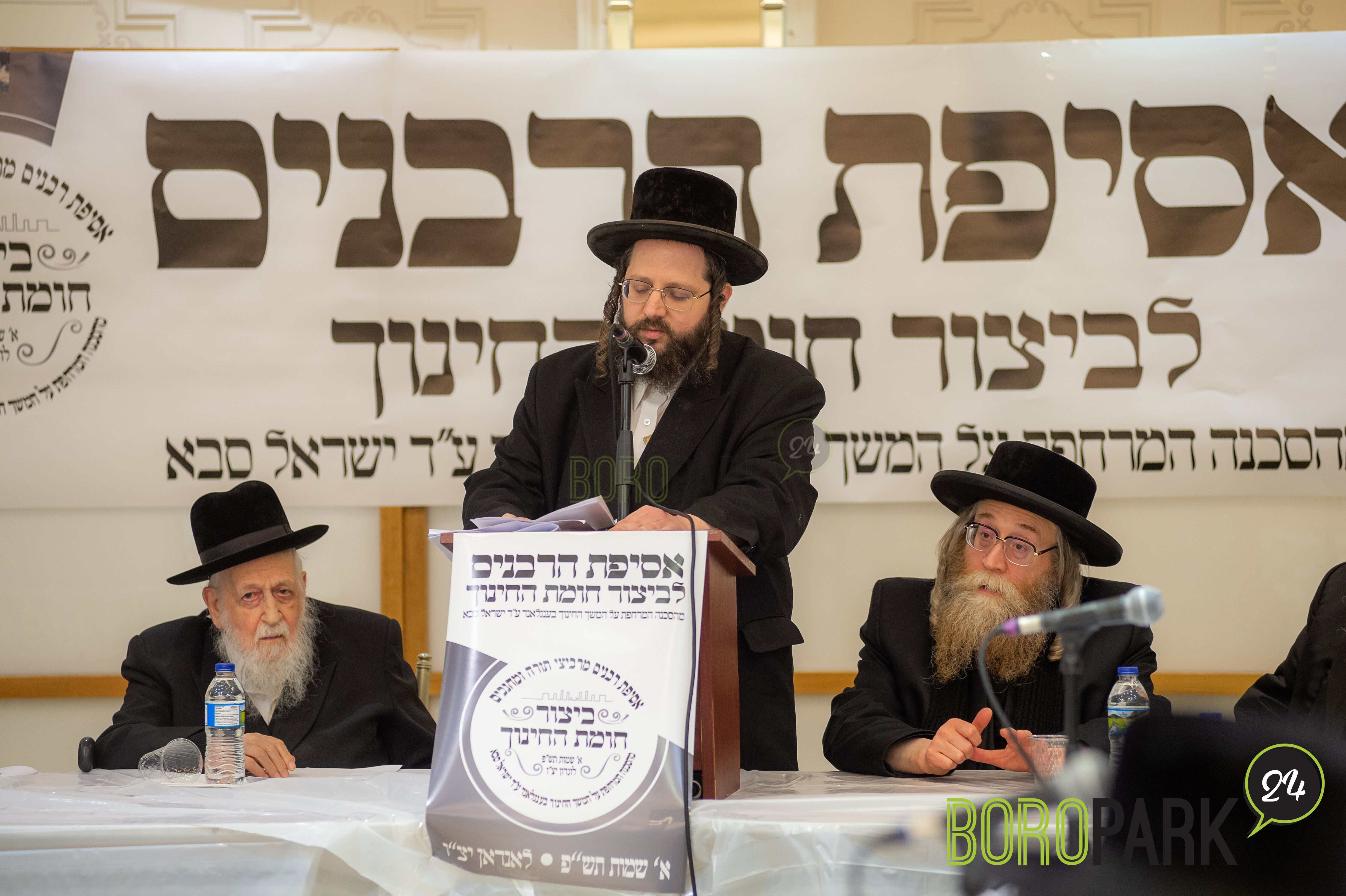 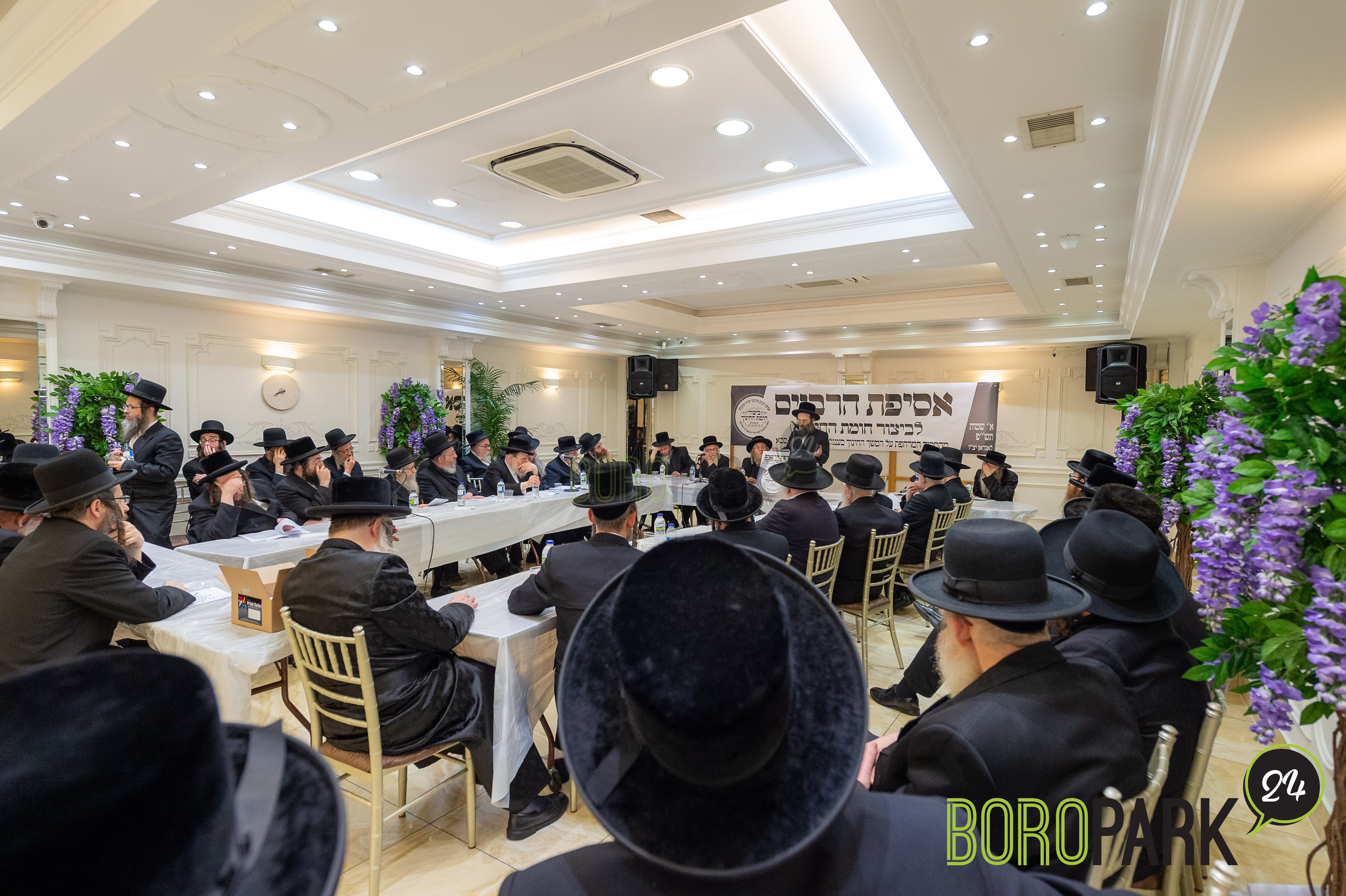 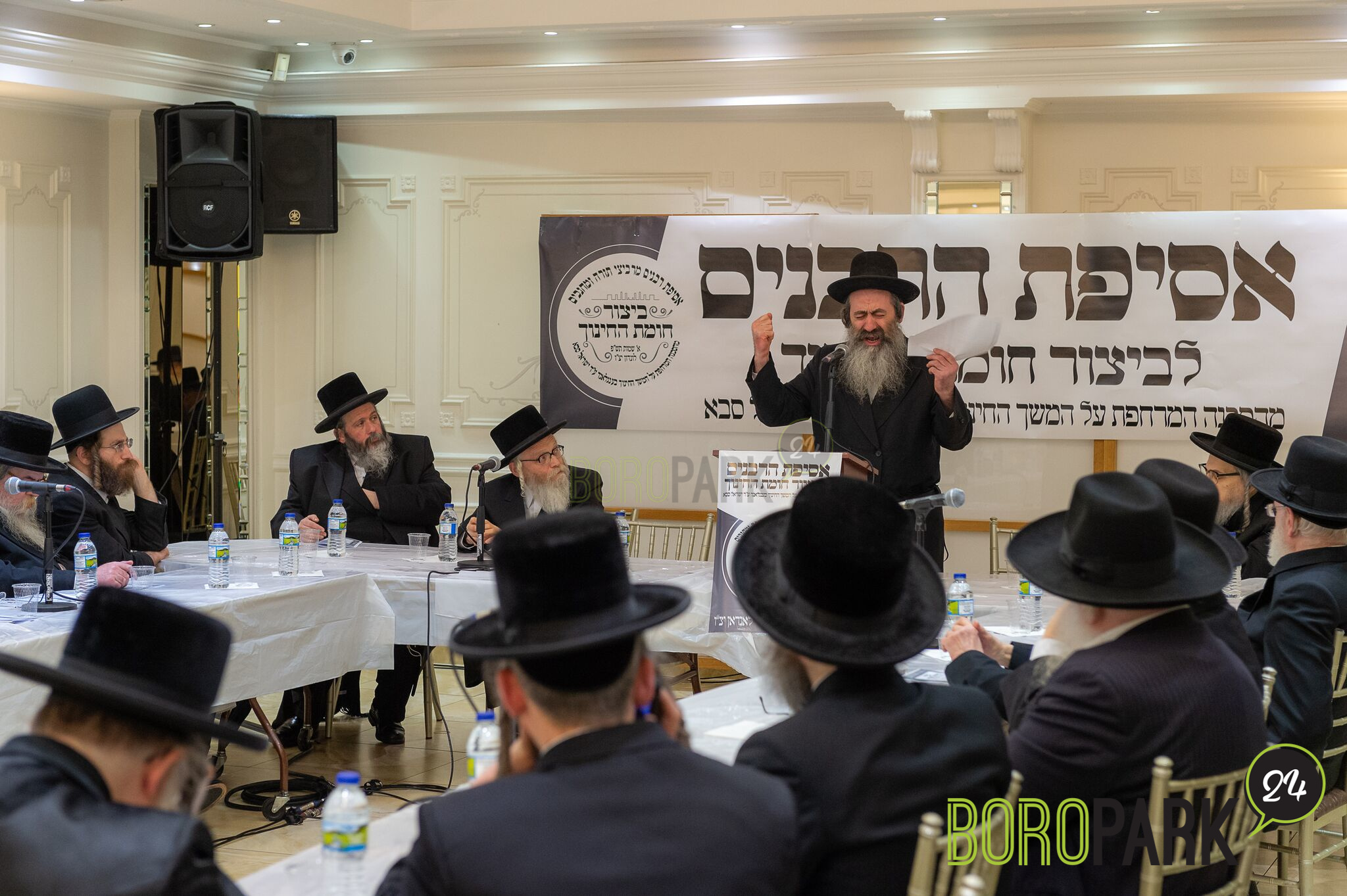 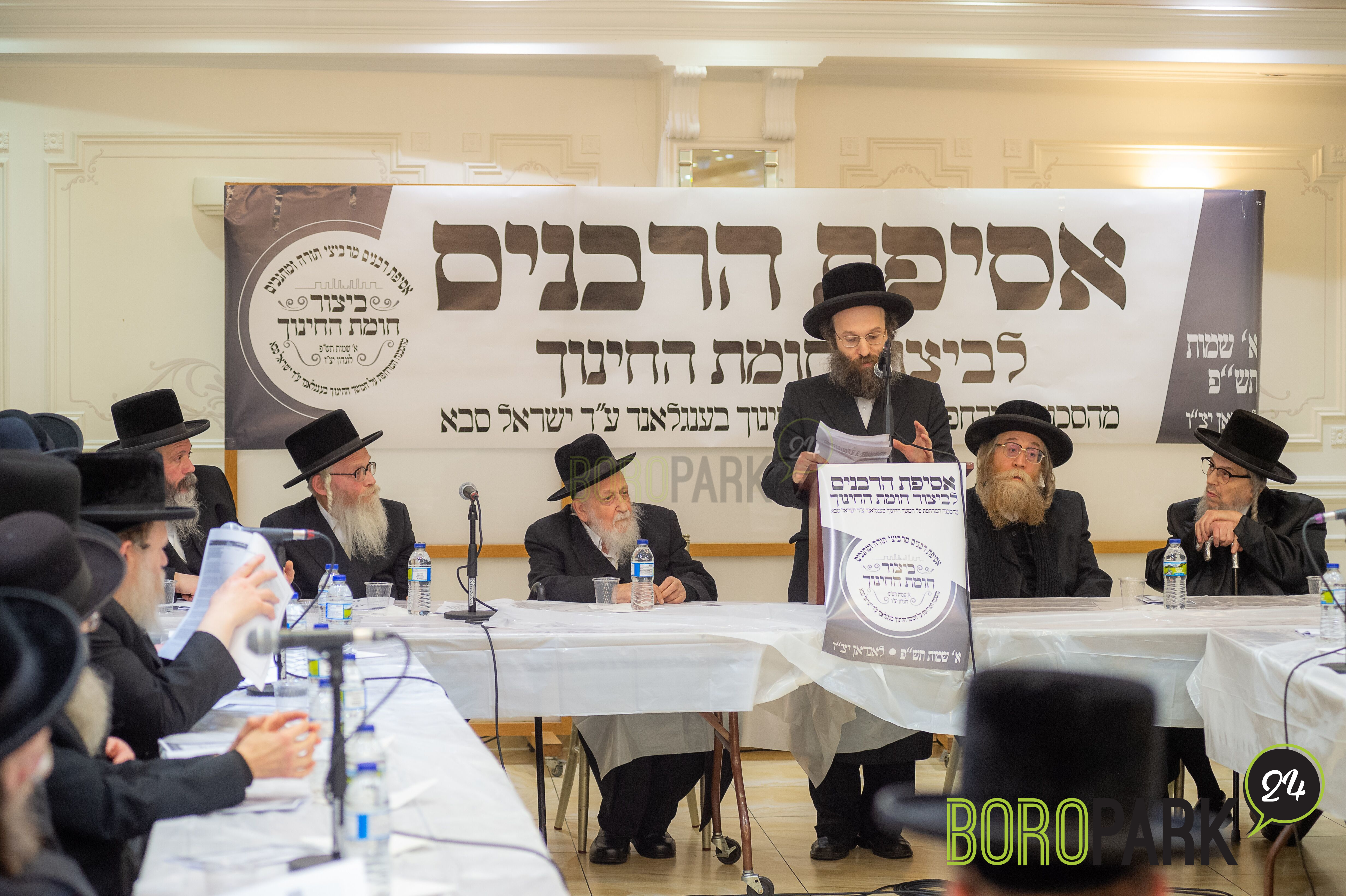 Flu Season Off to Busy Start in New York