Fifty-one years ago they were new and state-of-the-art. But the subway cars that were rolled out with fanfare in 1969 died of old age on Wednesday as the last remaining car from that model was retired.

The MTA held a nostalgic send-off ceremony at the New York Transit Museum, followed by a final ride to Far Rockaway. Among those who rode along were MTA CEO Patrick J. Foye, NYC Transit President Andy Byford and subway enthusiasts.

The R-42 subway cars have been used on two dozen lines, each traveling more than seven million miles. Two of them will live on at the Transit Museum.
“These cars have served the MTA well as a reliable fleet over the last 50 years,” said Sally Librera, the senior vice president of the Department of Subways for New York City Transit. “As technology advances, we’re looking to modernize our fleet of subway cars to best serve New Yorkers.”

R-42s were built by the St. Louis Car Company, and were the first cars received by the newly branded MTA in 1969, eventually totaling 400 cars in the entire fleet. Along with the R-32, the R-42 is the only post-war car to reach the 50-year service mark. The R-32 still runs on the A and C lines.

These were the first cars in the New York City Subway to arrive in service completely air-conditioned. The R-42 was the last car type to be designed as “married pairs,” which means every two cars are semi-permanently linked together in order to reduce the amount of components that are required to operate a train. The cars that retired Wednesday traveled an average of 400 miles a day. They were kept in good repair by senior mechanics with longtime experience maintaining R-42s.

A majority of the R-42 fleet was retired between 2006 and 2009, and most of those cars were submerged in the Atlantic Ocean to form artificial reefs. After the reefing program ended in 2010, retired R-42s were sent to Sims Metal Management to be scrapped. The new cars replacing them are from the R-160 fleet. 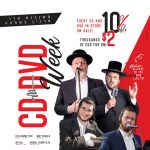 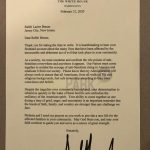 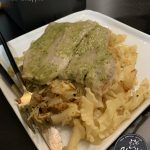 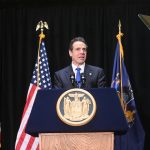 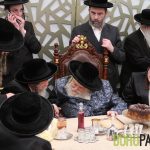