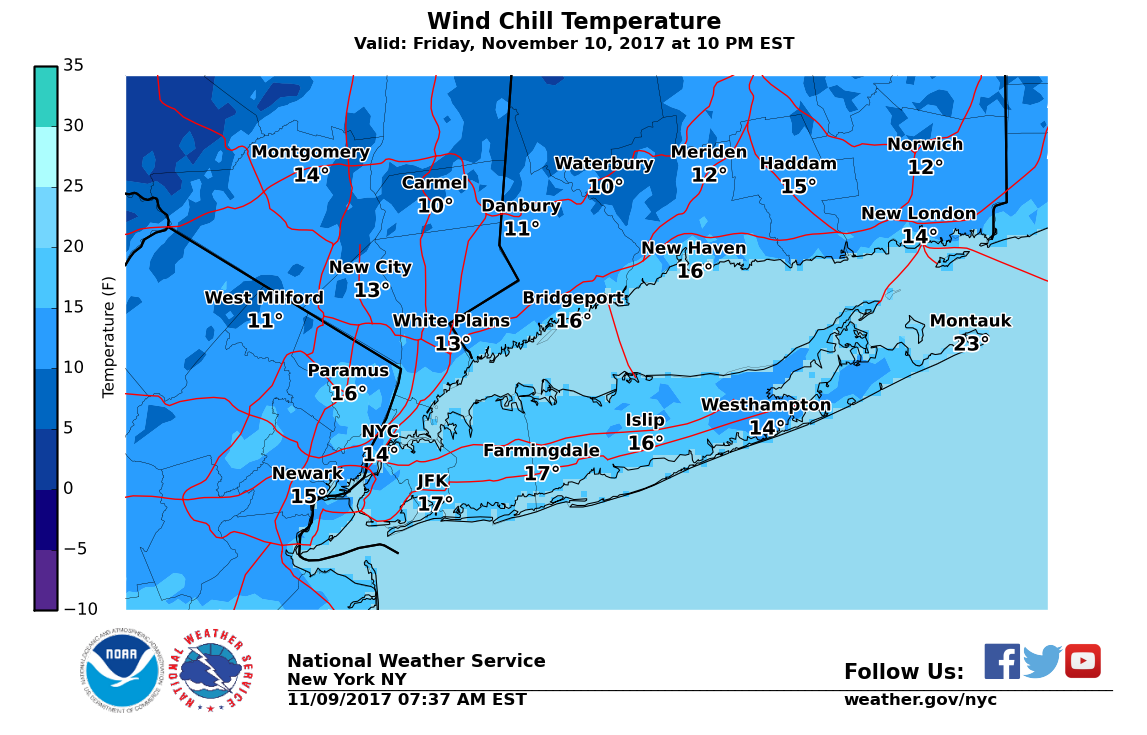 If you thought the past few days were cold, it’s only getting colder. It’s time to unpack the hats, gloves, and scarves from storage.

The National Weather Forecast warns of an Arctic front which will bring freezing weather to New York this week.

By Thursday night, temperatures will start dropping to the low twenties/high teens. A freeze watch is in effect from Friday Afternoon to Saturday.  A freeze watch means that the temperature is likely to fall below freezing.

Partly sunny, with a high near 52. Northeast wind 5 to 7 mph becoming east in the afternoon.

Isolated showers before midnight. Mostly cloudy, then gradually becoming mostly clear, with a low around 33. Southwest wind 5 to 10 mph becoming west 13 to 18 mph after midnight. Winds could gust as high as 29 mph. Chance of precipitation is 20%.

Sunny, with a temperature falling to around 32 by 5pm. Wind chill values between 20 and 25. Breezy, with a northwest wind around 24 mph, with gusts as high as 37 mph.

Sunny, with a high near 39. North wind 6 to 11 mph becoming light northwest in the afternoon. Winds could gust as high as 22 mph.

Partly cloudy, with a low around 32.

Partly sunny, with a high near 48.

A 30 percent chance of rain after 7pm. Mostly cloudy, with a low around 42.