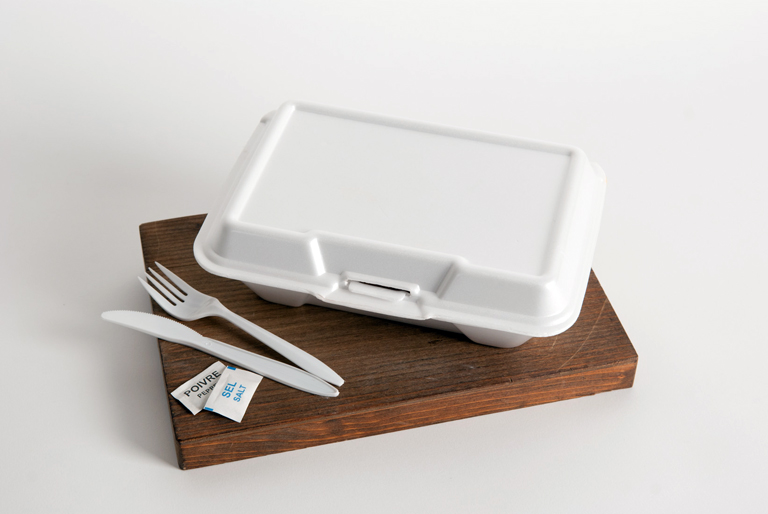 Takeout joints across the Big Apple will have to find an alternative to Styrofoam containers by Jan. 1 when the city will start enforcing a ban that was upheld in court last week, Mayor de Blasio announced Wednesday.

The ban — which aims to reduce litter and save landfill space — includes plates, trays, clam-shell containers and foam packing peanuts, which the city has determined can’t be profitably recycled.

Smaller businesses with annual revenues of less than $500,000 can apply for exemptions if they can prove they would be unduly harmed financially.

“New York City’s ban on Styrofoam is long overdue. There’s no reason to continue allowing this environmentally unfriendly substance to flood our streets, landfills, and waterways,” de Blasio said in a statement.

The Restaurant Action Alliance filed a lawsuit against the city over the ban in September 2017, arguing that Styrofoam and other polystyrene foam can be recycled profitably.

Randy Mastro, the coalition’s attorney, argued at the time that scientists, foodservice manufacturers, the recycling industry and other experts agreed with that position.

But the Department of Sanitation said it was not economically feasible because there was no market for the recycled product.

“Foam provides exceptional cost savings and functionality for small businesses and ethnic restaurants, which, like mine, have served our communities for decades,” she said in a statement ­e-mailed to The Post. “The decision today, which will essentially continue the city’s misguided ban, will surely drive some of us out of business.”

Mastro said Wednesday that the alliance is exploring legal options.