Supporters of President Donald Trump plan to gather on Sunday, Nov. 1, at five different locations in New York and one in Lakewood, NJ, to join the NYCMAGADRAG, during which thousands of cars are expected to leave in the morning, and drive six different highways for 45 minutes to show their support for the president’s re-election on Tuesday, Nov. 3.

On Sunday, the New York and New Jersey NYCMAGADRAG participants will be  joining supporters of President Trump from major cities all over the United States who are forming local caravans that will eventually combine into a single, large rolling parade that will route through their roadways.

On the magadragtheinterstate website, organizers say that they “hope to spread a message of hope, unity, and patriotism.”

“American patriots from all corners of the Country will gather together and organize into rolling flag parade caravans within their States,” the website says. “They will circle their highways and byways, ending in a glorious flurry of red, white, and blue--and a big ol’ heap of old-fashioned American patriotism.”

“When America is united, America is totally unstoppable,” says President Trump in a clip on the MAGADRIVE website. “We are Americans. We are the pioneers. We are the pathfinders. We settled the New World. We built the modern world, and we changed history forever by embracing the eternal truth that everyone is made equal by the hand of Almighty G-d.

“America is the place where anything can happen. America is the place where anyone can rise. And here, on this land, on this soil, on this continent, the most incredible dreams come true. This nation is our canvas, and this country is our masterpiece. We look at tomorrow, and we see unlimited frontiers, just waiting to be explored. Our brightest discoveries are not yet known. Our most thrilling stories are not yet told.

On the website, President Trump speaks, while images of Trump supporters from all over the country show their enthusiasm for the president. In describing the MAGADRIVE on Sunday, one participant who plans on joining stage whispers, “It’s going to be Biblical.” 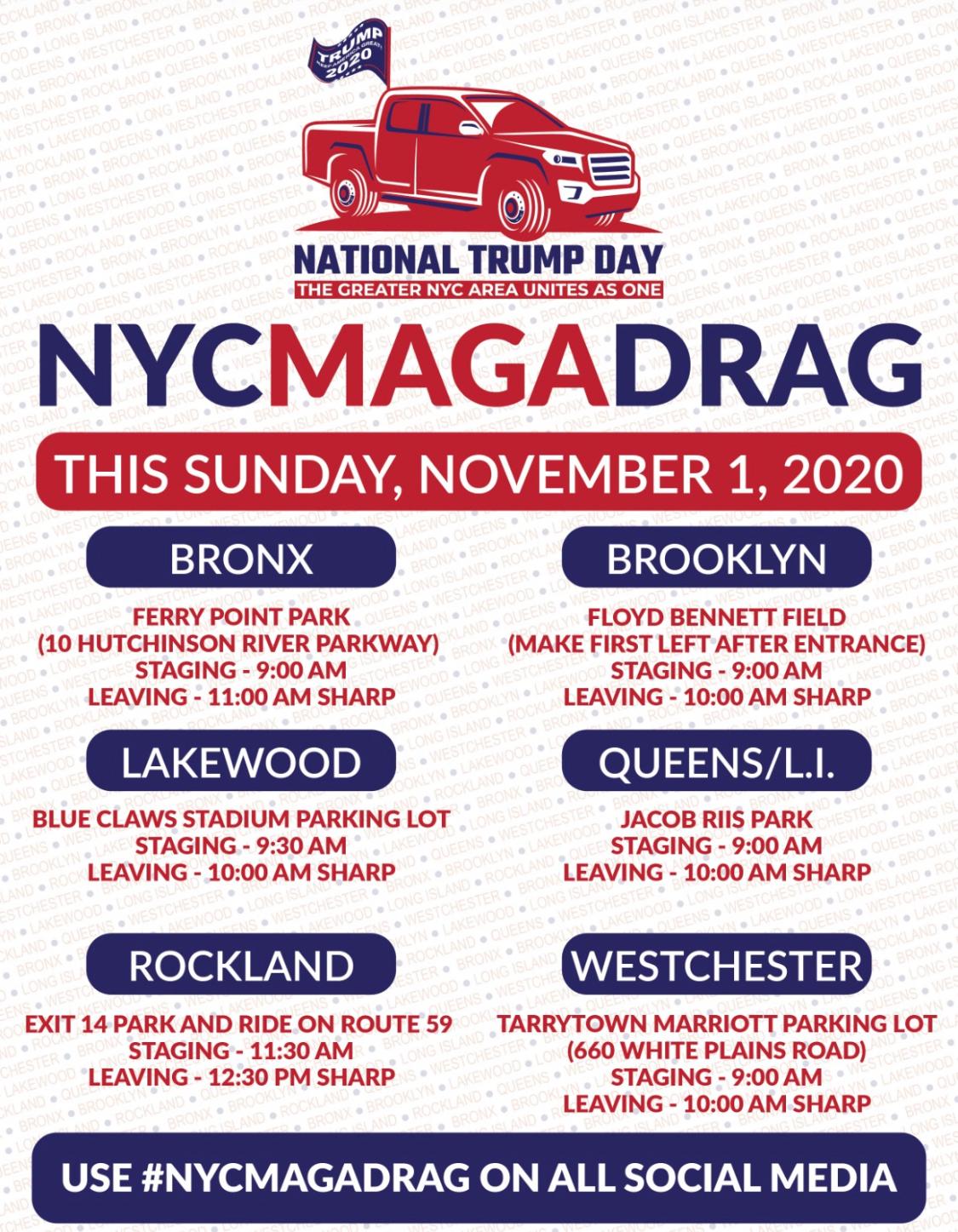 All Car Passengers, Even 16 and Older, Must Wear Seatbelts in the Backseat, Starting Sunday