Today, the NYC Department of Buildings (DOB) issued a $1,000 fine to the Sanz Zmigrod shul for failing to comply with COVID-19 guidelines.

The DOB inspector wrote on the ticket that “at the time of inspection,” he or she “observed approximately 10 people sitting, reading, and praying without masks.”

The inspector listed the other crimes that warranted the citation to include: “no safety plan, no daily cleaner log, no thermometer, and no attendance list.”

Although shuls have experienced a brief respite from the inspectors from city agencies who descended on Boro Park around Sukkos time, perhaps rising positivity rates of the coronavirus have inspired more enforcement in religious communities, which perhaps gather more frequently than other communities in the city.

However, just one week ago today, the United States Supreme Court decided 5 to 4 to prevent Gov. Andrew Cuomo from enforcing his executive order, issued over chol ha moed Sukkos, that sharply restricted the maximum limits of attendance in houses of worship in New York during the COVID pandemic.

One of the few conservatives at the New York Times, Brett Stephens, wrote a few days ago that the case in which Agudath Israel and the Roman Catholic Diocese of Brooklyn successfully took Gov. Cuomo to the U.S. Supreme Court to reject gathering restrictions, were applied to religious institutions, but not to secular ones, such as liquor stores, bike shops, acupuncturists, and others that the governor had deemed “essential.”

The Supreme Court decision “was an important departure from similar cases earlier this year, when the court deferred to the judgment of governors for how best to handle the pandemic,” Stephens wrote. “The right to the free exercise of religion, even if subject to regulation, deserves greater deference than the right to attend your local cineplex.”

Although previous to the death in September of liberal Supreme Court Justice Ruth Bader Ginsberg, four liberal judges and five conservatives judges sat on the bench of U.S.'s highest court, now, thanks to Justice Amy Coney Barrett, who is a religious Catholic and the most recent appointee of President Donald Trump to the Supreme Court, the Court tilts further right, as it boasts six conservative justices and only three liberal ones.

In his opinion last week, Justice Neil Gorsuch, another Trump appointee, wrote, “Government is not free to disregard the First Amendment in times of crisis.”

Justice Gorsuch also wrote, “So, at least according to the governor, it may be unsafe to go to church, but it is always fine to pick up another bottle of wine, shop for a new bike or spend the afternoon exploring your distal points and meridians,” Gorsuch wrote. “Who knew public health would so perfectly align with secular convenience?”

So, why are Boro Park shuls, which are hosting our most essential activity, still getting pricey citations for staying open as usual? 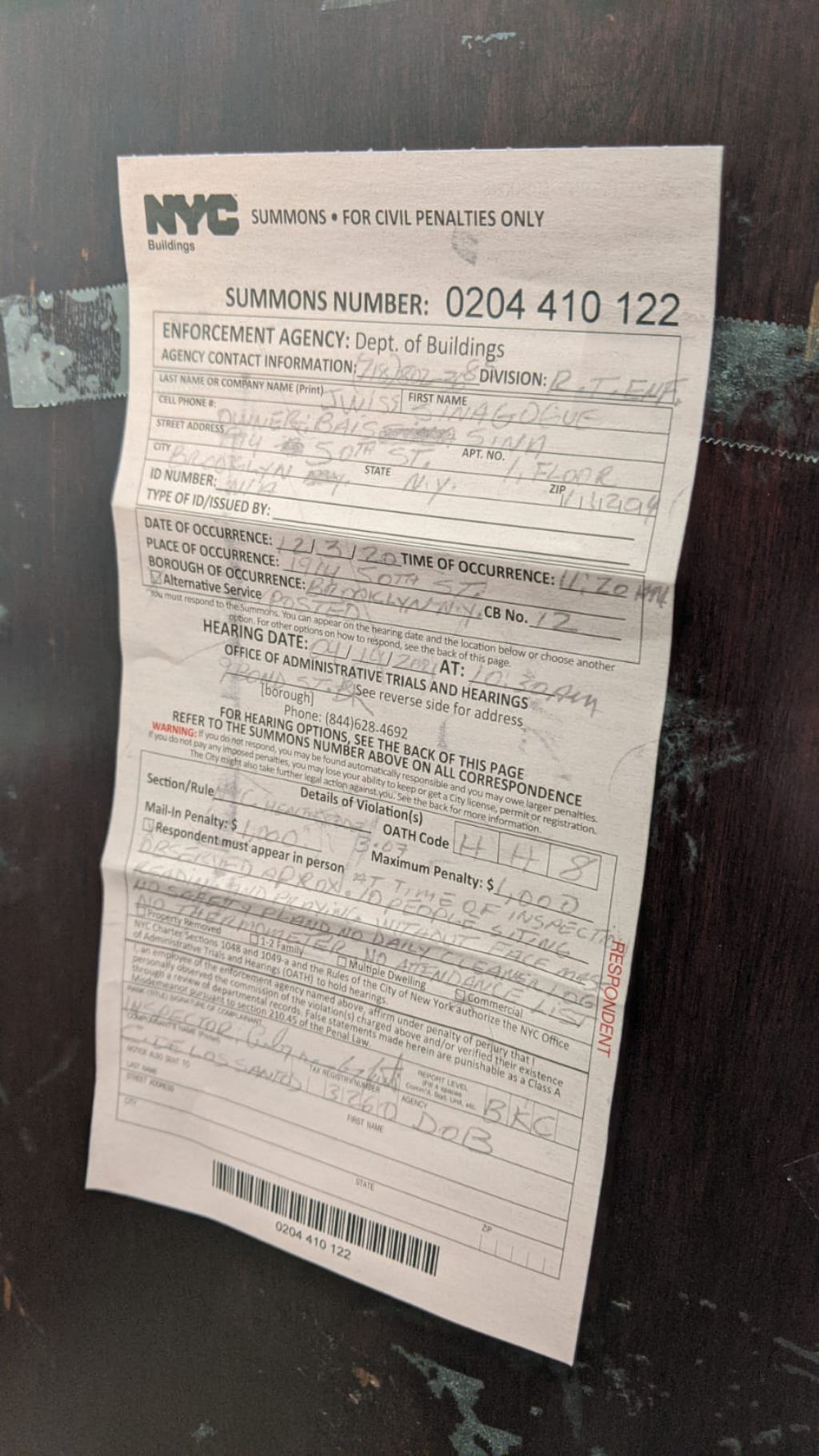 23 Rebbes Meet to Strategize, B’achdus, Their Next Step in Responding to DOE’s Inquiries