Boro Park - The Rachmastrivka kehillah is putting in place rules designed to ease the growing demands on the rebbe’s time, limiting hanachas tefillin to three a day.

A sign hung in the beis medrash on 45th Street off 12th Ave. announced a new policy that baalei simcha must register two weeks in advance with the gabbaim when they want the rebbe to put tefillin onto their child for the first time.

Sources say that there are days when five or six people show up to shacharis and want the rebbe to put tefillin on their bar mitzvah bochur. This places a burden on the rebbe.

The new rule, the gabbaim say, will be “to everyone’s satisfaction.” 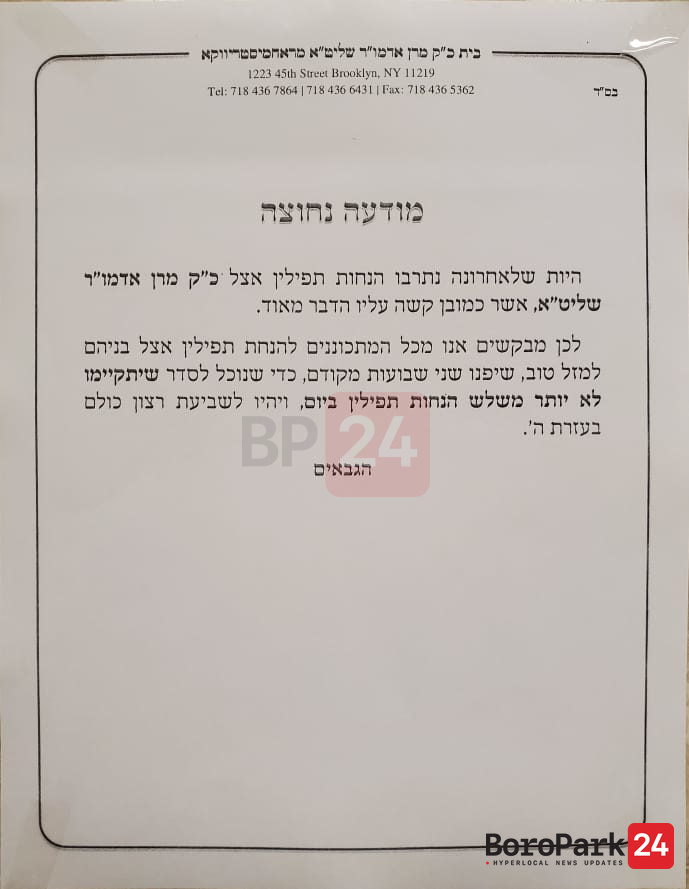