Rabbi Duvid Katz, the director of the Rabbinical Alliance of America (RAA), Igud Harabonim was one of the handful of Boro Parkers who merited the coveted invitations to one of President Donald Trump’s two Chanukah Parties today.

While Assemblyman Simcha Eichenstein, City Councilman Chaim Deutsch, Yidel Perlstein, who is the chairman of Community Board 12, Yossie Itzkowitz, the owner of Toys 4 U, and Joel Eisdorfer attended the 3pm Chanukah party, several other prominent Boro Park residents attended the second party at 8pm.

At both parties, all guests wore masks, removing them only to take photos and eat, Rabbi Katz reported.

BoroPark24.com spoke with Rabbi Katz, while he was still at the White House, right after President Trump spoke.

Although, the president did not speak right away. In fact, unfortunately, because the president was tied up with work, Rabbi Katz explained, he was sadly not able to come down to the first party.

After the guests at the second party waited in line outside the White House for an hour and then many men davened Mincha/Maariv, servers behind plexiglass served the guests kosher lamb chops, latkes with applesauce and parve sour cream, Herzog wine and Champagne.

“Everything had three hechshers,” Rabbi Katz confided, “The Vaad of Washington, DC, the Star K, and a heimeishe shita on the meat.”

Then, the schmoozing began. Among the many guests with whom Rabbi Katz spoke were City Councilman Mark Levine, who represents the 7th District in Northern Manhattan, White House Chief of Staff Mark Meadows, and Rabbi Moshe Margaretten, the president and founder of the Tzedek Association, who Rabbi Katz said “is the biggest askan for the Jewish people right now. He has accomplished so much for prison reform and other issues.”

Just when the guests were getting antsy that they were not going to get the see the president, Rabbi Katz’s wife pointed out that she saw that someone was preparing a microphone, he reported, adding that he could feel the excitement as people started to move quickly toward the mic.

“Then, we heard an announcement: “Ladies and gentleman, the president of the United States,’” said Rabbi Katz, who reported that President Trump then came down the stairs of the White House by himself, wearing a coat. Without using a podium, the president then addressed to group of eager listeners at the bottom of the stairs.

For eight minutes, the president spoke to the group of approximately 200 guests about “the fraud of the elections, his advocacy for Israel, and his love for the Jewish people,” said Rabbi Katz, who added that many of the invited guests became emotional.

“Seeing the president speak really made the party,” said Rabbi Katz. “This made a new vibe.” Rabbi Katz, who said he only comes to the White House to try do something for K’lal Yisroel.

“There was a lot of Kiddush Hashem,” said Rabbi Katz, who considers himself a shliach tzibbur. “We met a lot of nice people, and iyH, we should only be able to make a Kiddush Hashem always.”

Would Rabbi Katz attend the Chanukah party of President-elect Joe Biden, if invited next year? “Of course,” said Rabbi Katz, who explained that since its establishment in 1942, the RAA has been a non-partisan organization. “We have never, ever endorsed anyone,” Rabbi Katz said. “We are rabbis. Rabbis don’t endorse, and every rabbi has the freedom to support whomever he wants. “But, we are always very close to the whomever is in charge. We respect our leaders, and we believe in hakoros ha tov. We will always stand behind and do whatever is needed for K’lal Yisroel.” 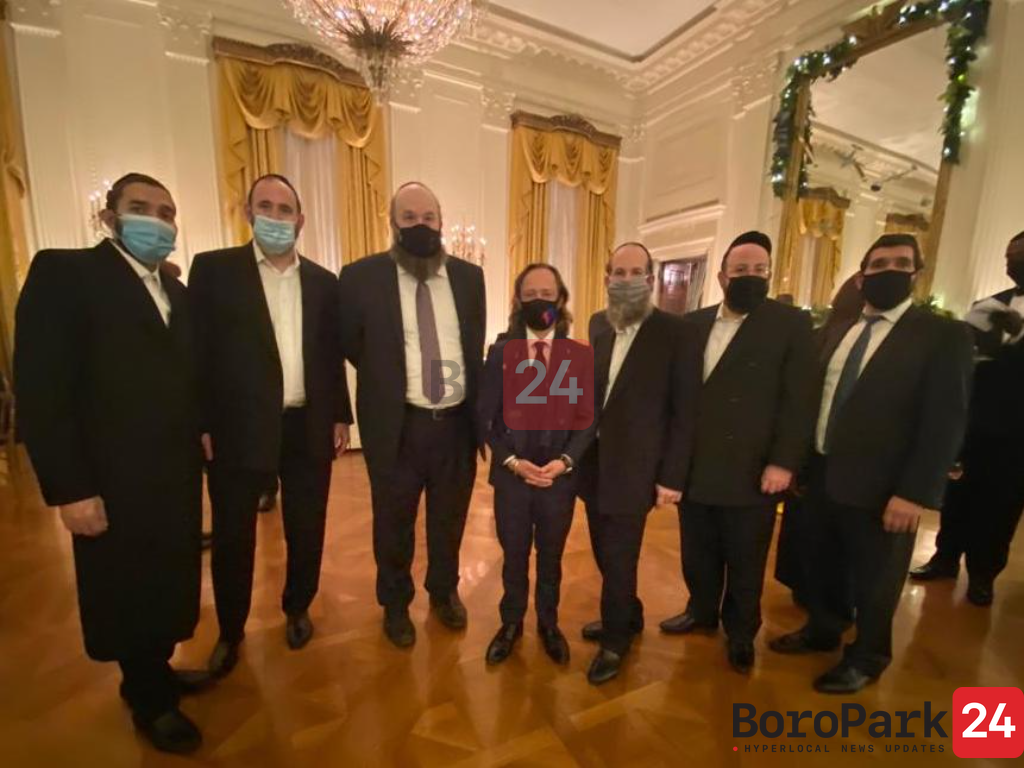 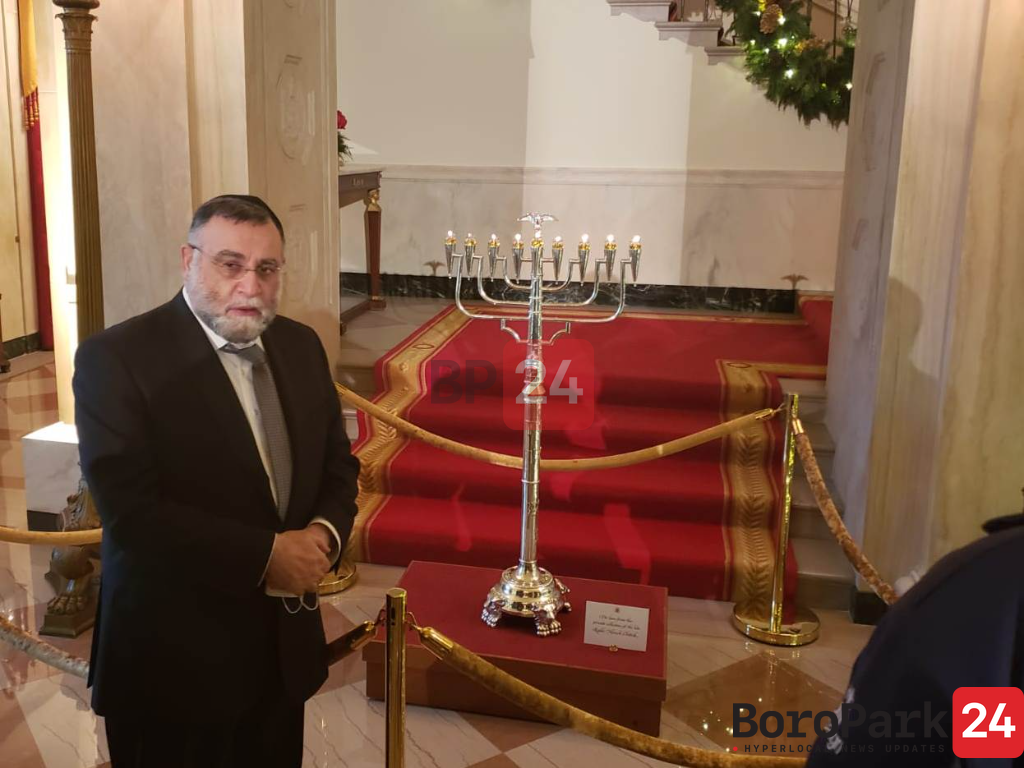 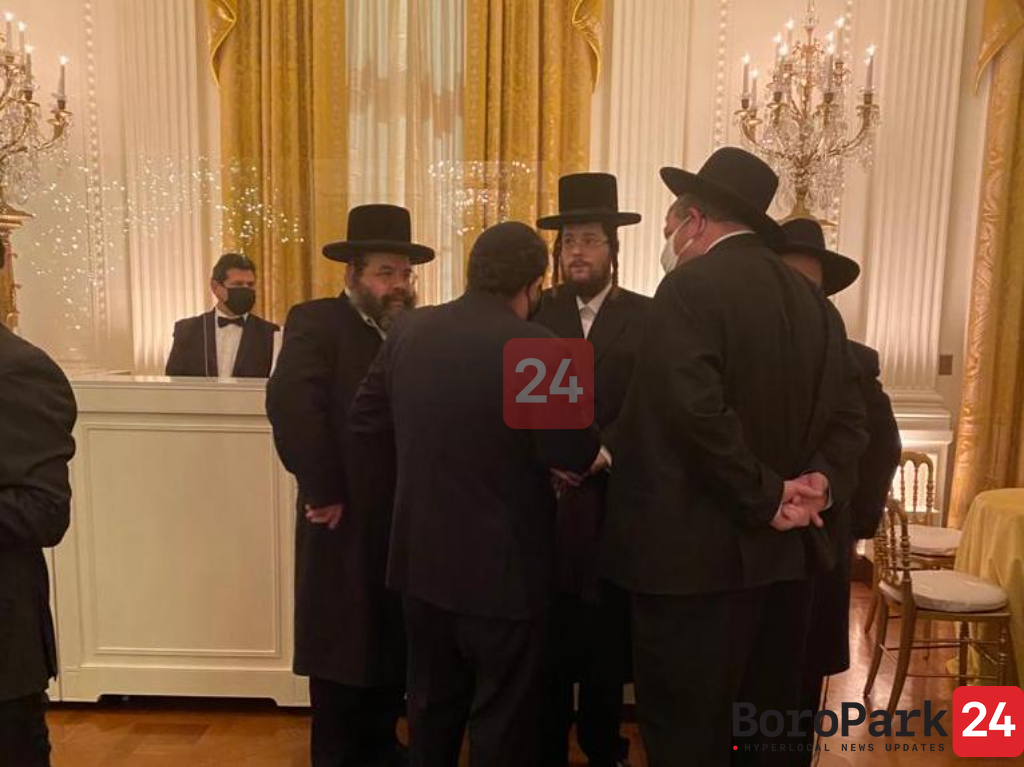 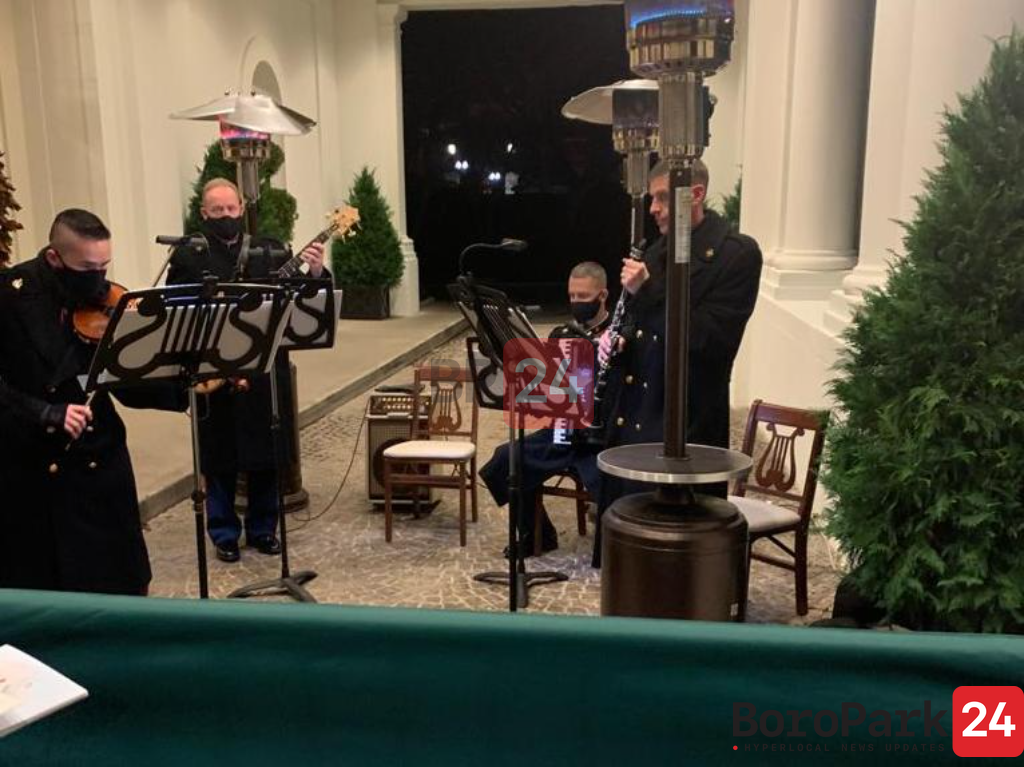 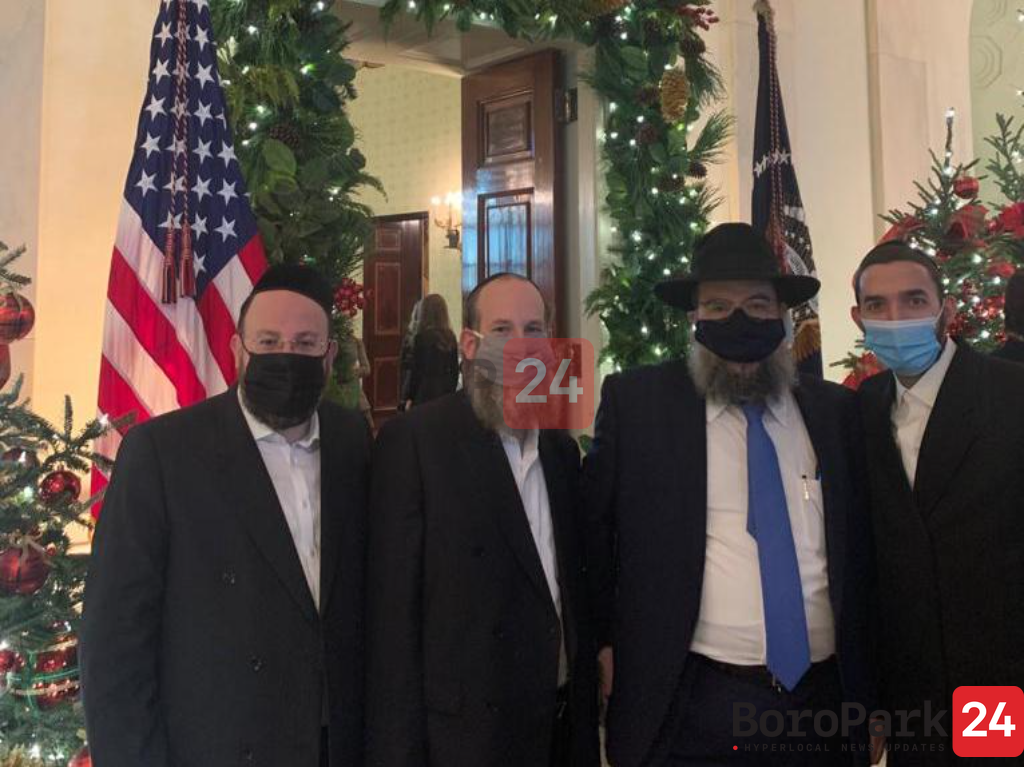 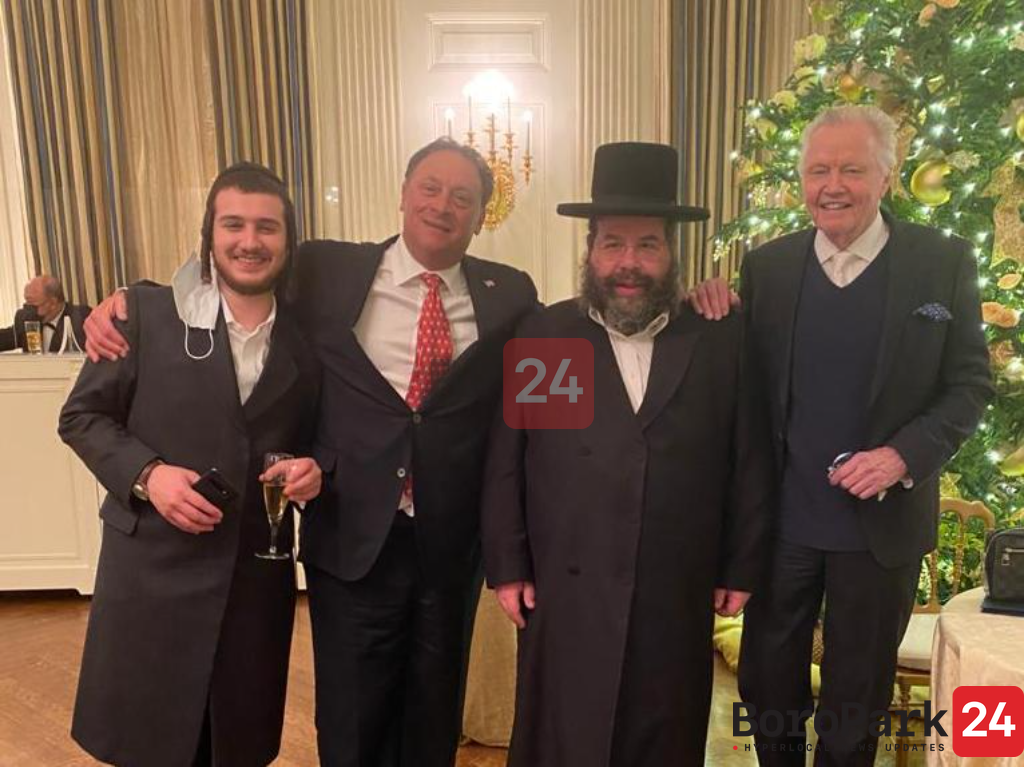 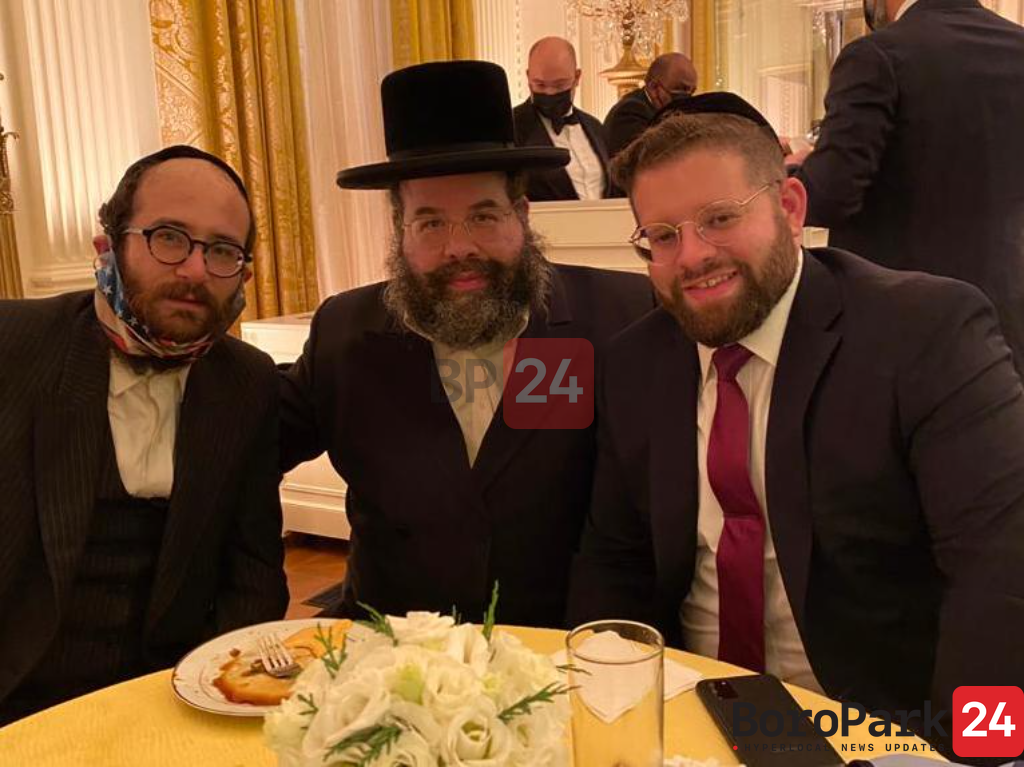 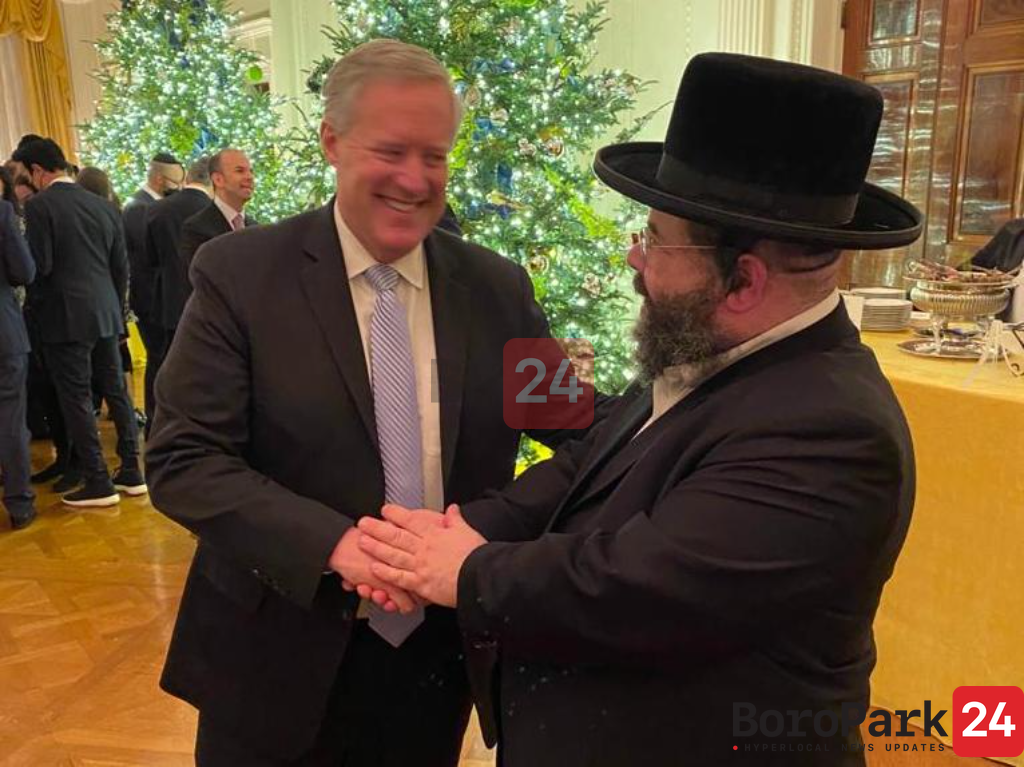 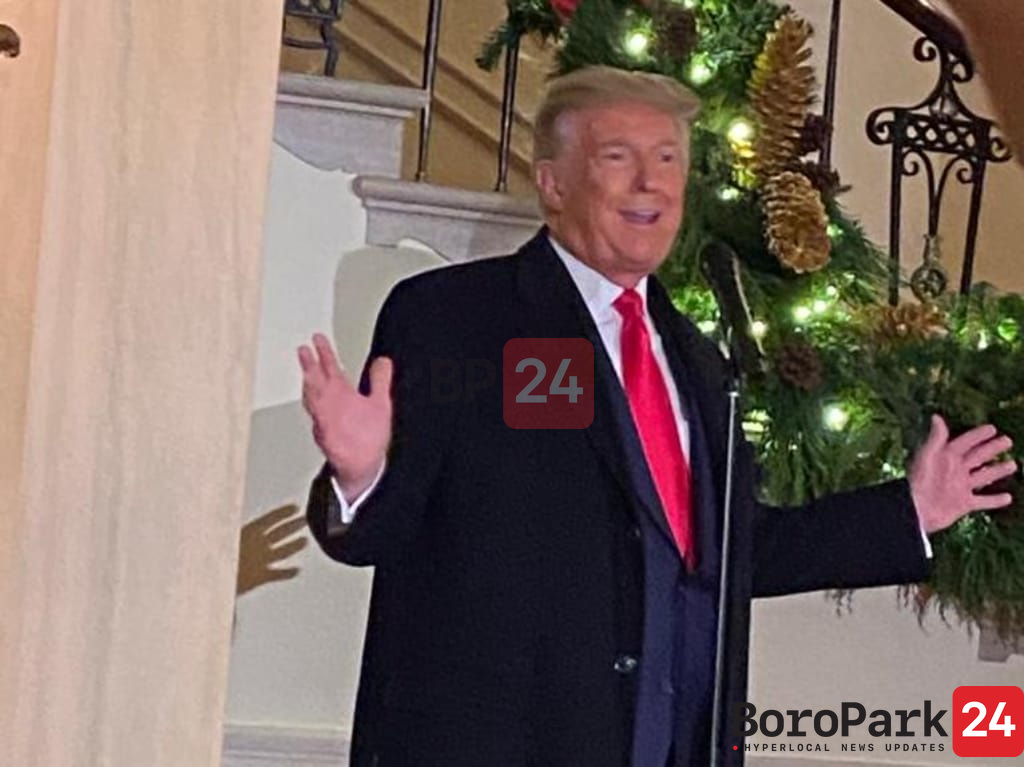 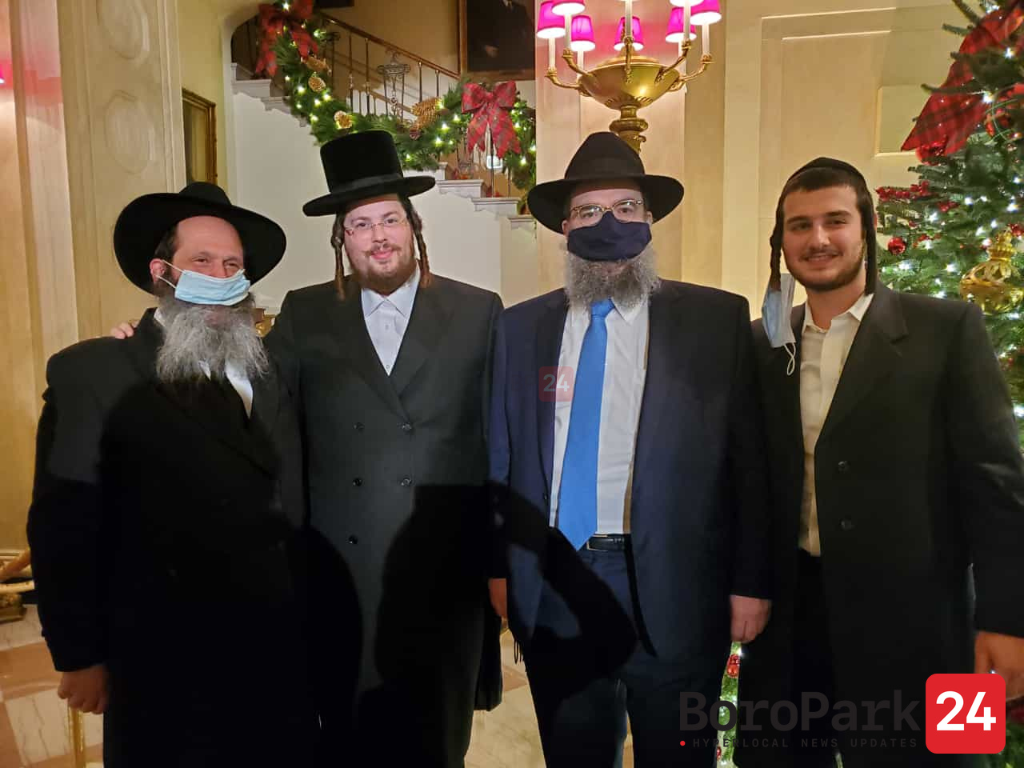 President Trump Speaks at One of His Chanukah Parties Yesterday