This morning, at 8:46am, the time at which Al Qaeda hijackers steered American Airlines Flight 11 into the north tower of the World Trade Center, firefighters at the Boro Park Firehouses Engine 282 and Ladder 148 on 12th Ave. and 42nd St. joined city’s the firefighters, policemen, and many New Yorkers, to stand and to take a moment of silence to honor the nearly 3,000 people who perished 19 years ago today.

9/11 was not only one of the deadliest terrorist attacks ever on innocent civilians, but the attacks were the single deadliest incident ever for firefighters, who lost 343 from their ranks, and law enforcement officers, who, lost 72 from their forces. The firemen and police officers that day and for weeks and months afterwards, worked selflessly and tirelessly to rescue injured victims and retrieve remains of those who perished in the attacks.

At Boro Park Firehouses, speakers honored their heroic fallen brethren, prayed for the comfort of children who lost parents, and renewed their commitments to continue to provide safety and security for the people who live in their neighborhoods. At Engine 282 on 12th Ave, the speaker read perek 23 of Tehillim in English, saying, “Though I walk through the valley of the shadow of death, I fear no evil. Thou art with me. Thy rod and Thy staff, they comfort me.” 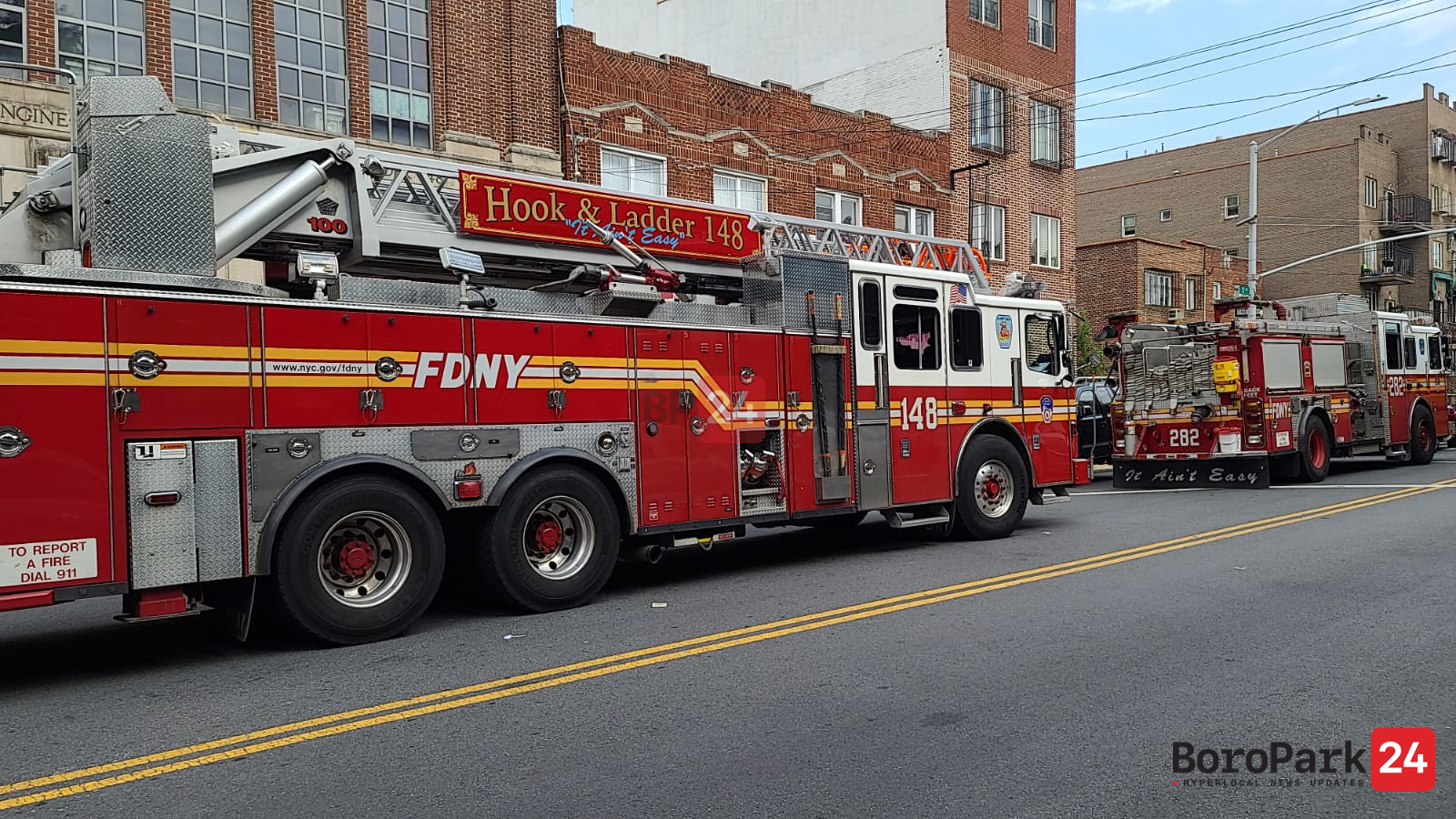 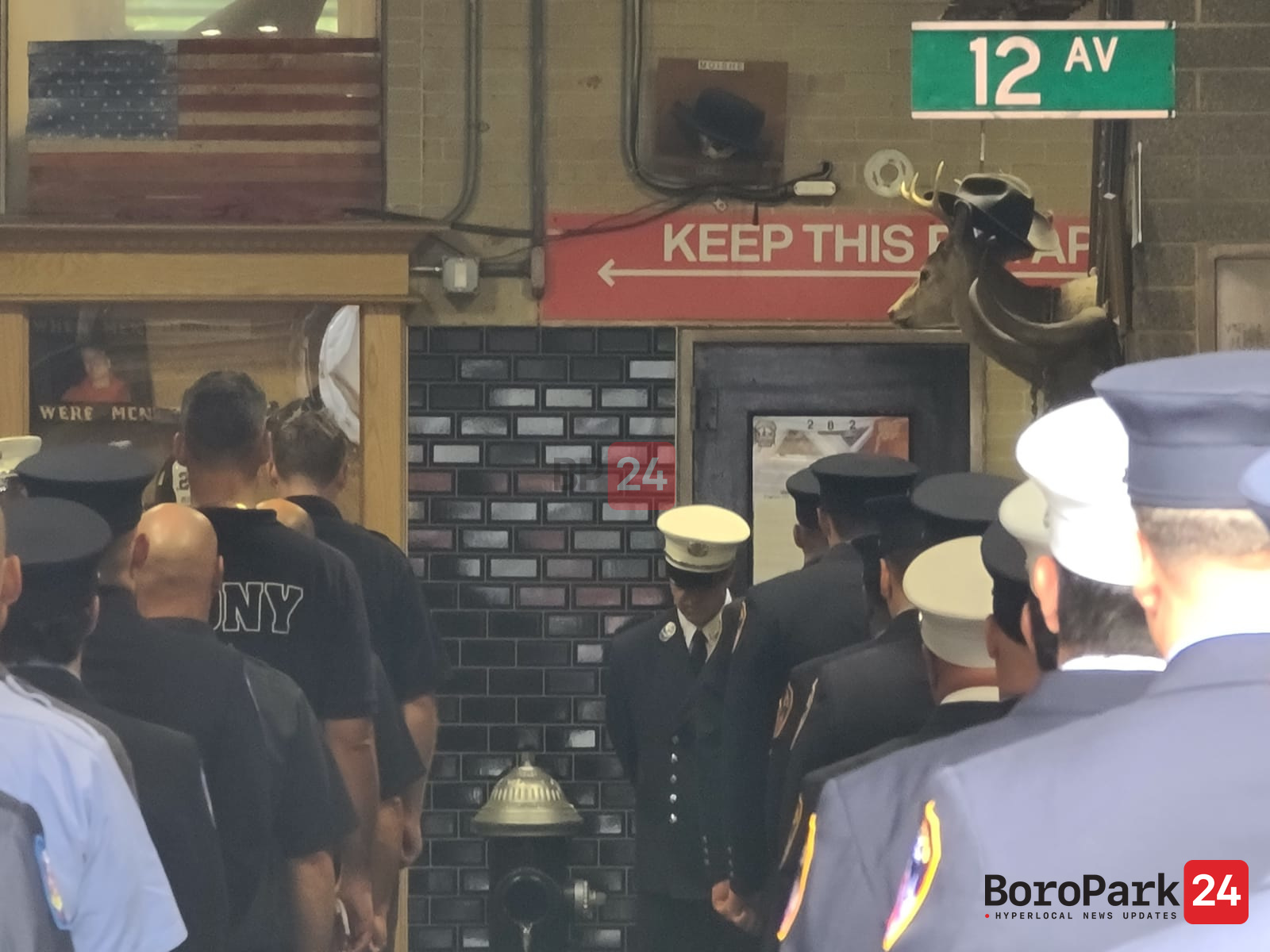 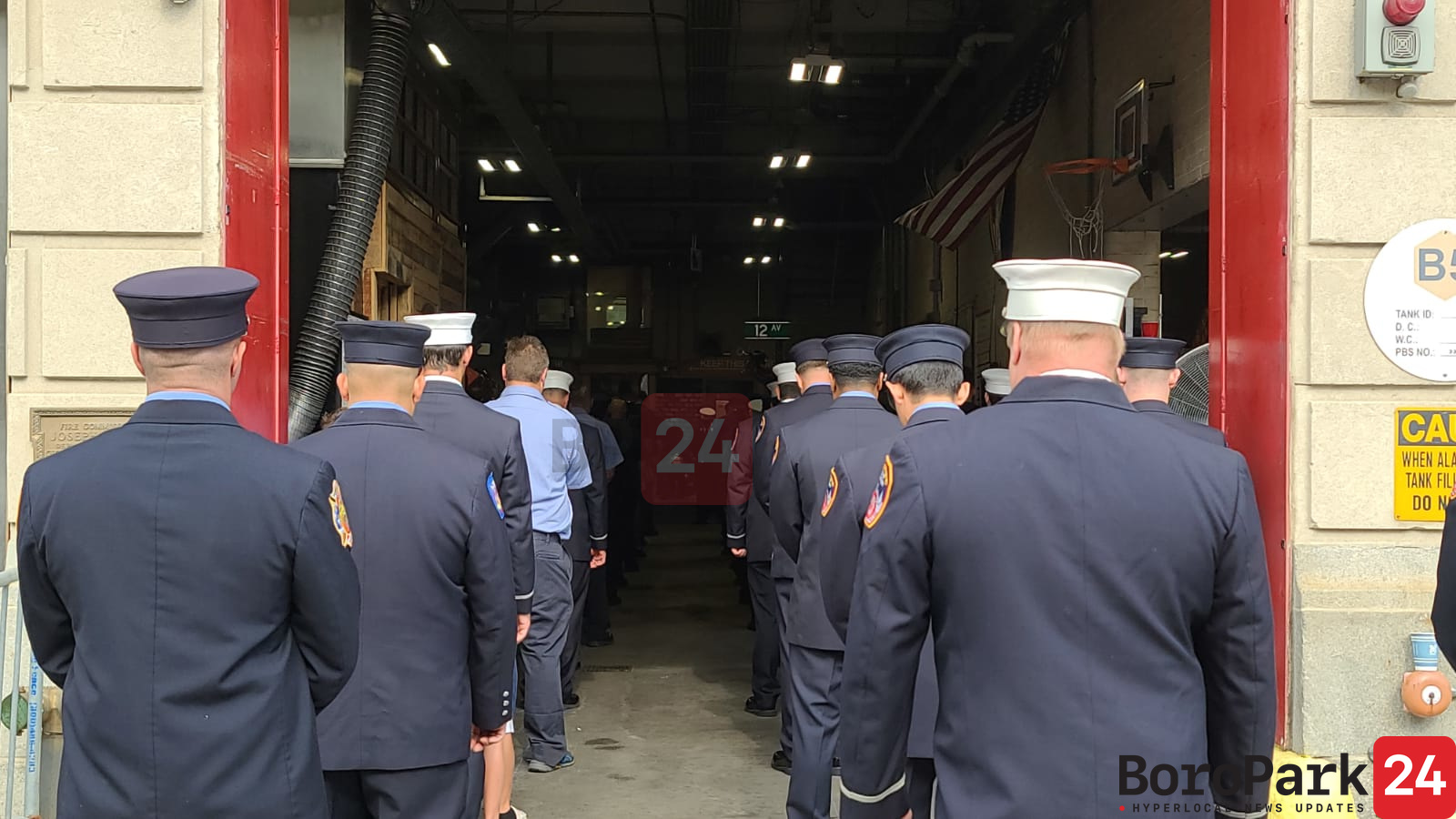 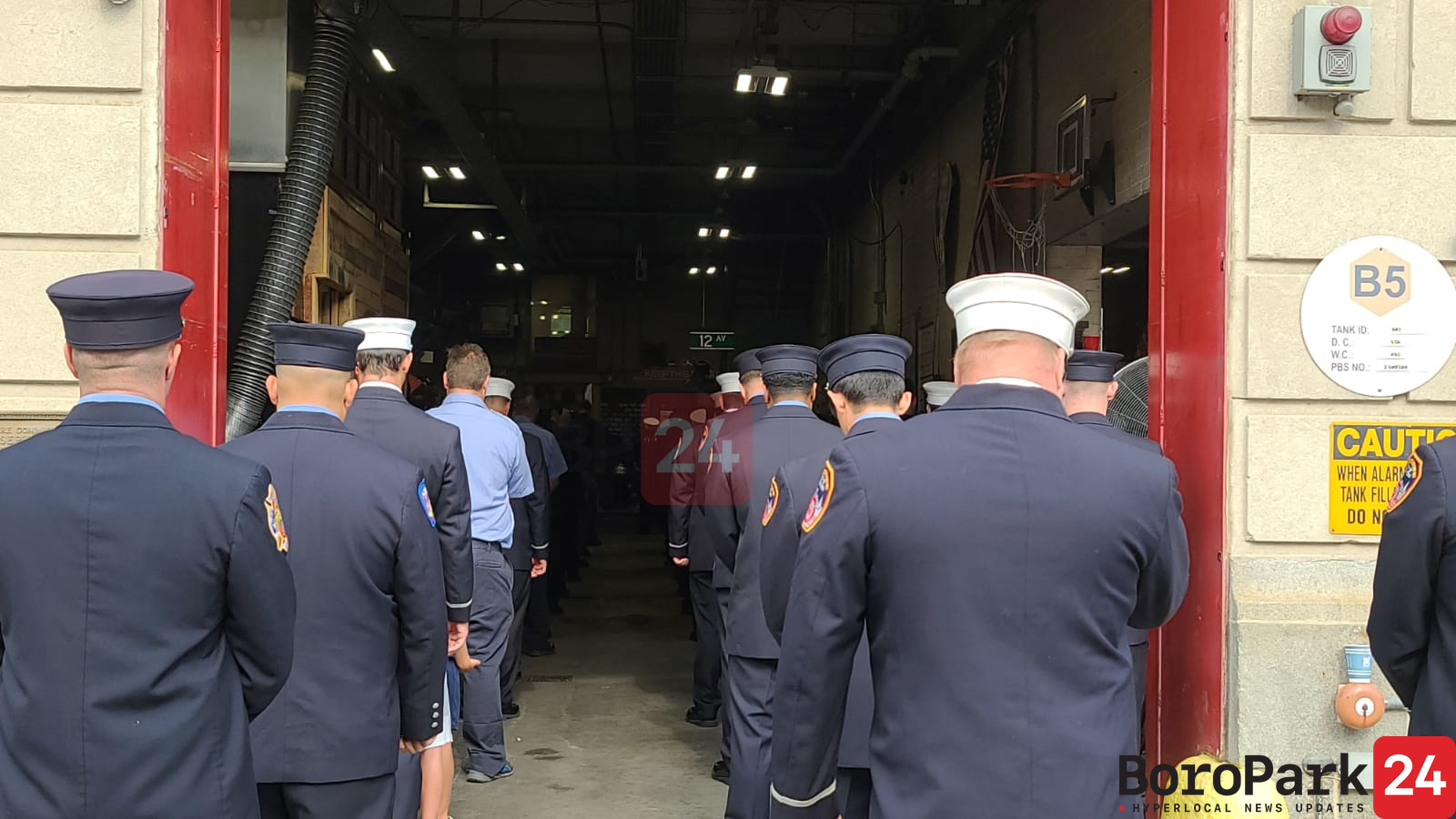 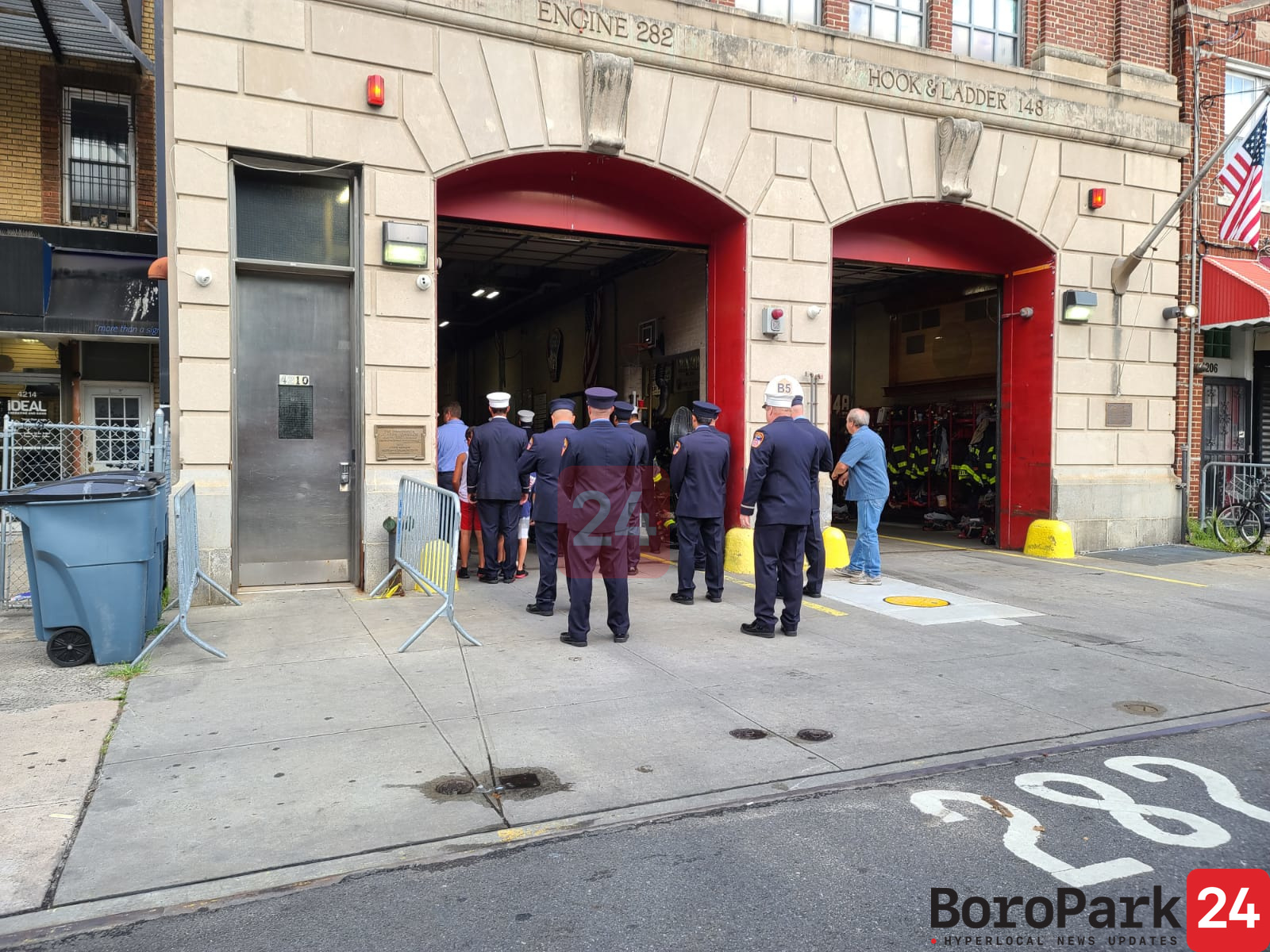 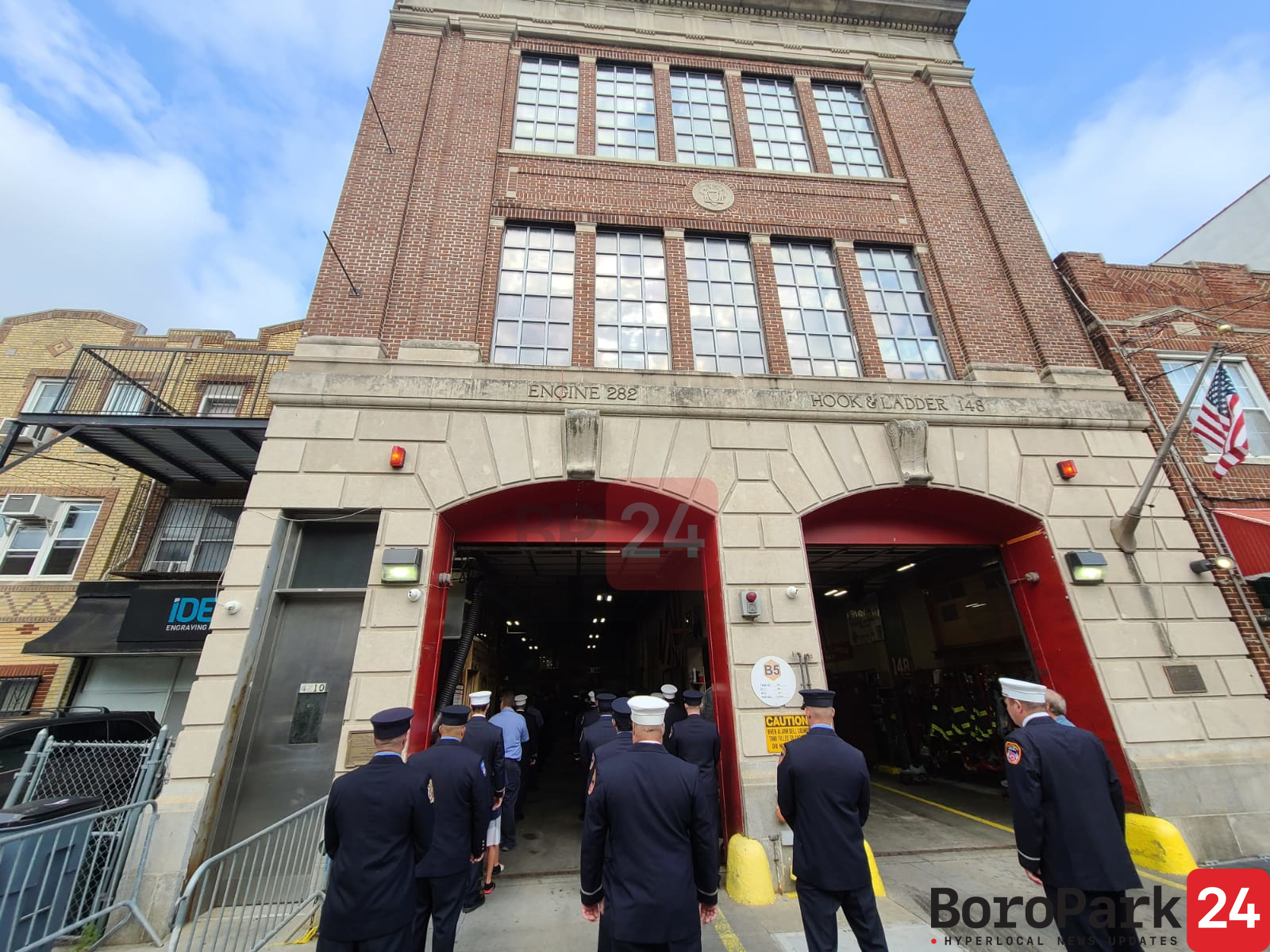