This year, Boro Park residents were fortunate to have beautiful weather for Purim—by a squeaker. While there was ample walking space, and the weather was as close as possible to perfect—the remnants of the snow that hammered us seemingly incessantly in the past weeks was all around us.

Perhaps this is good, so we could appreciate what we were given. Because there have been past Purim’s when Boro Parker’s were not so lucky.

The most recent Purim snow was back in the year 2015—which may now feel like a century ago, with all that we have lived through in the last year). Purim that year fell in early march, and it was a full-fledged snow storm that day. What began as rain the day before, morphed into heavy snow as the temperature plummeted in the overnight hours. The roads were an absolute mess, and throughout the day, it continued to come down heavily.

That storm awakened earlier memories for many.

One Bobover chossid recalls Purim of 1968 when he drove Harav Baruch Duvid Halberstam, the Sorvosher Rav, and Harav Yaakov Yosef, Rav of Beis Chaim Yehoshua in the treacherous snowy weather from Boro Park to Williamsburg to visit their mother, Rebbetzin Leichu (Leah) the wife of Harav Chaim Yehoshua Halberstam, zt”l, Hy”d, who was a son of the Kedushas Tziyon of Bobov, zt”l, Hy”d. “I remember that Charlie, the custodian of the Bobover Shul, made sure that the revelers who came to Bobov had a cleared sidewalk to approach the shul,” he remembered.

Finally (although, in the more-than-one-century of Jewish life in Boro Park there are sure to have been more snowy Purim’s) we have a report in the New York Times on March 18, 1973, about the storm that fell the previous day, Purim.

The blizzard of 2015, as well as the previous white Purim’s, only proved that there is nothing that can get in the way of our desire to be happy on this exalted, joyous day; something that is clearly evidenced from the photographs featured here. The joy was everywhere, and our Boro Park Yidden made the best of it as they danced and pranced in the snow, which provided a backdrop for the beautiful scenes in Purim in Boro Park.

Memory Lane explores the history of our Boro Park shtetl, and appears once a week.

Comments may be emailed to [email protected] 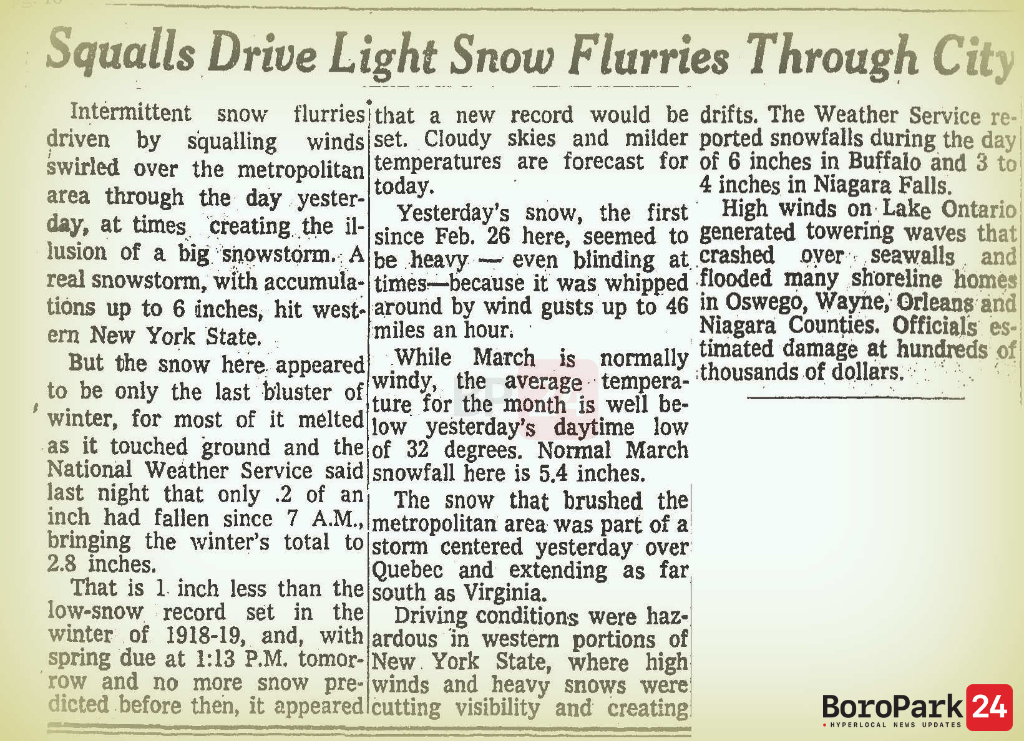 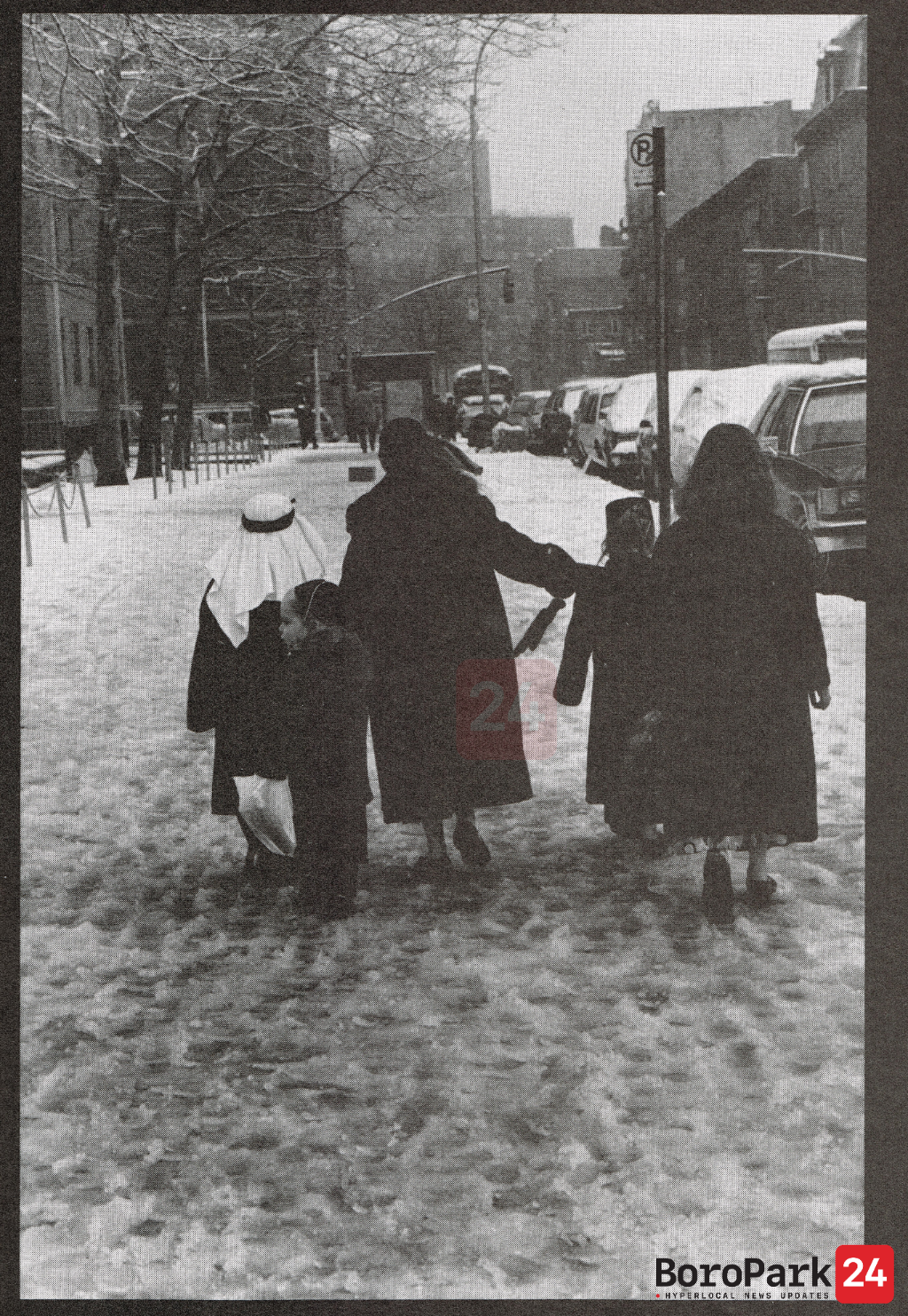 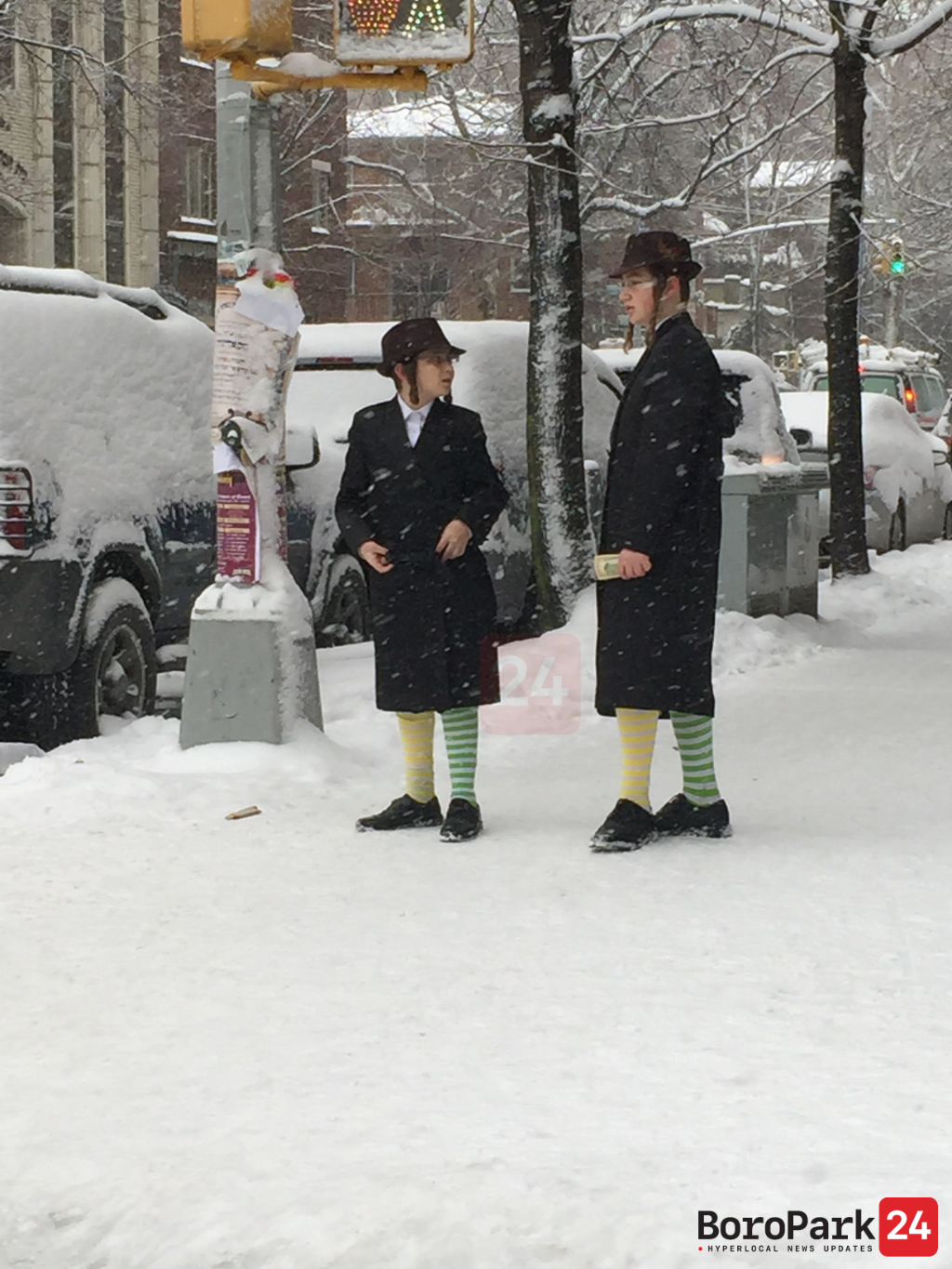 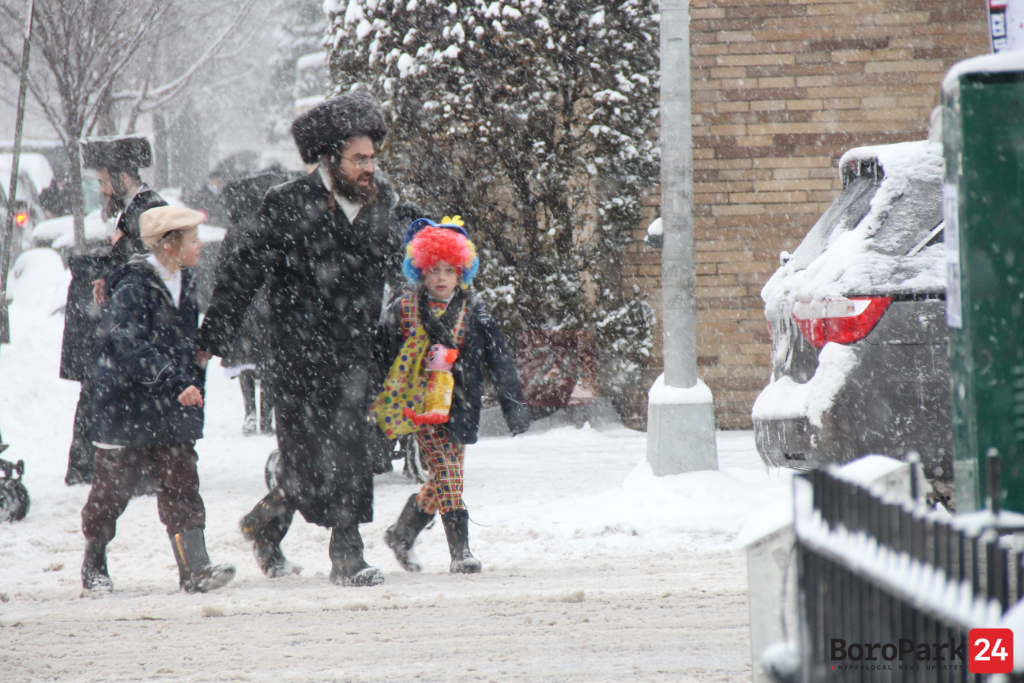 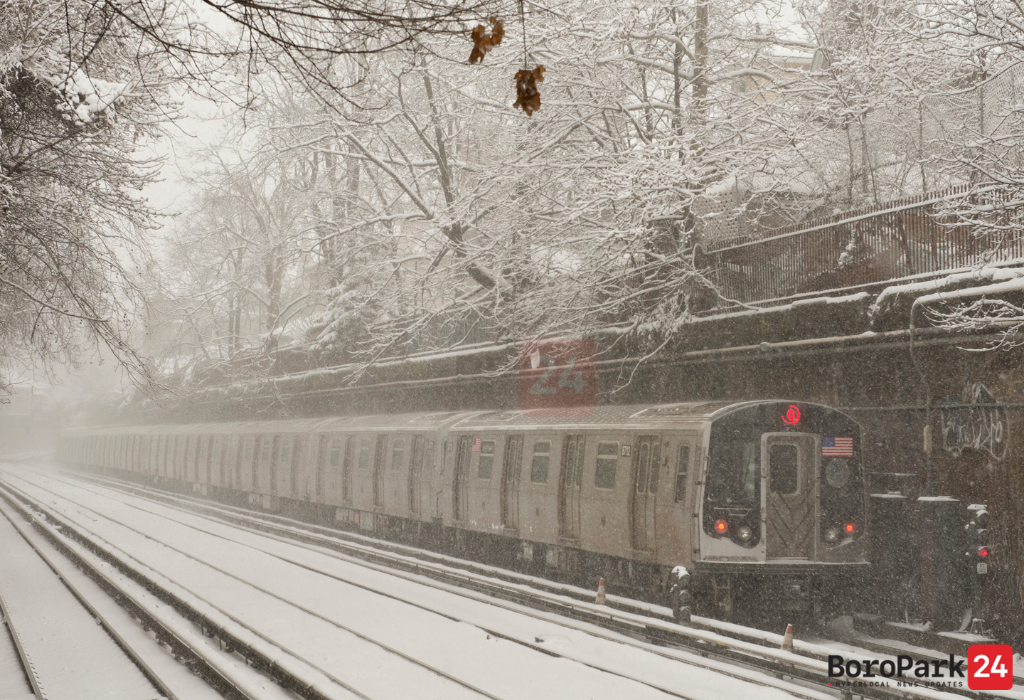 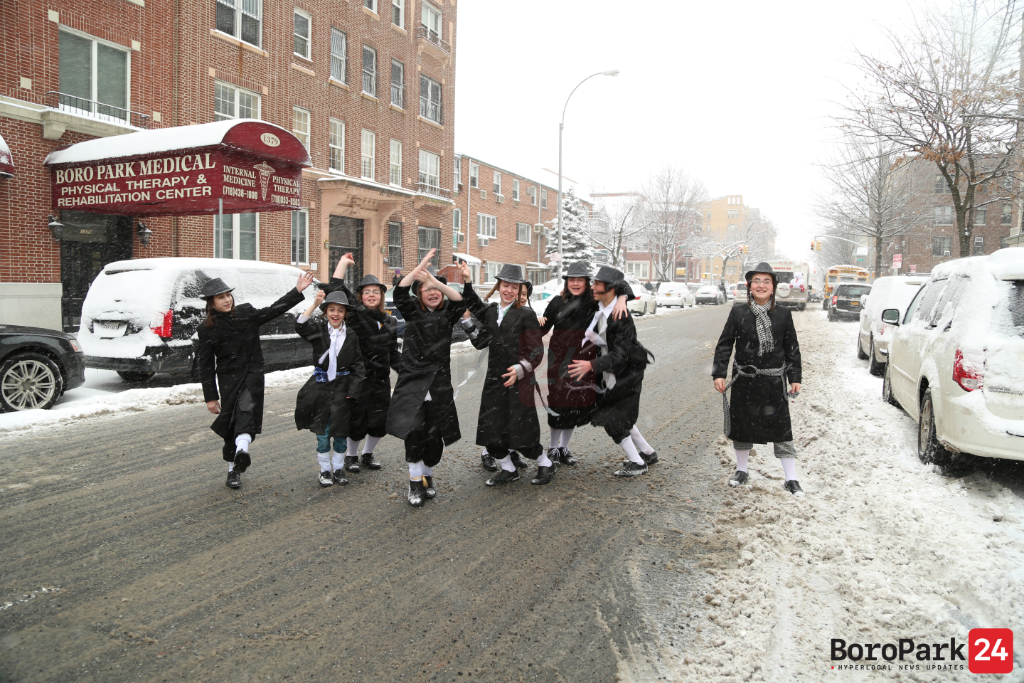 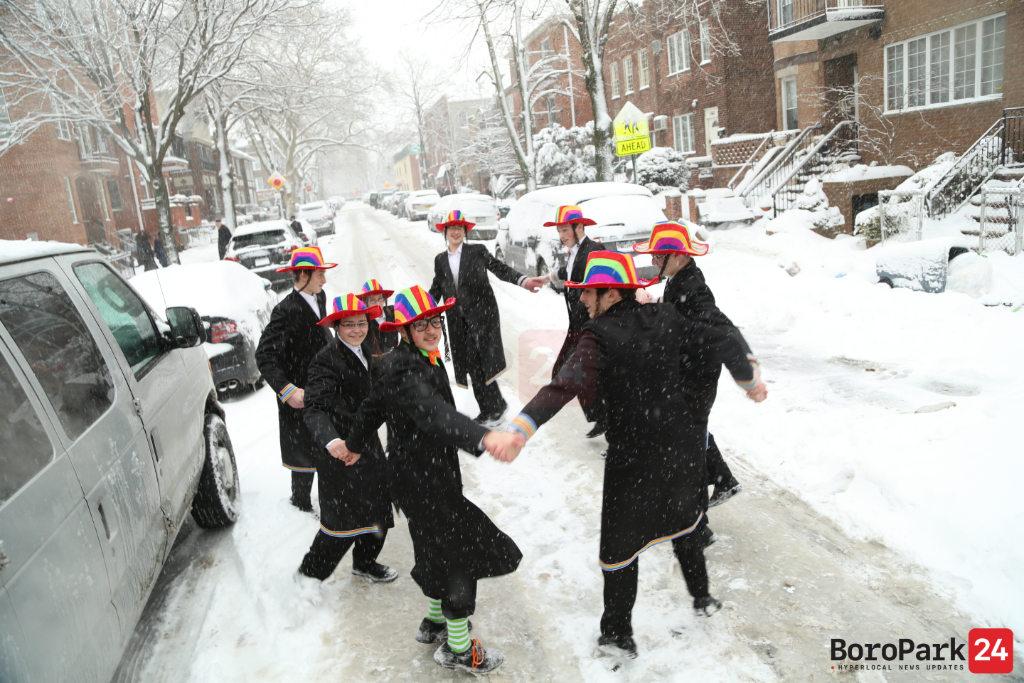 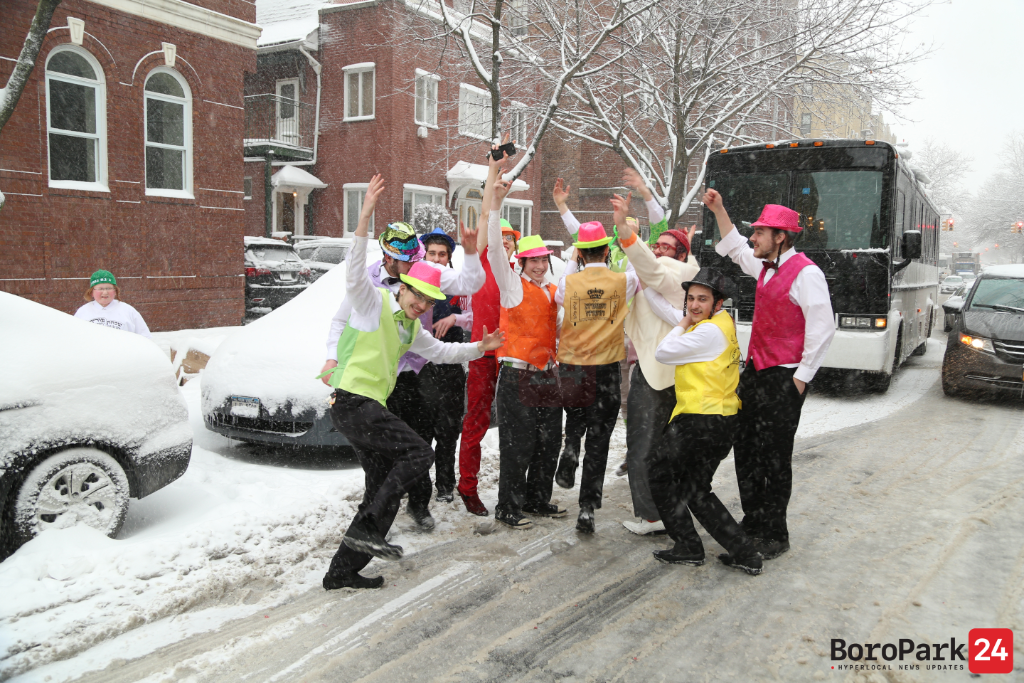 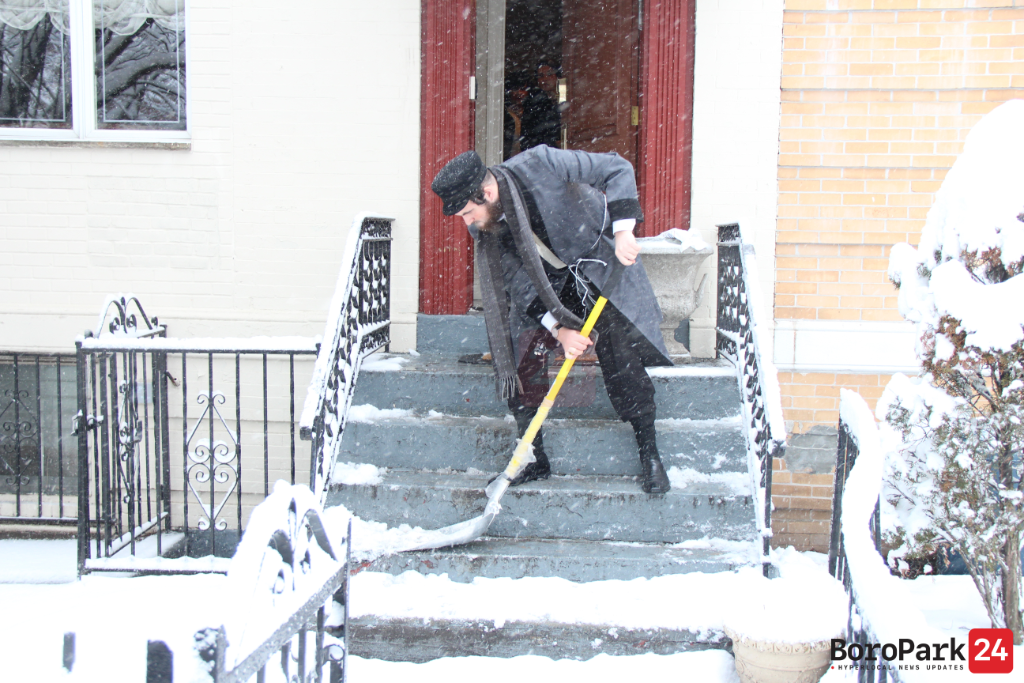