In June, 2021, Douglas M. Schneider, (D) a civil rights and criminal defense attorney, will be on the ballot to represent City Council District 39, which covers a majority of north Boro Park.

Schneider currently serves as the Democratic District Leader for the 44th Assembly district in Brooklyn. The most local form of government, District Leaders' responsibilities include nominating judges, choosing candidates in special elections, and hiring poll workers.

Schneider, his wife Joni, and two children: Micah and Evelyn, live in Park Slope, but he visits Boro Park often to visit their close friends, Yospy and Leizer Igel, who were good friends of his wife’s father, a”h. The Igels, who are long-time members of the Belz community of Boro Park, are in fact, such good friends to the Schneiders that their children call the Igels, “Bubby” and “Zaidy,” and the Schneiders always spend Purim, Pesach, brisos, sheva brachos, and other simchas with them.

“I am not a tourist in Boro Park,” said Schneider, who grew up outside Princeton, NJ, and who learns Torah with Chabad Rabbi Zalman Abramowitz.

Schneider has long shown that he understands issues that are important to observant Jews in Boro Park. For instance, even before he was a district leader, back in 2016, when, along with other pools in the city, the Metropolitan Pool on Bedford Ave. in Williamsburg began offering one hour and 45 minutes twice a week for only women to swim. The New York Times,  had recently praised Toronto for creating women’s hours for to accommodate the sensitivities of Muslim women, but then just six months later, the same editorial page argued against the new single-gender hours that mostly accommodated Brooklyn’s Jewish women, Schneider pointed out, with outrage.

“As a council member, I am aware of the traditional ways of the Boro Park community, and the double standards that are sometimes applied,” Schneider said.

One man who wanted to swim during the women’s time, which was only an hour and 45 minutes twice a week, filed a complaint with the NYC Commission on Human Rights, who along with the New York branch of the American Civil Liberties Union, felt the pools were violating the NYC Human Rights Law prohibiting discrimination based on gender, race or creed.

Not just as a Jew, but Schneider used his training in Constitutional law to support the single gender swimming time.

“Providing this small amount of time for single gender bathing was intended to allow women who felt more comfortable swimming one gender at a time, and those women also should have equal access to a community resource,” Schneider said. “A man who wanted to swim during the women’s swimming time could not make a compelling argument to eliminate single gender swimming. He could have gone swimming at any other time.”

Schneider has said that he was inspired to run for public office after witnessing his parents’ volunteerism. Before serving as district leader, Schneider and his wife, Joni, volunteered for the Park Slope Civic Council.

A desire to help New Yorkers to rebuild the economy during and after the Covid-19 crisis is another reason Schneider wants to run for City Council, said Schneider, who, in particular, wants to help small business owners.

One issue that Schneider would champion for small business owners would be to reduce the number of monetary penalties for minor violations.

Schneider said that, currently, a business owner could be charged for something as innocuous as his or her fence being the wrong color.

“Especially at a time when small businesses are struggling with the effects of Covid-19, monetary penalties should be reserved for violations of regulations that directly and negatively affect the health and safety of the community,” explained Schneider, who added that instead of always hitting the pocketbooks of small business owners, non-monetary penalties should be created as well.

One interesting idea that Schneider has regarding the New York Police Department is to require a residency requirement for officers, of whom a large percentage live in Long Island.

“People policing a city should live in that city,” insisted Schneider, who explained that police officers should not view themselves as a force “that comes from outside the city to come in and clean up the city.”

Anti-Semitism that enters the public dialogue in the city is another to area in which Schneider vocally speaks out and defends Yidden. For instance, when Nick Rizzo, former Democrat District Leader for Williamsburg, posted on Twitter that he “was likely to die on his bike in an extremely Brooklyn way…after getting hit by a Chassidic bus,” Schneider, along with the rest of the Jewish world, asked, “What are you talking about?”

In fact, Schneider blasted Rizzo by posting on Twitter: “Bikers have been killed by charter buses, tractor trailers, distracted drivers, sanitation trucks, and car doors, but never by a ‘Hassidic bus.’“

Schneider went on to say that Nick Rizzo’s fear of Hasidic drivers was “irrational and bigoted.”

In terms of yeshiva education, Schneider said that he believes that, “as long as yeshivas meet the requirements set by the state, people have the right to raise their children according to their customs and beliefs.”

Schneider, whose family emigrated to America from Ukraine, speaks Hebrew, and has lived in Israel. Schneider’s wife, who works as the Commissioner to the Office of Administrative Trials and Hearings and serves as the chief administrative law judge of New York City, also has relatives from Ukraine and Belarus. In honor of the 800,000 Jews of Belarus who were murdered in World War II, Schneider, his wife, and his wife’s mother, operate a small foundation that is committed to memorializing the Holocaust in Belarus.

"Our goal is to place a memorial at each of the approximately 500 massacre sites throughout Belarus,” the foundation’s website says. Readers can learn more at belurusmemorials.com.

Schneider attributes his knowledge and sensitivity to the needs of the citizens of Boro Park to the many yeshiva-educated friends he made in law school at Yeshiva University and his deeply felt and long-standing ties to the Belz community.

“I am an ally of the Boro Park community,” Schneider said. “I have the deepest connections and the best policies for the people in the neighborhood, who can depend on me to work in their best interests.” 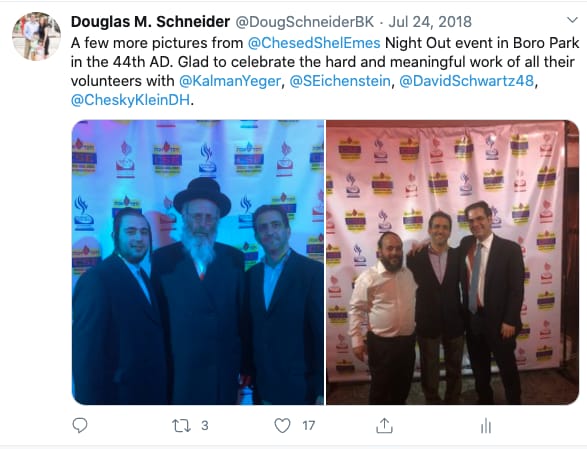 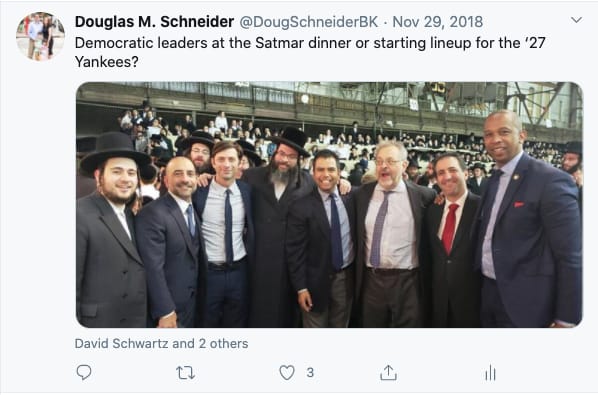 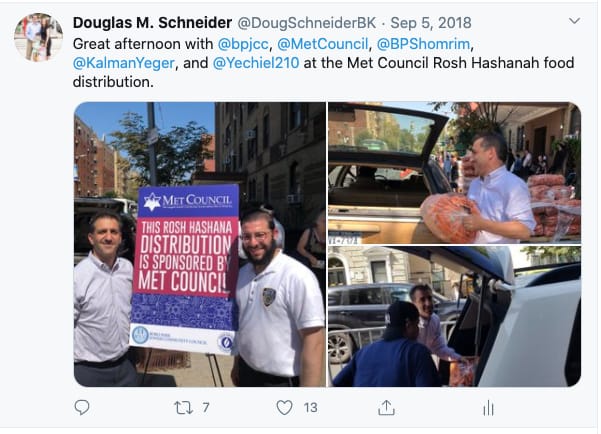