When Shmaya Reichman is not driving cars for Lieberman’s Car Service, which is based in Monroe, Boro Parkers can often find him in good cheer, in an unusual, but very socially useful business, as he sits at tables in front of shuls or yeshivas to raise tzedakah for various mosdos and Jewish chesed organizations.

Reichman, a Bobover-45 Chusid, who grew up in Yerushaylim and has lived in Boro Park for the past 15 years after marrying, often helps to run events at his shul, such as its monthly sreifas challah events, hagulas keilim, and sheimos leganiza.

In addition, before Yom Kippur, Reichman stood outside Bobov-45 to help whomever wanted to come and shlug kapporos.

One day, while Reichman was helping out at Bobov-45, by spending an hour at a table selling raffles tickets for the Bobov-45 Lotto, he did not know that he would launch a whole side business that also raised tzedakah for great causes in Boro Park and its surrounding heimish neighborhoods.

While Reichman was sitting at a table on the corner of Bedford Ave. and Wilsion St. in Williamsburg, on the top of the highway, selling Bobov-45 Lotto raffle tickets, a chussid from the Satmar Yeshiva noticed Reichman’s smile and ease with people before asking him whether fundraising was his job, or he was just volunteering for an hour or two for Bobov-45.

“I said, sure, yes, I can help you also,” said Reichman, who from that day procured a new job every week helping organizations and mosdos to run fundraising campaigns and raffles.

Recently Reichman even sat at a table to give Boro Parkers the chance to take a few minutes to complete their 2020 U.S. census forms.

In addition to raising money for a wide variety of yeshivas and shuls in by sitting at a table in front of Congregation Shomrei Shabbos Anshei Sfard in Boro Park, Reichman can also be found working for shuls and yeshivos in Williamsburg, Monsey, and Monroe, as well as helping out a wide variety of Jewish chesed organizations, such as Hachnassos Kallah, Bonei Olam, the Rofeh Cholim Cancer Society, or the twice-yearly Nitra car raffles.

“For anyone who needs help with tzedakah organizations, I am able to do it,” explained Reichman, who added that he enjoys what he does because he likes to help people to raise funds for good causes.

Although most days Reichman spends at a table outside shuls raising funds yield $3,000 at the most because most people donate between $5 to $20, he said, one cause that was particularly lucrative was a campaign that raised many times that in three days to help to post bail for Shalom Rubashkin, who served eight years before President Donald Trump commuted his sentence in 2017.

Another very successful tzedakah campaign took place 12 years ago, when rabbis, rebbeim, and dayanim wrote a קול קורא to Yidden in Monsey asking them to each give at least $120 to help with the efforts to bring 57 men, women, and children from Rayda, Yemen, which had grown increasingly dangerous in 2008, after the rise of the Houthis, which is a Shiite Muslim rebel group.

The incident that clarified to Yemenite Jews that they had to leave their homeland immediately occurred in December, 2008, when Moshe Nahari, a father of nine, a teacher, and a prominent member of the Yemenite Jewish community, was tragically murdered, after refusing to convert to Islam.

After Nahari’s murder, the U.S. State Department worked together with the Hebrew Immigrant Aid Society and other groups to bring 57 Jewish Yemenite refugees to Monsey, where many of the refugees had extended family members.  At around the same time, several Jewish agencies helped another approximately 60 Jewish Yemenite refugees were also helped to resettle in Eretz Yisroel.

“So, it was a really good cause,” Reichman said, “and one day, a friend of mine from Monsey, someone who learns in kollel, comes up to my table and gives me his credit card, and tells me to “Swipe the card for a $500 donation.’

The Yingerman replied that the rebbim had written in their letter asking for donations that the cause was so important that people who did not have the fund should go out and collect the $120 to donate, and also that whomever donated to help the Yemenites would see their tzedakah come back to them.

“So, the Yingerman told me that no, he didn’t have the money, but to ‘swipe him for $500,’ and then he would go and collect the money,” Reichman said with a good-natured laugh. 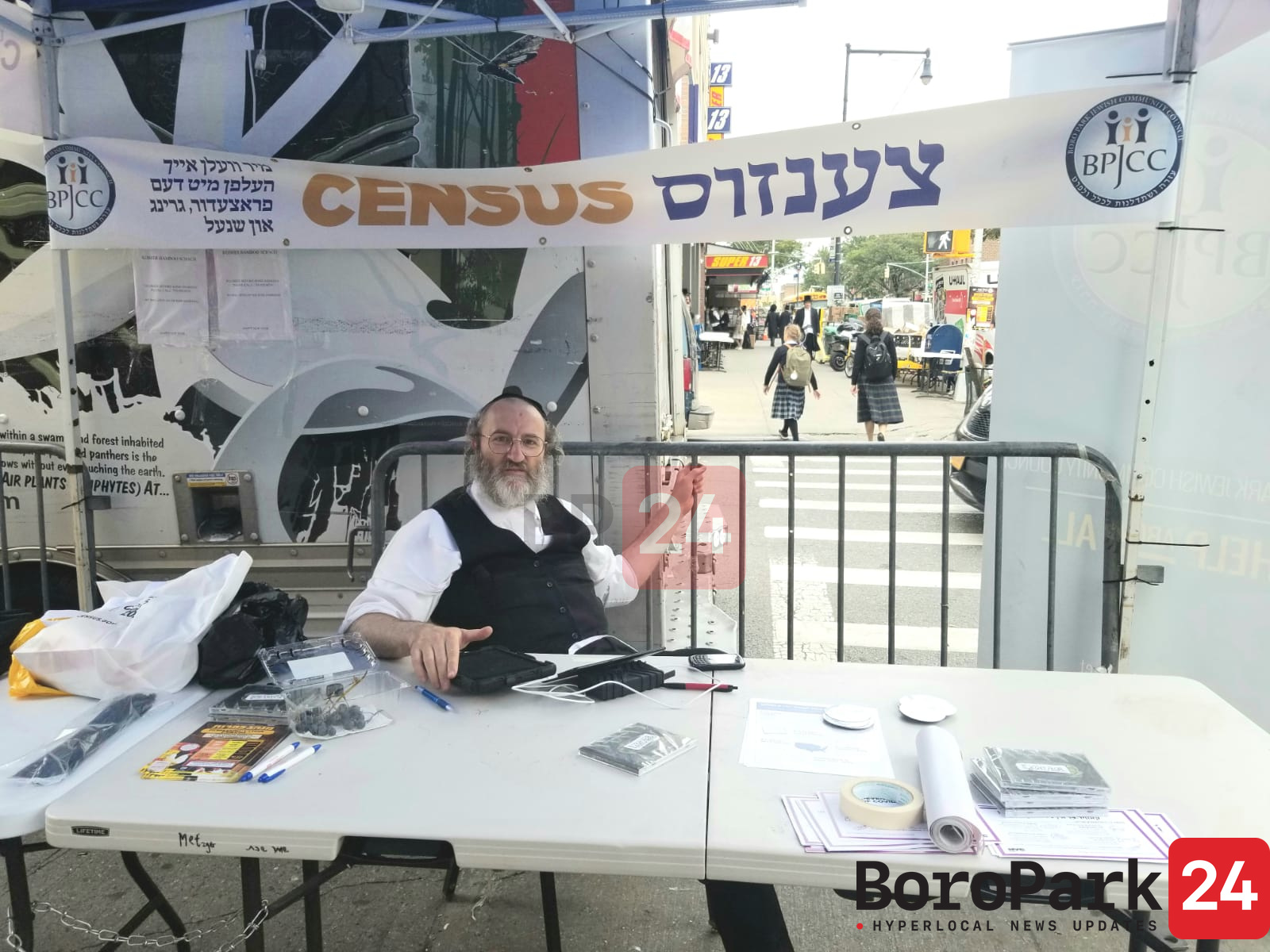 Burglar Arrested After Stealing From Multiple Cars on 14th Avenue