Since 1977, when Michael Buksumski first opened Mike’s Tailoring on 4116 14th Ave., four generations of Boro Park men and boys have been coming to him to get their suits altered to perfection. Now, since 2014, that Michael has joined forces with his son, Leon, men who once came to Mike’s as children with their grandparents, now come into the shop with their own eineklach to shop for suits and pants at the store that is now called LMB Tailoring.

If you are doing your job, and if you are good with the customers, they stay with you,” Leon Buksumski, explained to Yehudit Garmaise of BoroPark24.com, over the whir of sewing machines running in the background. “We were closed for a couple of months because of Covid.

“We were not allowed to be open, but we were so touched that we had a bunch of clients who told us, ‘We were coming by; we were worried about you! We still need to buy our pants and suits!’”

Not only do the men of Boro Park love the father and son team who sells them elegant clothing, but the Buksumskis love their customers, as well.

“Let’s say, by accident, I give back a customer too much change, which sometimes happens,” said Buksumski, whose Aunt Varem also helps out with the tailoring at the shop. “Here, my customers always give back whatever cash was too much. The people of Boro Park are good, nice people. They have something in their hearts.”

Buksumki does not just love the Jews of Boro Park, but he goes on to sing the praises of am Yisroel.

“All in all, Jews are the best and smartest group of people in the world,” he asserted. “Maybe we are not the fastest runners or the highest jumpers, but we have Torah, we have Talmud, and we have seichel.”

“The answer is that we are strong, we are smart, and we have seichel.”

The elder Buksumski, who was taken with his mother and sister at age five to the ghetto/concentration camp Pechora in Chernovitz, Ukraine, unfortunately, knows how strong Jews must remain. Buksumski tragically lost his sister, but, he and his mother miraculously survived. Buksumski’s father, who had been sent to serve in the Russian Army, where he was injured, returned to his family after the war in an emotional reunion in which they barely recognized each other.

Six years ago, Buksumski came to work with his father, after 24 years of working as a corporate business analyst for Citibank, where, among other clients, Buksumski managed the pensions for the public school teachers of New York City.

Although Buksamski enjoyed his job, he became disillusioned with corporate America after his workplace reduced his staff that had started with 60 people, down to a group of six people, who were expected to do the same amount of work,” said Buksamski, who enjoys the security and independence of working as an entrepreneur.

Leon Buksamski knows men’s fashion, and not just because he studied fashion design at Parson’s School of Design, before going on to study computer programming at NYU, but because making clothing is in his blood. Leon’s father, Michael, learned to sew when he was 14 and later worked in Odessa, Ukraine, along with 20 to 30 others who worked as cutters and tailors in a Communist-owned store that made custom-made suits for both government officials and for chassanim.

In addition, in Odessa in 1921, Leon’s grandfather on his mother’s side managed a large clothing manufacturer that employed 5,000 to 6,000 people, who first made coats and later uniforms for Russian soldiers.

Although other men’s stores that sell designer suits and pants usually offer men’s clothing in a wide range of colors, don’t expect to see anything other than charcoal gray, navy blue, and of course, black at LMB Tailoring.

“Calvin Klein, Michael Kors, Ralph Lauren, and other designers, of course, provide menswear in colors such as brown, off-white, or beige, but in Boro Park, if I buy those colors, I will always have those suits as ‘historic pieces,” Buksumski, says with a laugh. “Almost all of my customers are religious Jews, who wear dark colors.” 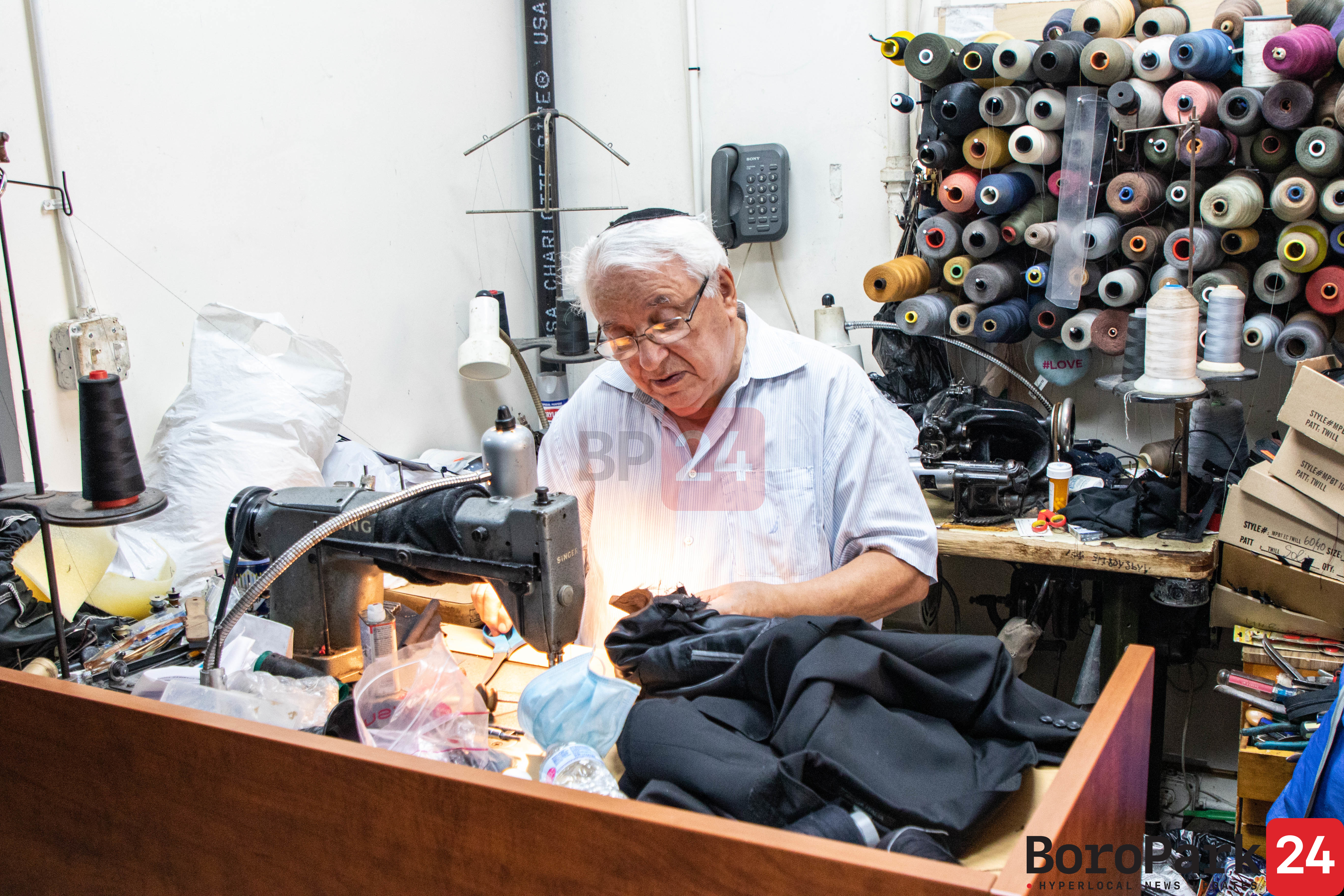 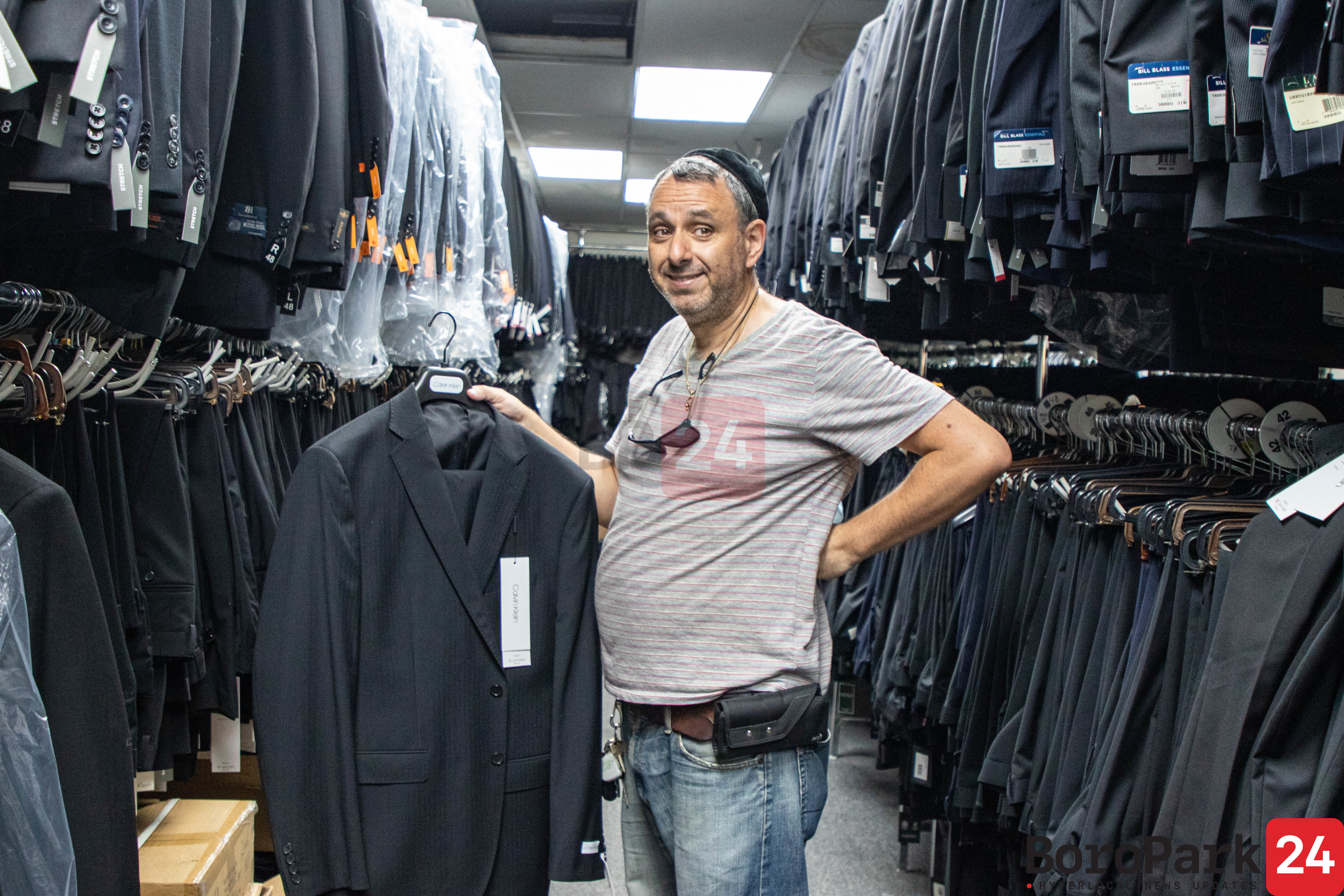 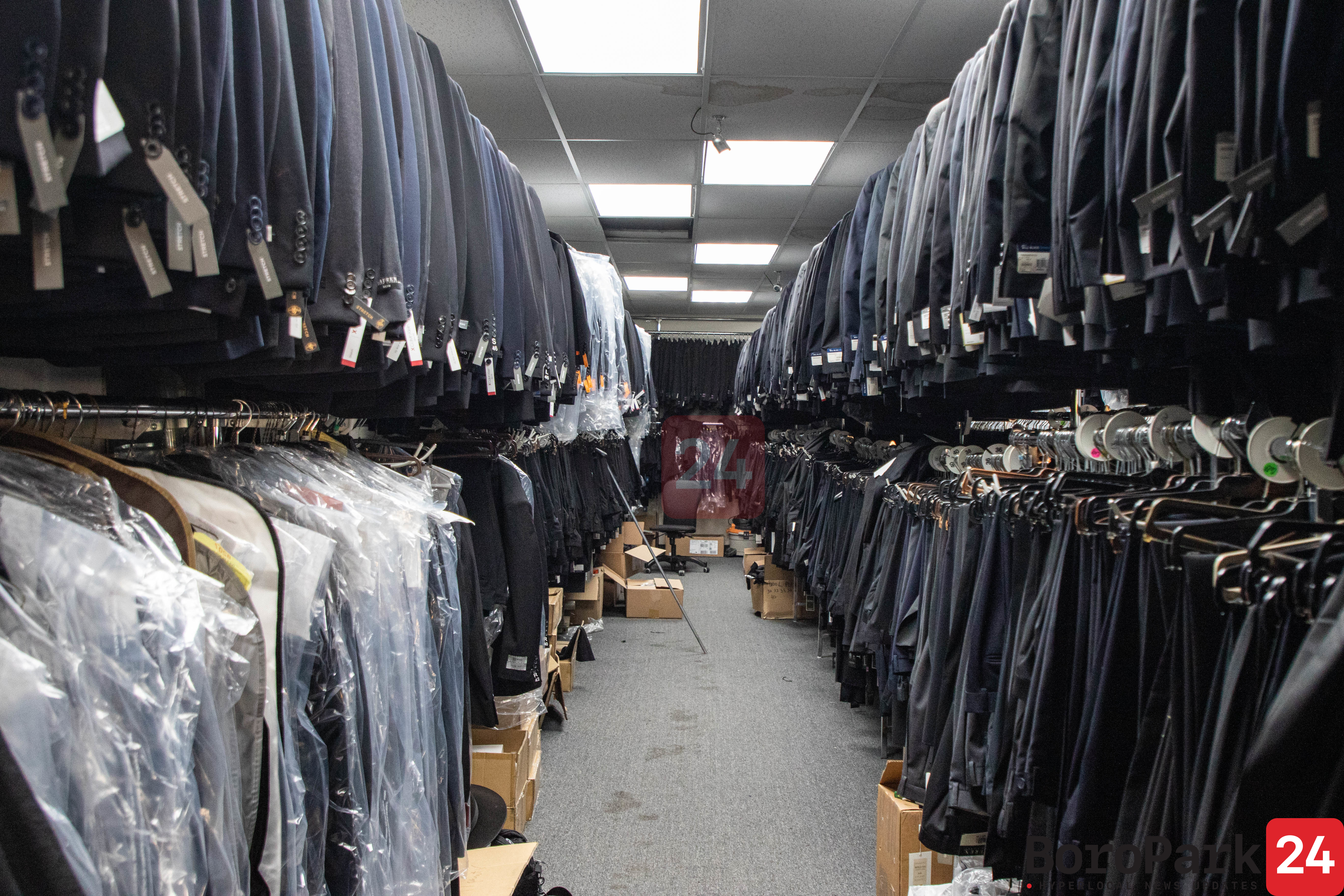