“Many ‘people,’” said Motty Markowitz, the owner of Glitz Home of Gifts, who is really perhaps referring to “husbands,” think that after 20 years of marriage, they no longer need to buy gifts.

To illustrate his point, Markowitz remembered that recently a lady came in to buy a small gift, and as she was paying, she told the store owner that she was going to ask her husband to come to the shop to pick up the gift.

“While he is here,” the lady confided in Markowitz, “if he happens to want to buy me a gift…I love your flower arrangements.”

So, Markowitz smiled and nodded, and when the lady’s husband arrived to pick up the original gift, Markowitz dutifully pointed out that his wife had really admired the store’s large selection of very real-looking artificial flower arrangements, which were thankfully purchased as well.

“People think just chasson and kallahs need new things and gifts, but it is not true: everyone wants and deserves gifts,” Markowitz pointed out.

Although Glitz Home of Gifts, which is located at 4105 13th Ave., has become the neighborhood’s headquarters for gifts for every simcha and Yom Tov, after learning in Rabbi Wosner’s yeshiva in Eretz Yisroel, getting married, and learning with Rabbi Simcha Stroli at the Viener Kollel, Markowitz first started out in the working world by helping his father, who was distributing Ami Magazine. Then, for three years out of his home, Markowitz started his business, Shtiky Shtik, which provided all the umbrellas, arches, baskets, balloons, and candy women’s sides needed for kallahs’ grand entrances to the dancing at their chassanos.

But when his shtik customers repeatedly asked him where they could find appropriate and elegant gifts for chassons and kallahs, Markowitz started adding a few gifts to his shtik business. Then, several years later, Markowitz moved Shtiky Shtik out of his home and into the 13th Ave. shop he appropriately renamed Shtiky Shtik N Gifts, which featured a memorable green sign with a large umbrella as its logo.

In 2016, Markowitz sold Shtiky Shtik, which remains a thriving business that has retained its original name, and Markowitz once again changed his business’s name to Glitz, which now focuses just on gifts and home décor.

Although Markowitz sells a wide variety of everything Boro Parkers need to beautify their holy Yiddishe homes, he pointed out that the basic things everyone needs, like drinking glasses, challah boards, matching challah covers, and dish towels should not necessarily be overlooked.

So often, customers come in looking for a gift that is “new and different from the usual,” which is fine, but then I hear that some chassons and kallahs receive mostly “unusual gifts,” and not the basics that they needed,” Markowitz said with a laugh.

“What are the most typically bought gifts for chassons and kallahs,” asked Heshy Rubinstein of BoroPark24.com.

In addition to beautiful items for the home, Glitz is so well-known for its beautiful and eye-catching gift wrapping, that sometimes customers bring gifts in from other stores to be wrapped.

While, like most stores, the lockdown caused by the pandemic forced Glitz to close its store temporarily, Markowitz said customers were able to get what they needed for Pesach, just by calling in orders, ordering on Instagram, or via Whatsapp.

“So many people were making Pesach for the first time this year, and we got them what they needed to set beautiful seder tables without anyone having to come into the store,” remembered Markowitz, who said that 75% of his sales before Pesach were via Whatsapp.

Markowitz makes things easier for customers in other ways, as well, such as setting up convenient accounts for groups to use when they chip into gifts together.

“Instead of having to settle up for their gifts at tenoimims, or other simchas, customers can just set up accounts with us, and everyone in the group who is giving a gift, can call in and give credit card numbers over the phone.”

For Rosh Hashana, Markowitz pointed out a wide selection of apple plates, honey dishes, leichters, napkin rings, chargers, (decorative plates that go under dinner plates), a 14 karat gold challah plate (Everyone needs one!) and of course his famous flowers, for which he has in-house designers to beautify homes for Yom Tov. 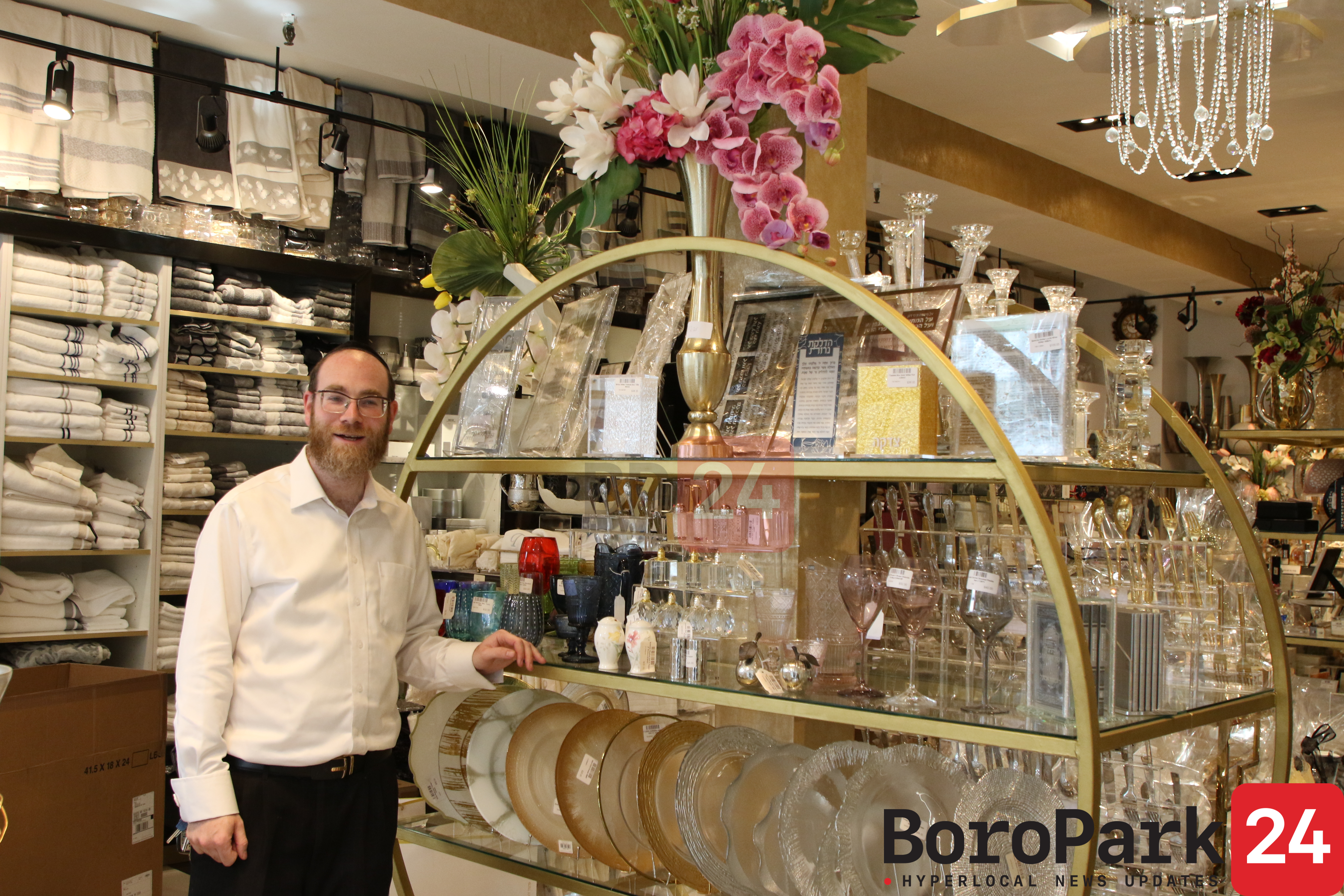 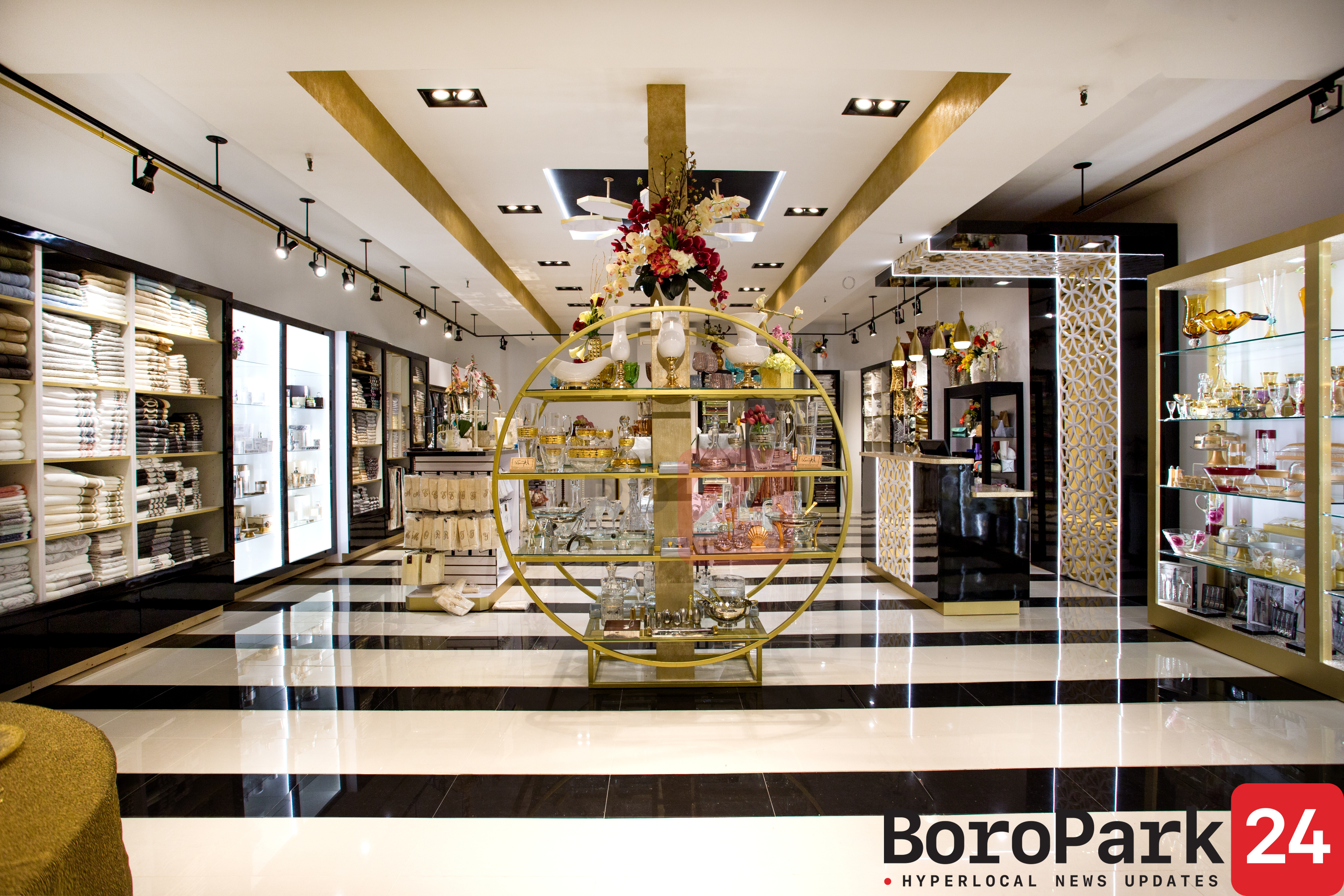 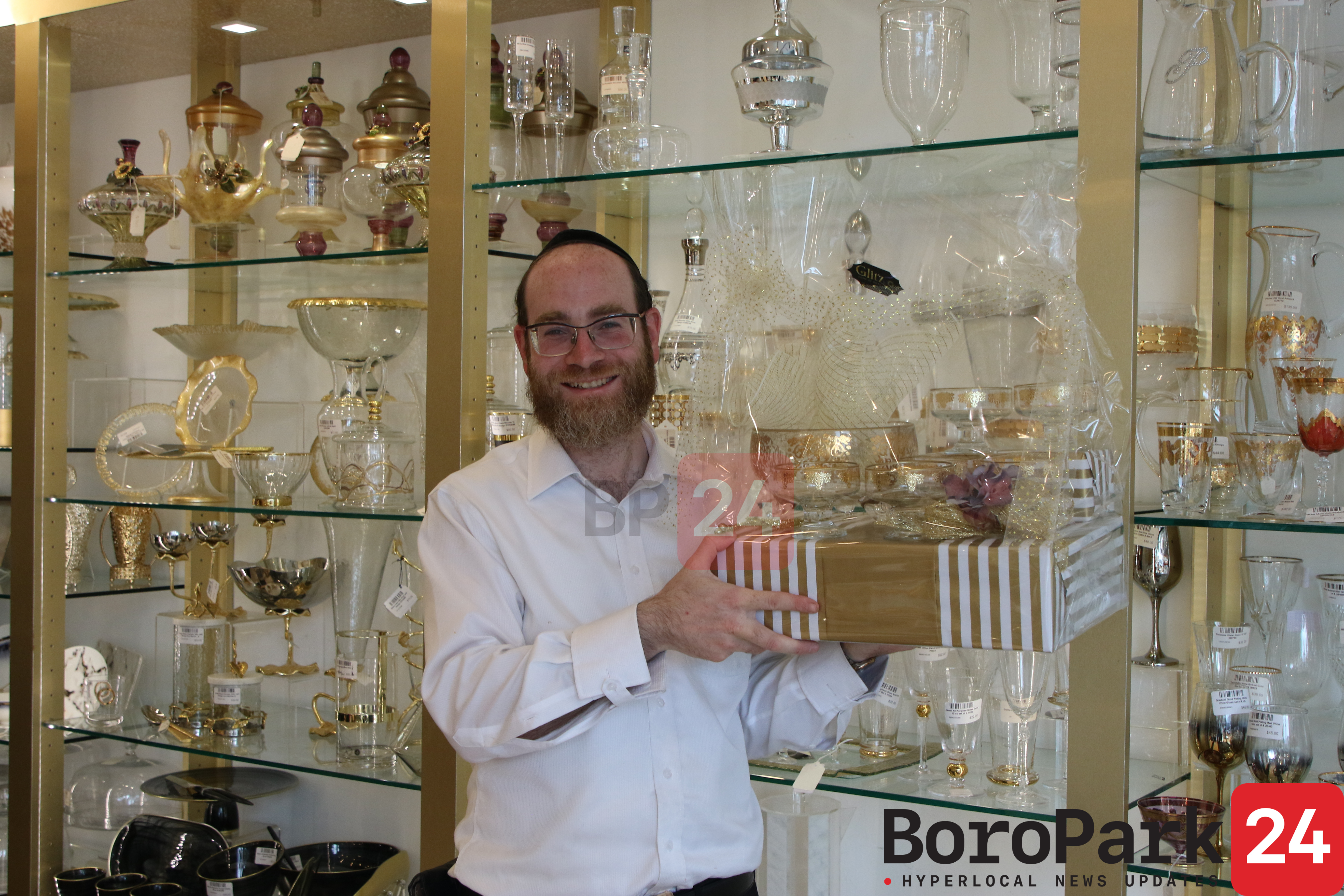 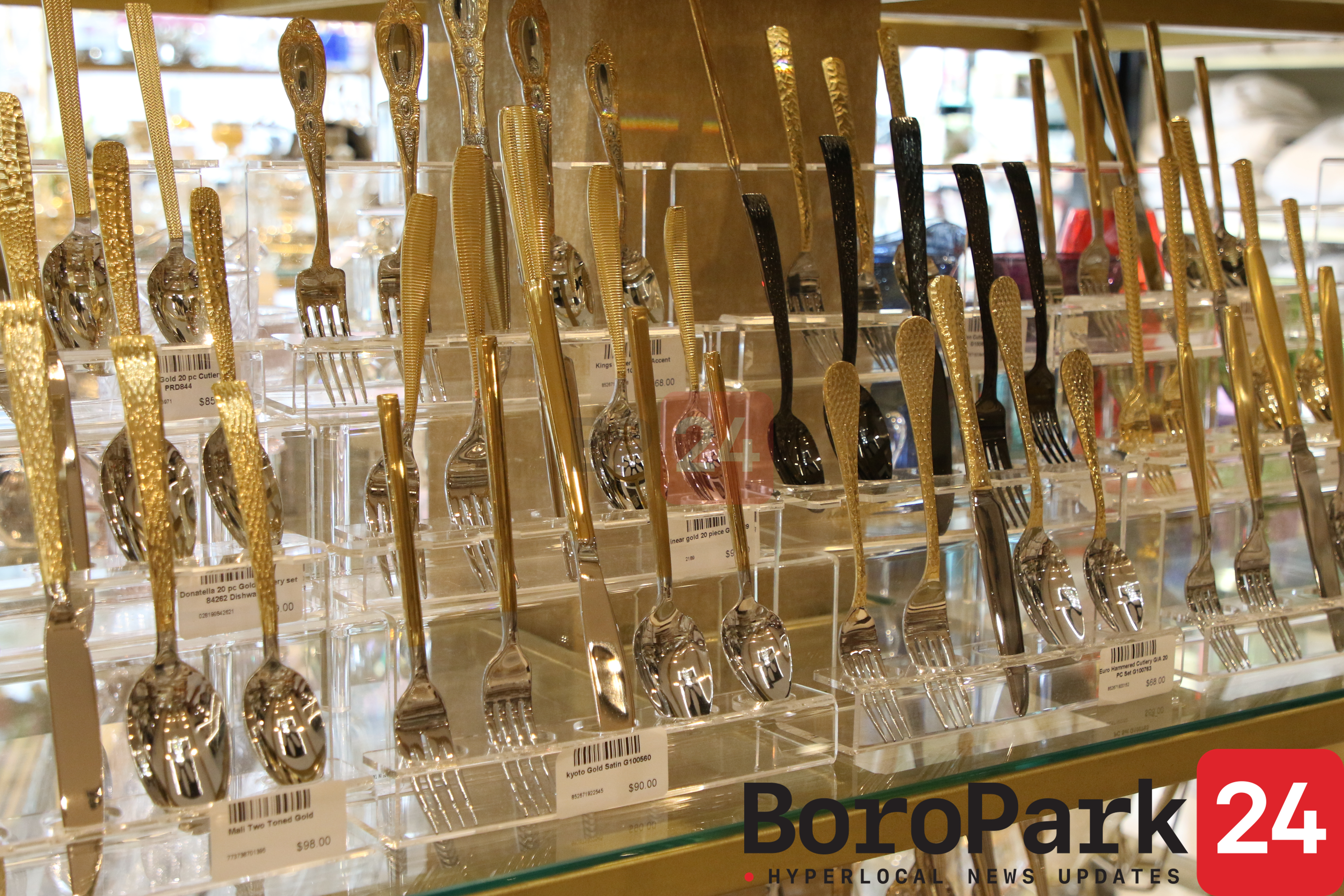 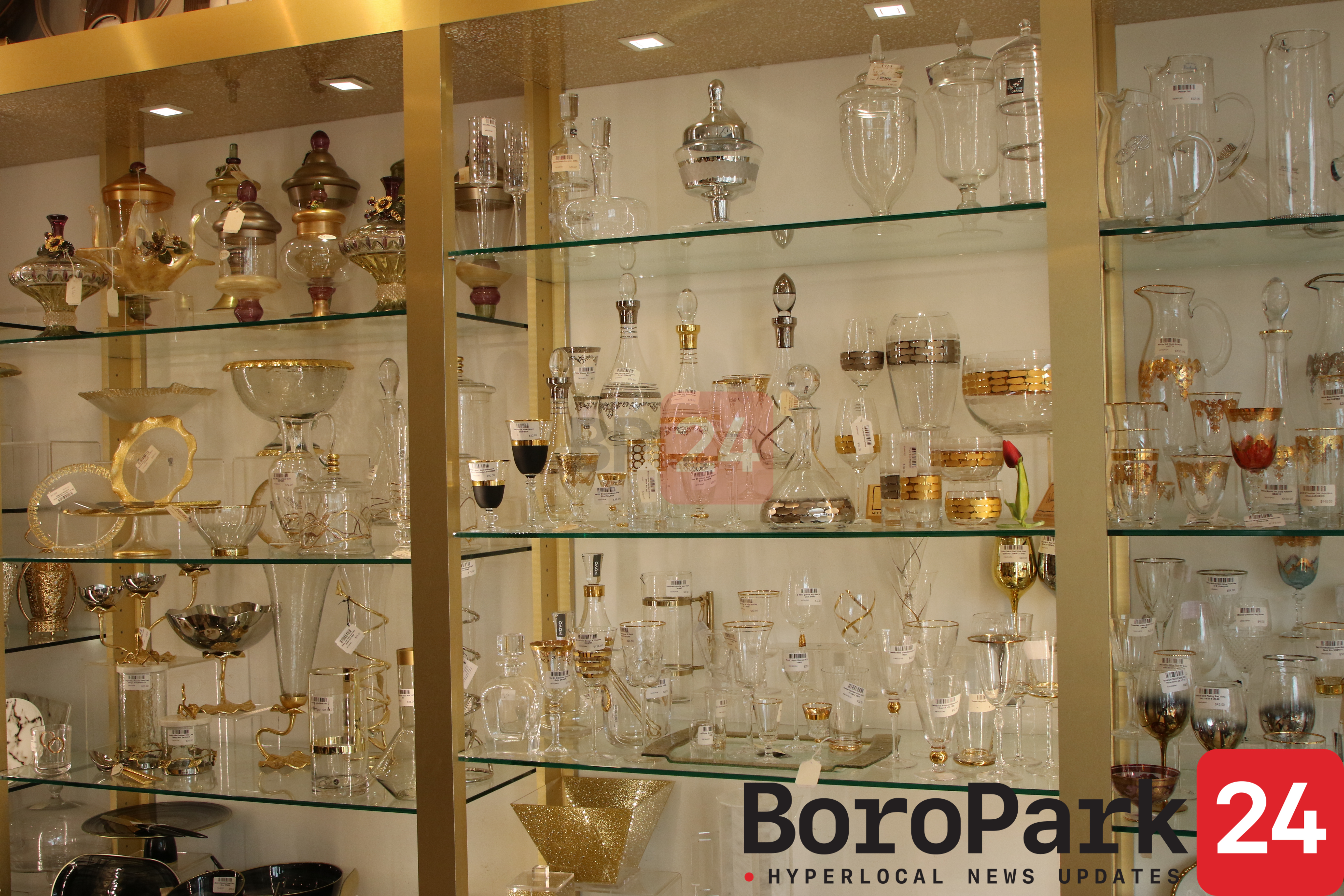 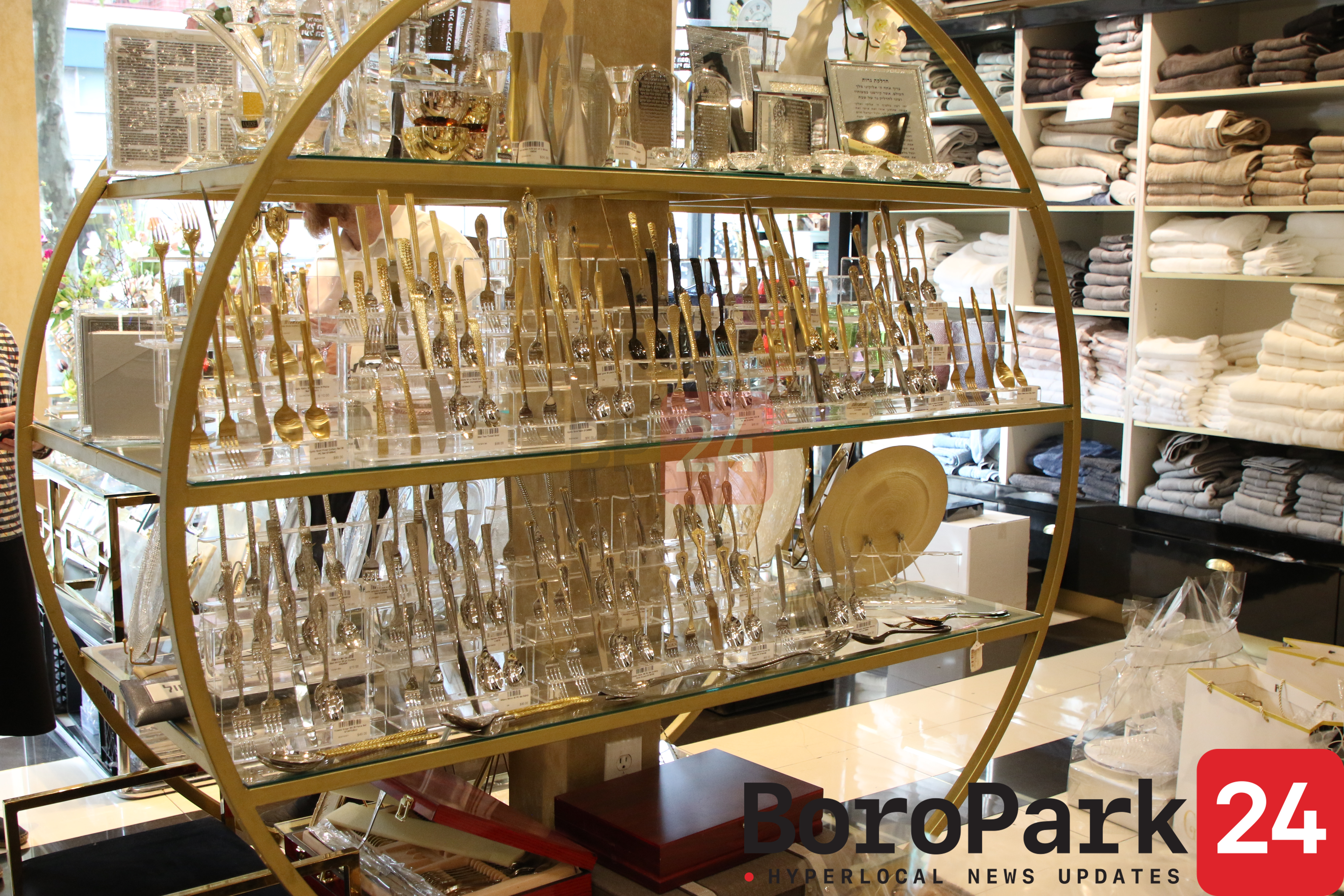 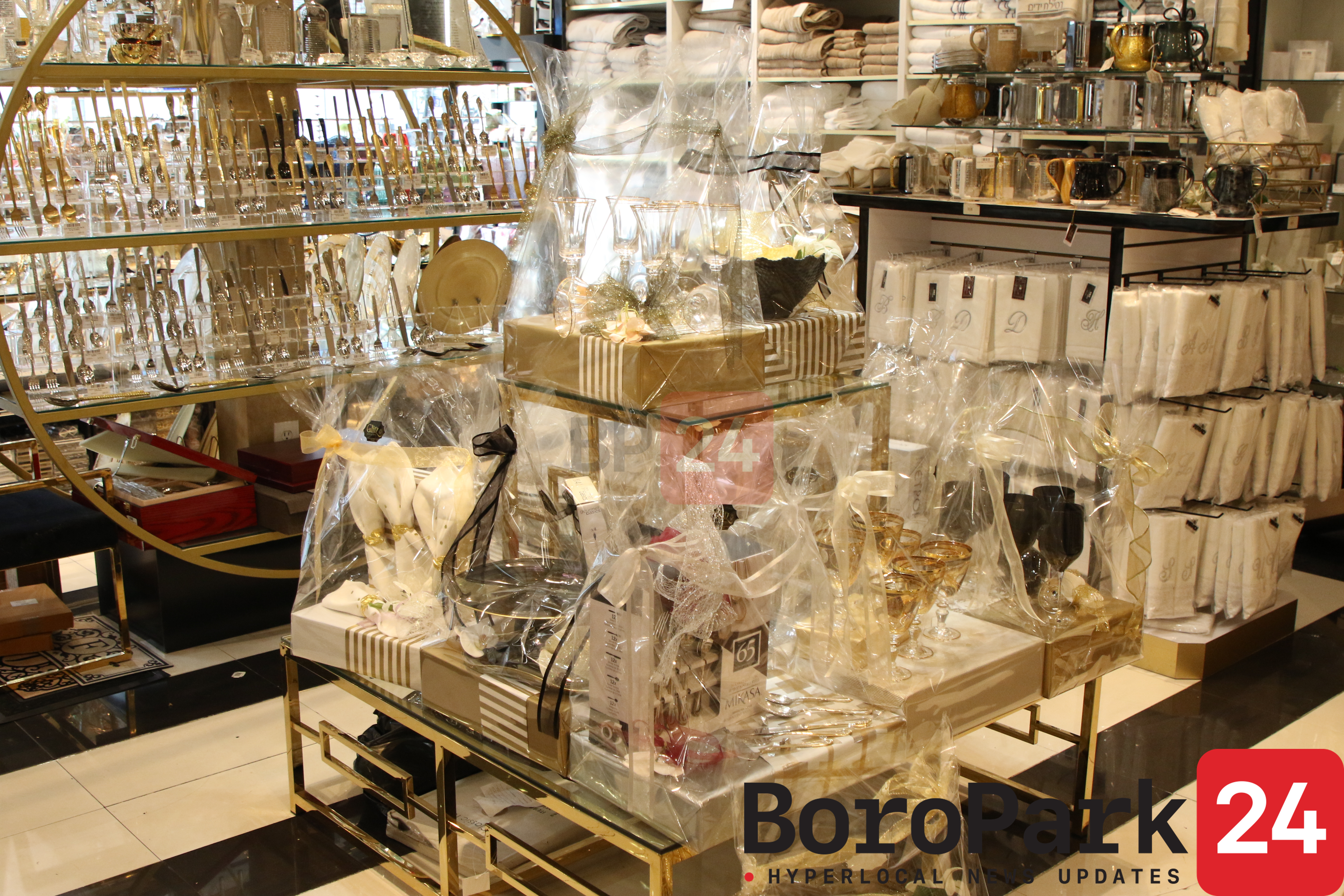 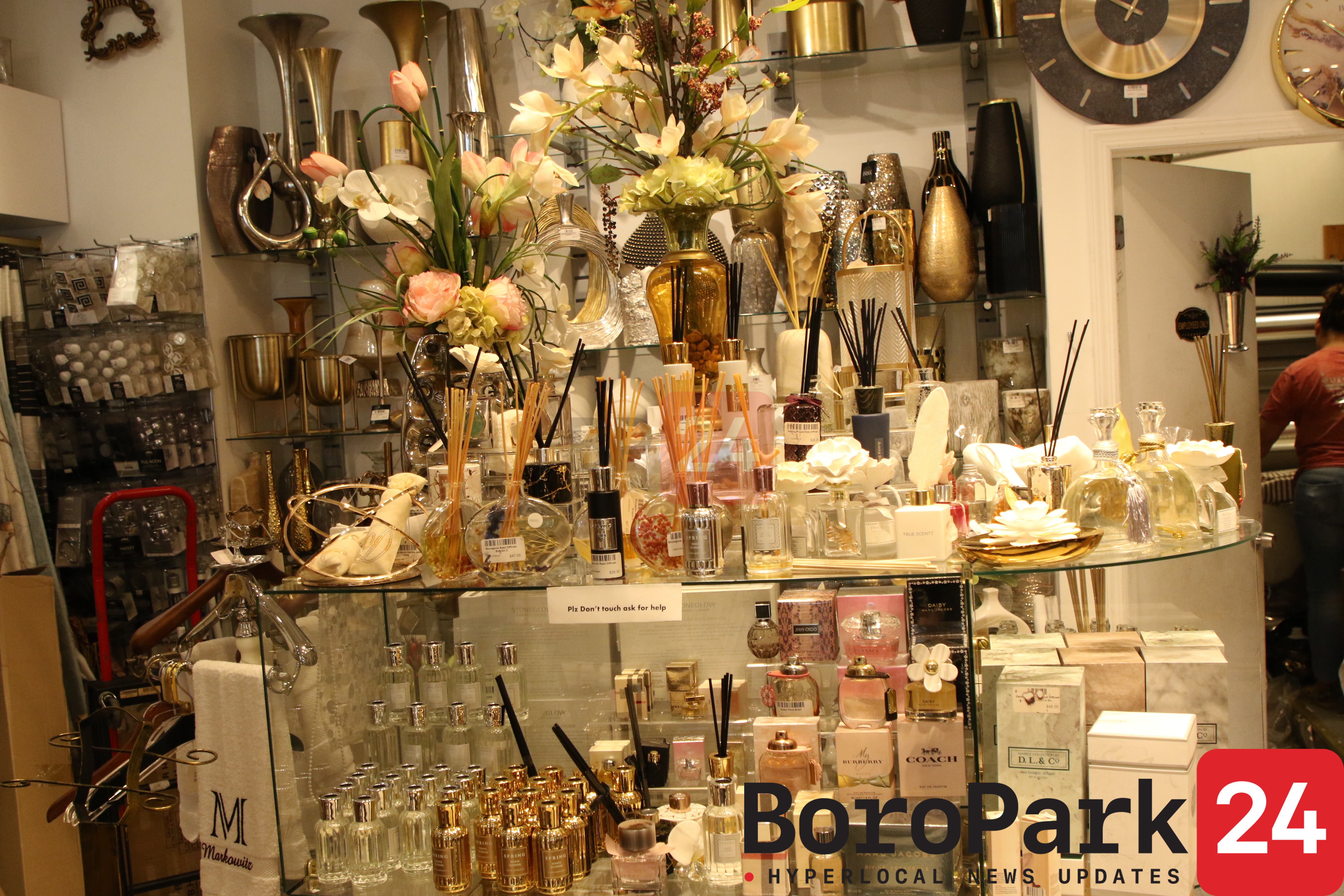 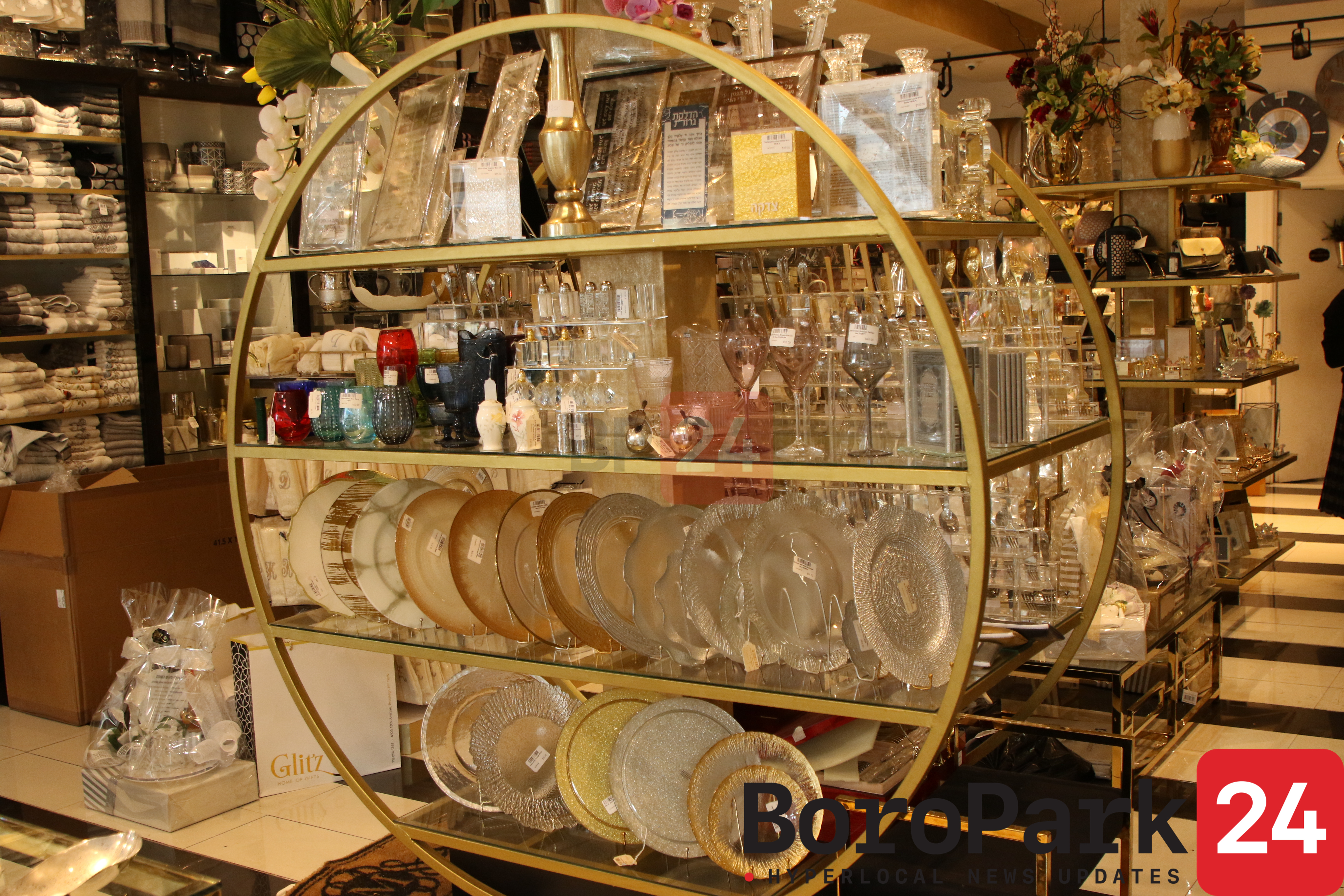 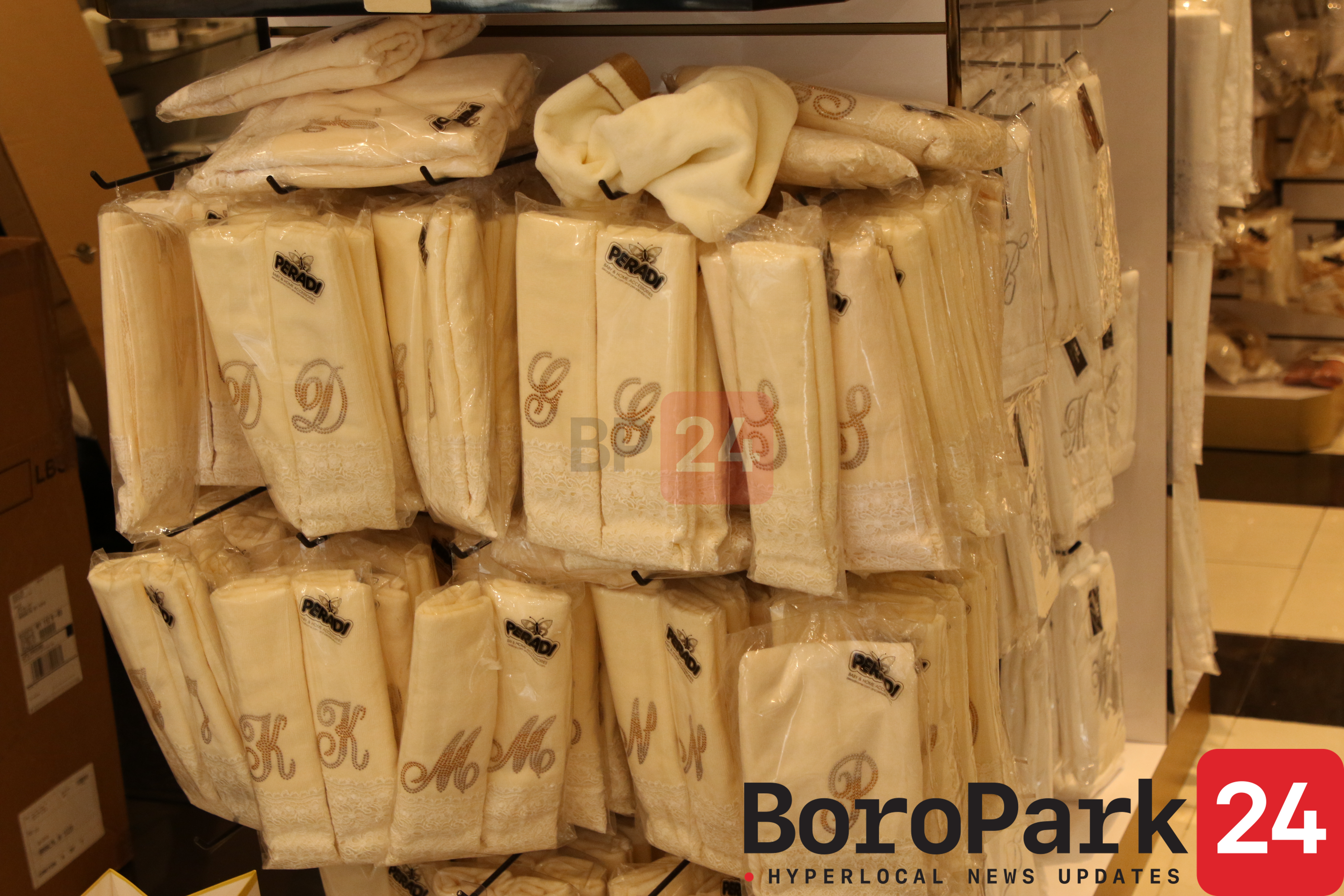 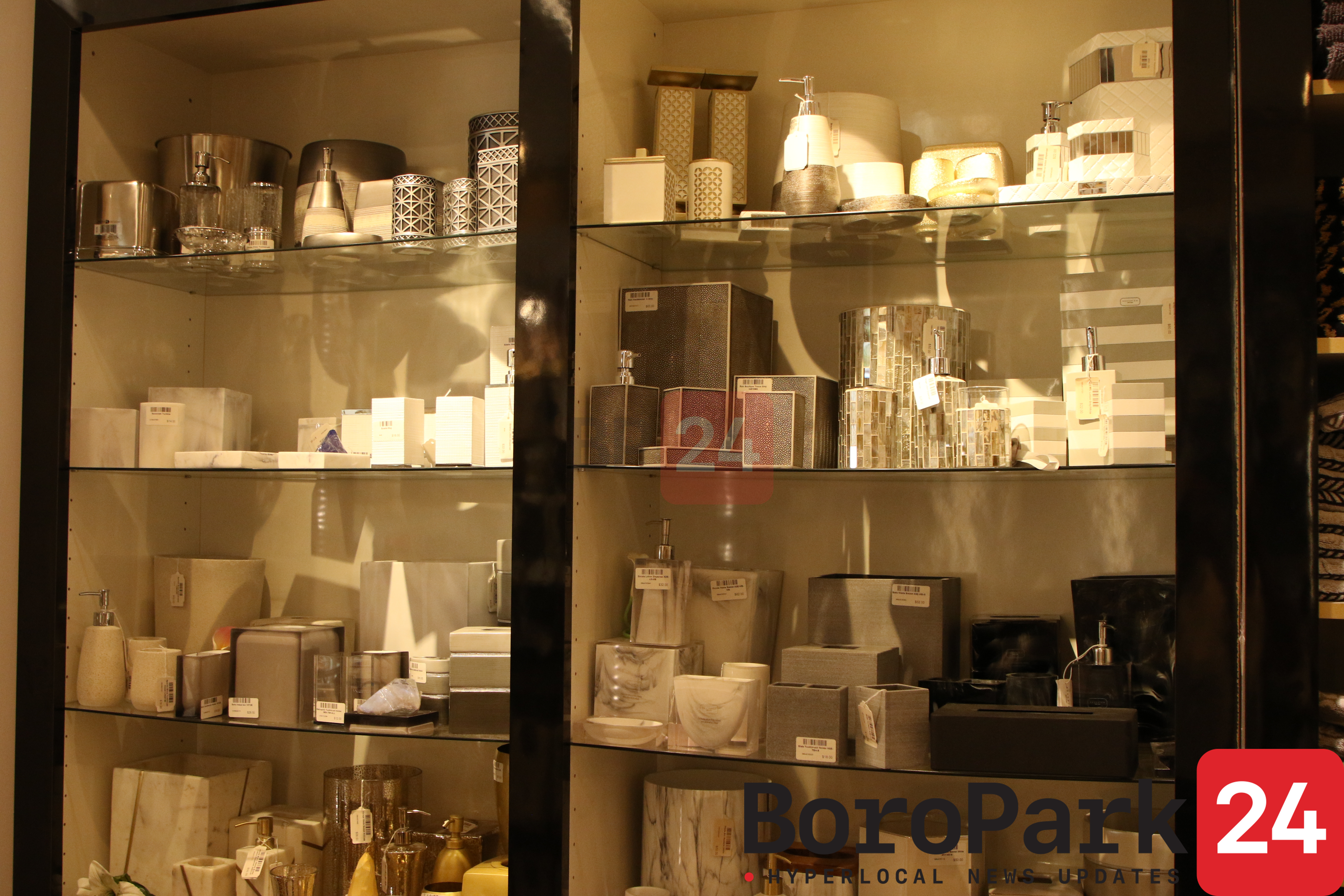 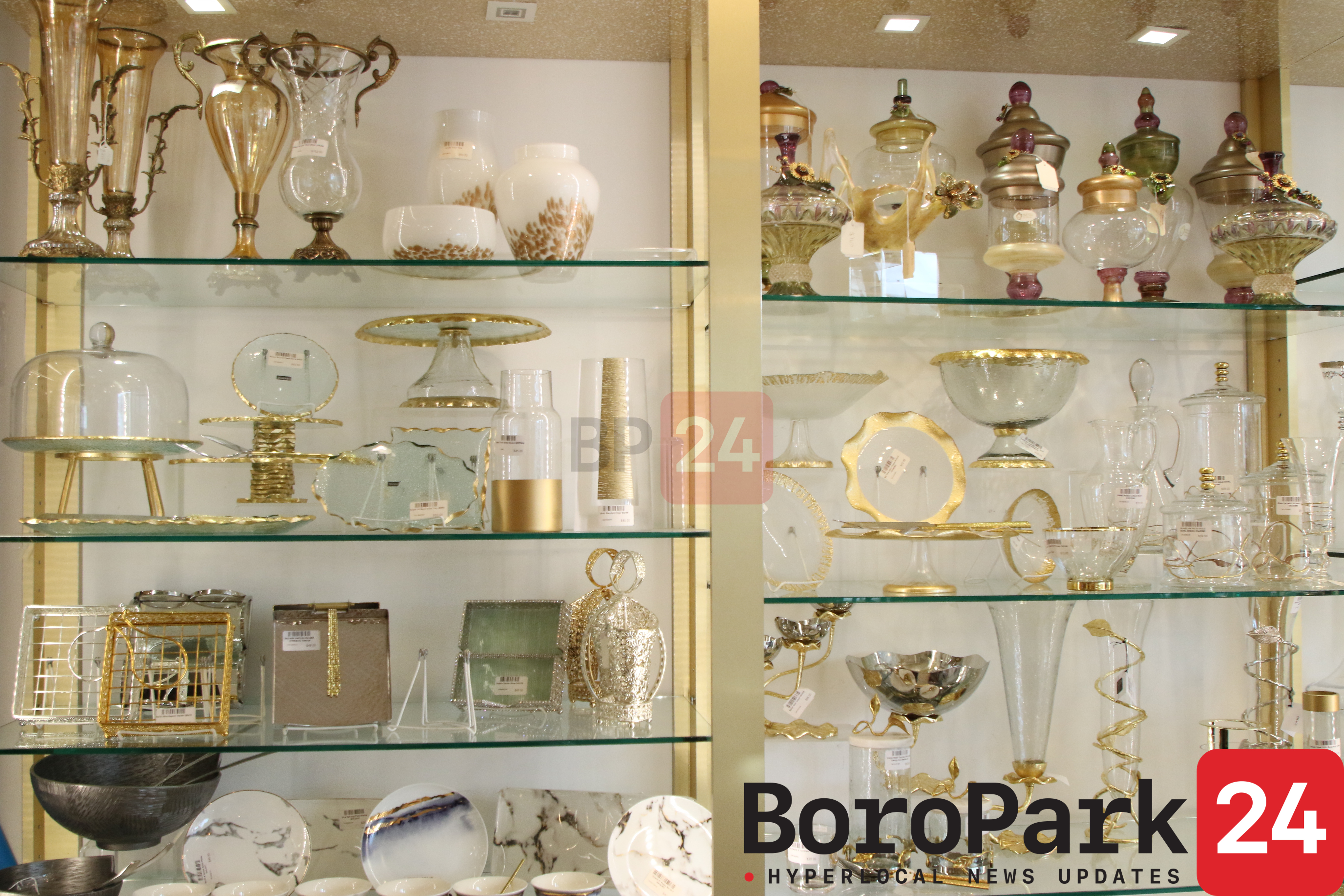 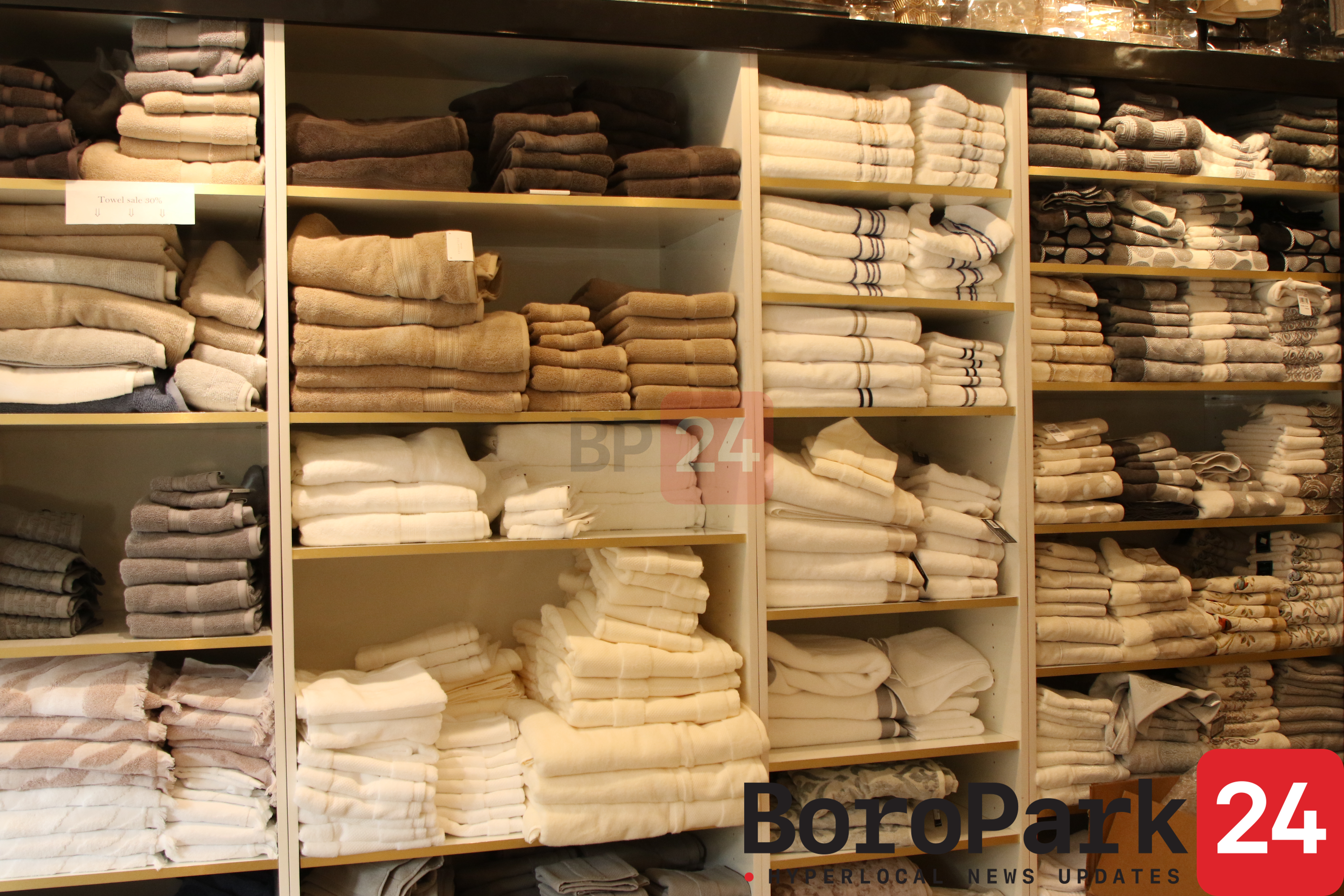 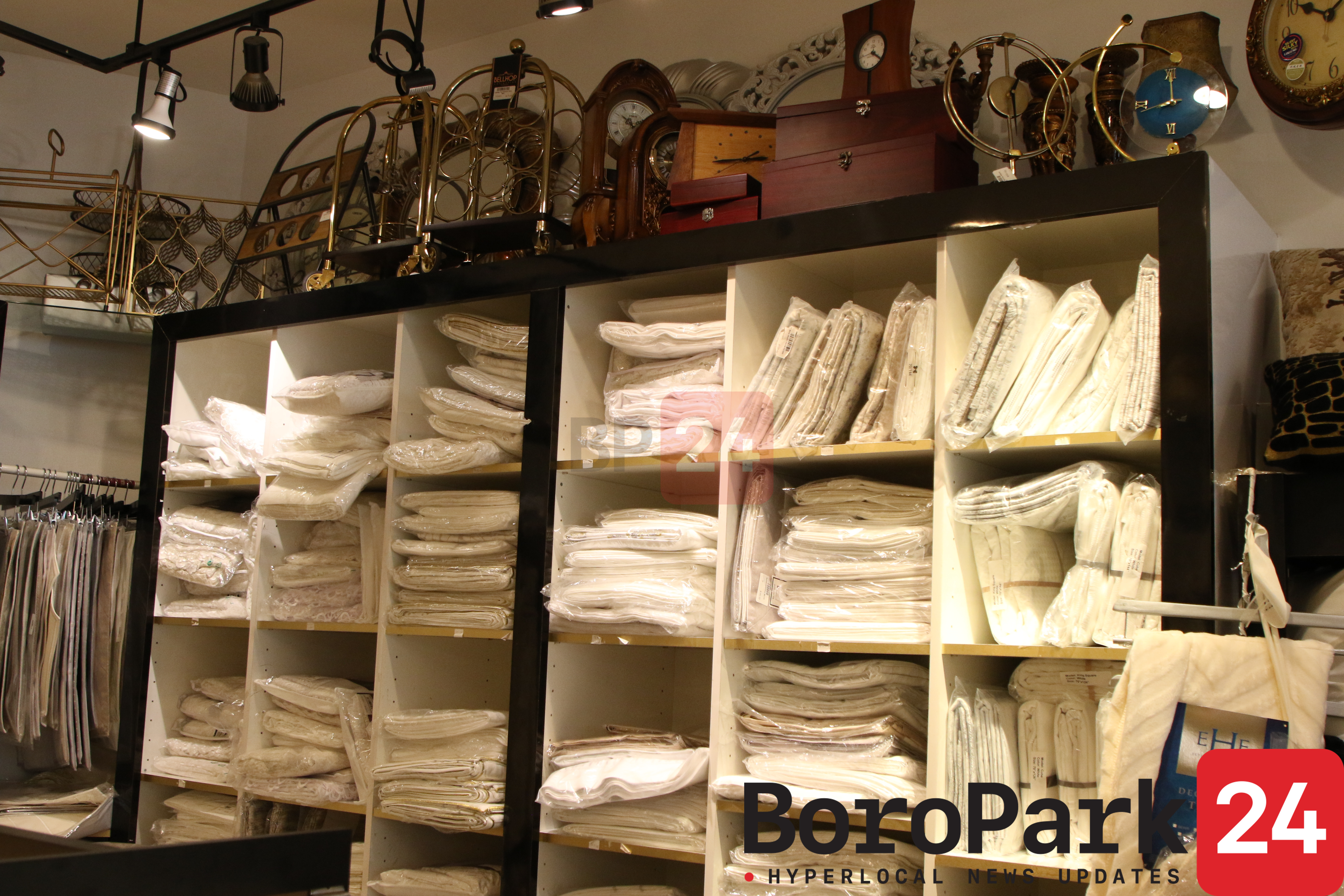