In a store that perhaps could only exist in Boro Park, the same shop that sells linens, sheets, and quilts for kallahs setting up their homes also provides custom-made tablecloths for shuls and Rebbe tishen, privacy curtains for rebbes in the mikveh, and mats on which rebbes fall korim on Yom Kippur.

Indeed, Boro Park residents who need any type of linens or home décor know to head to D’ Rose Linens, which is at 1315 47th St.

Mrs. Devorah Rosenblum, who is originally from Dzikov, Poland, started out selling women’s clothing in 1971, from one room in her family’s apartment, in a two-family building. However, as Mrs. Rosenblum expanded her business to sell beautiful imported tablecloths, bed linens, quilts, and other home décor items, her shop eventually filled the apartment beneath their own.

Mrs. Rosenblum learned her entrepreneurial skills from her parents, who owned an electrical supply store that sold bulbs, wires, and other items for electricians in the alte heim.

Mrs. Rosenblum and husband, Reb Yitzchak Sholom Rosenblum, a”h, both survivors of Siberia, to which they were taken by cattle cars and horses and wagons, "after the Germans chased us out," sadly remembered Mrs. Rosenblum, who lost two siblings after they were sent to Russia.

After the war, the Rosenblums first settled in Queens in 1951 before moving to Boro Park to live in a Chassidish neighborhood. Within a year of arriving in the U.S., Mr. Rosenblum, originally from Sanz, Poland, opened a grocery store: Rosenblum’s Self Service: a shop that is still open at 8238 Lefferts Blvd in Kew Gardens, and run by Rosenblum’s brother’s grandchildren.

After moving to Boro Park, Reb Rosenblum, commuted to Queens to get to his grocery store by 5am and did not come home until 10pm: a routine that proved so exhausting that Mr. Rosenblum sold his share of the grocery store to his older brother, who had become a co-owner.

Wanting to stay put in the neighborhood, Rosenblum joined his wife in the successful business she was running from the apartment right beneath their home, which was originally at 1325 47th St.

Only after completing their time in yeshiva and kollel, during which Reb Rosenblum was strict not to allow their children’s help so they could focus on their learning, all three of the Rosenblums’ sons: Pichos, Yisroel, and Moshe Rosenblum, joined the family business.

“My father always said, ‘Yeshiva is yeshiva, and kollel is kollel,” said Pinchos Rosenblum, the family's middle son, who attended a Bobov yeshiva and kollel.

In addition to selling linens in its retail shop, D’ Rose Linens customizes its product to shoppers’ specifications, employing 20 workers who stay busy cutting, sewing, and folding in the family’s huge workshop on 38th Street in Boro Park.

“In the workshop, we have thousands of rolls of fabric from which customers can choose,” Rosenblum told Heshy Rubinstein of BoroPark24. “Our employees cut and sew our linens to provide people with exactly what they need. Customers come in with different measurements, and we create what they want according to their individual needs.”

“They dream it, we cook it,” Rosenblum said with good humor, adding that his family’s business keeps changing according to customers’ varying ideas.  “We can customize almost anything a customer desires.”

For instance, D' Rose can customize sheets and quilts for any size beds, then make matching headboards and dust ruffles for those beds. The company also creates curtains to fit any window size.

Mrs. Rosenblum contrasted the variety and choices in home décor today with when she got married, years ago, kallahs could “choose” only one white, basic sheet for their homes.

“When blue sheets came out, it was such a big thing,” Mrs. Rosenblum remembered with a laugh. In fact, kallahs are frequent customers, who, Pinchos Rosenblum said, come in for hours to choose everything they need for their new homes.

“We keep kallahs’ merchandise until after their chassanahs, and not until after they are in their new apartments, do we deliver the goods,” said Rosenblum, who added that he can replace or repair linens that have become worn or torn.

For instance, one new look for sheets is called, “hotel style,” in which customers choose several different solid colors. In addition, the store offers traditional, regal, or modern styles of all its linens.

In addition to an infinite variety of bedding supplies, D’ Rose provides numerous tablecloths options, customizing tablecloths to any size tables, which can be irregular. D' Rose even customizes the large tablecloths for rebbes’ tishen by providing cut-outs for drawers and leichers.

What Rosenblum learned from his father was to try to make customers as happy as possible and to always be true to their word.

“My father taught us: ‘Yes is yes, and no is no, a word is a word,” Rosenblum told Heshy Rubinstein, who used to daven with Reb Rosenblum at a nearby Pupa shul.

“Your father was a very friendly man,” Rubinstein said with admiration.

While variety and customization are the specialties of D’ Rose Linens, Moshe Rosenblum, the family’s youngest son explained that what he finds most fulfilling about his business is when customers clearly enjoy their selections and are happy with their purchases.

In addition to loving helping people to beautify and perfect their homes, the Rosenblums always keep in mind Who arranges their parnassah.

Recounting a story of hashgacha pratis, Moshe Rosenblum, who also attended a Bobov yeshiva and Kollel, told of a time he was about to close his family’s store for the night, when a customer came running in at the last minute, saying that he needed two quilts and two pillows.

Moshe Rosenblum remembered bringing in the customer, who chose two quilts, but then felt overwhelmed by the store’s many choices of pillows. Just as the customer decided to buy only the quilts, yet another last-minute customer came running in and said that he also really needed to buy two pillows. 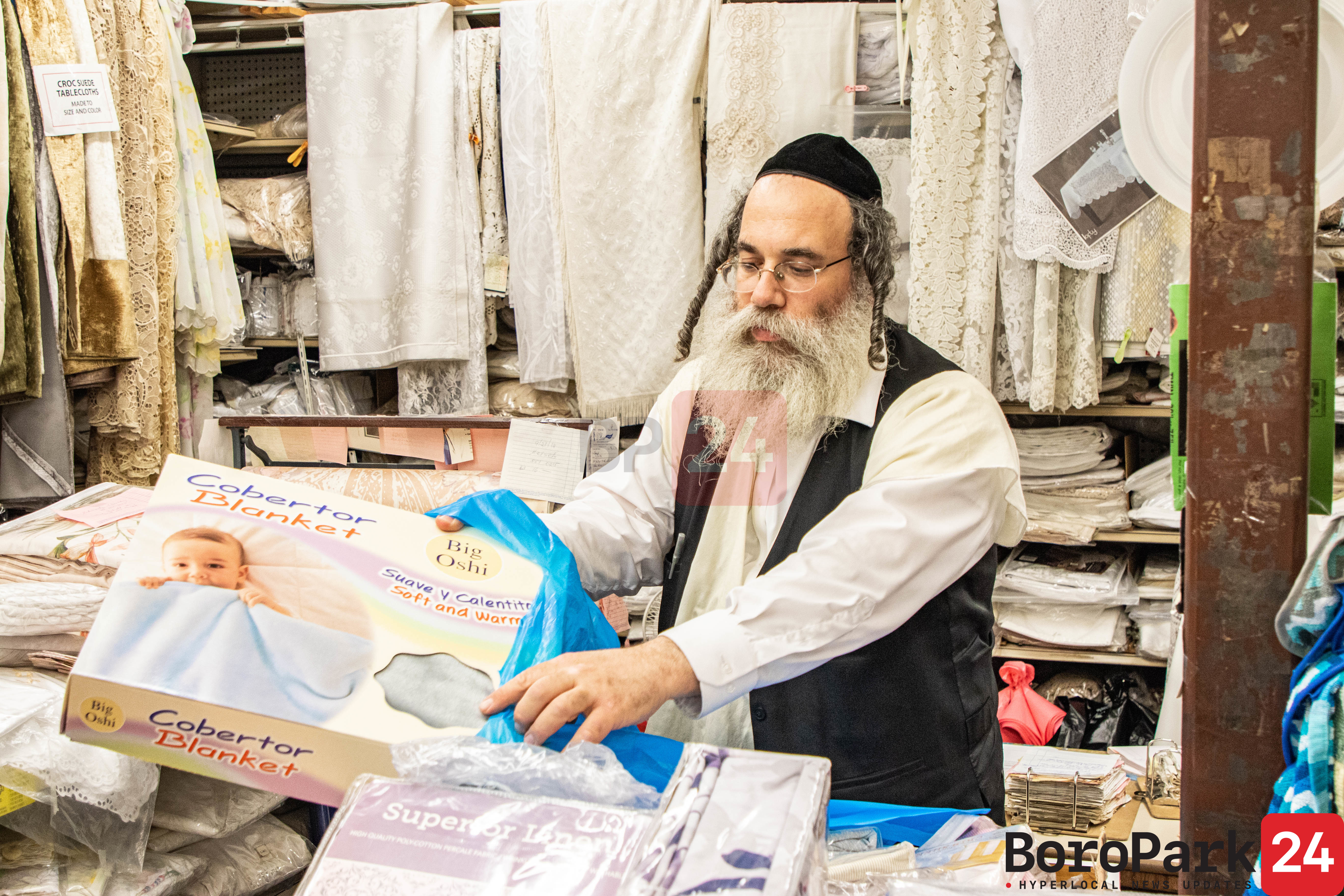 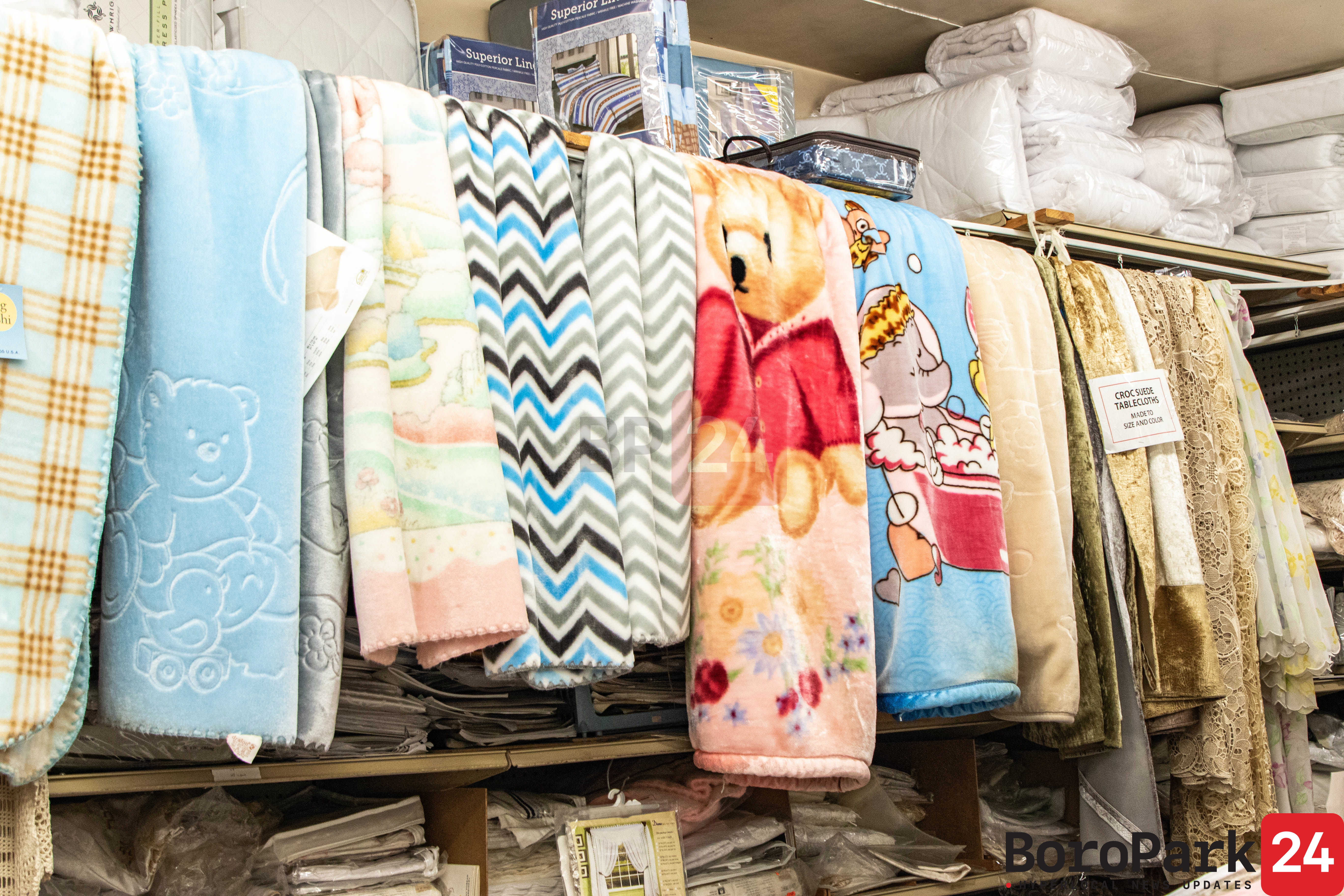 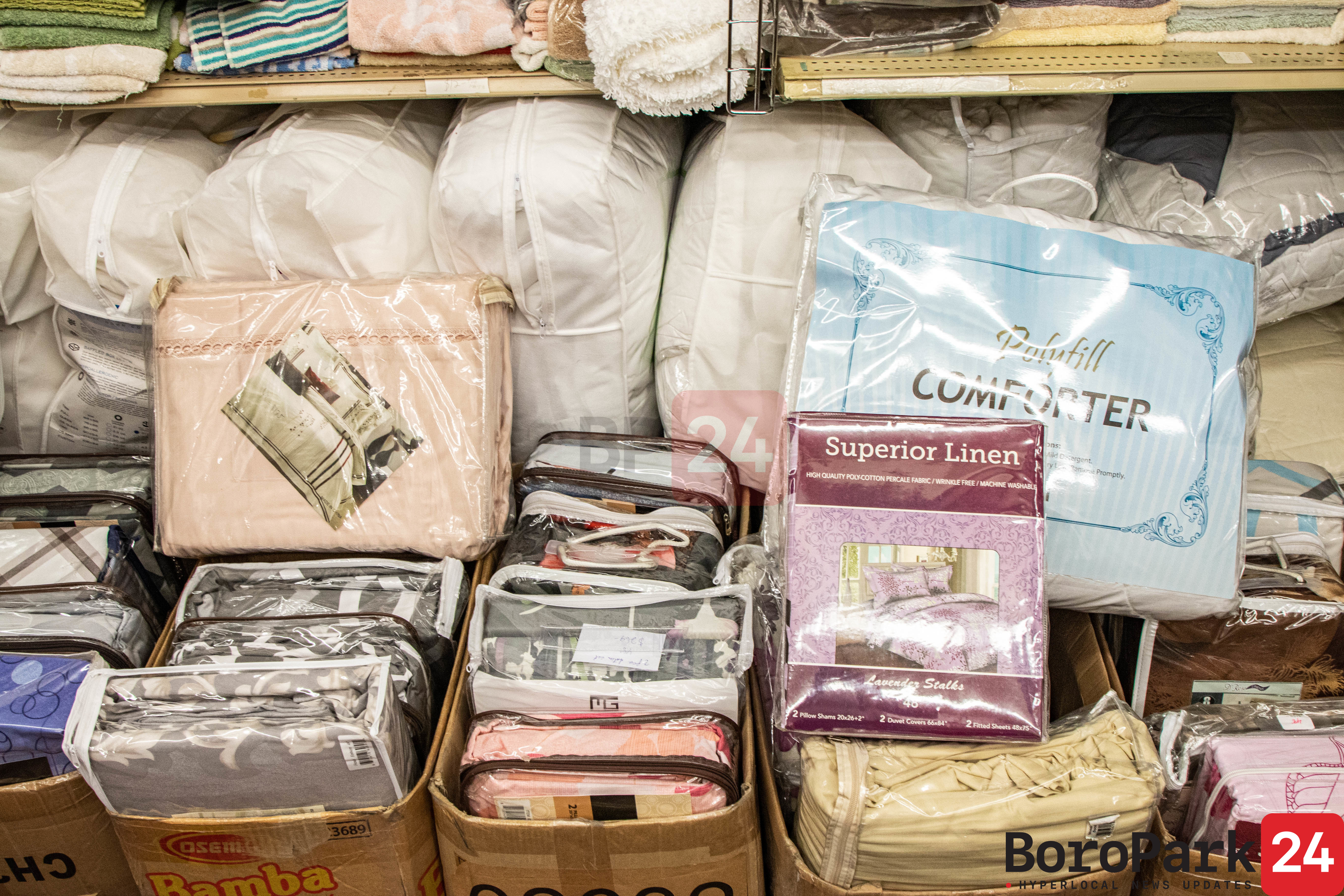 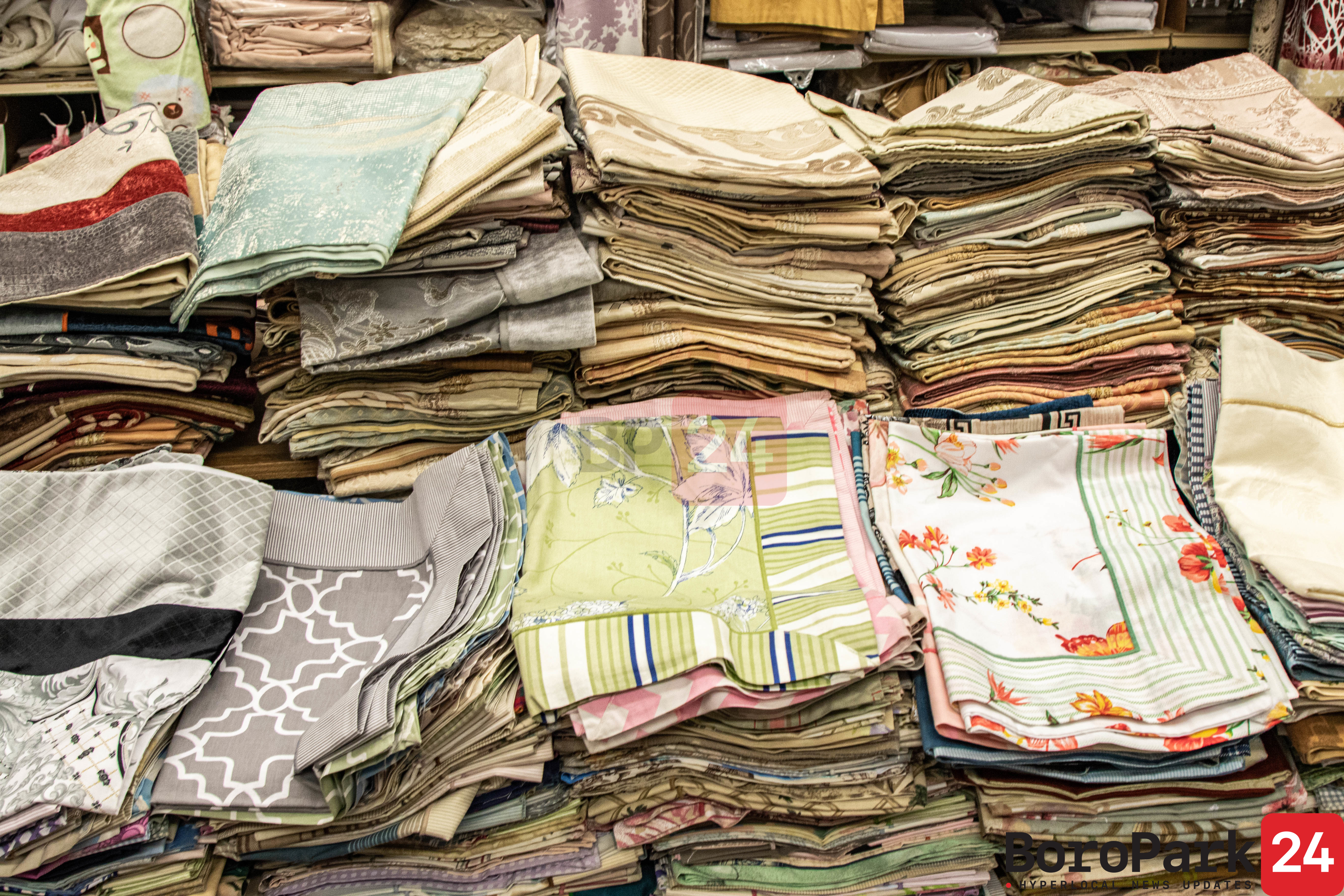 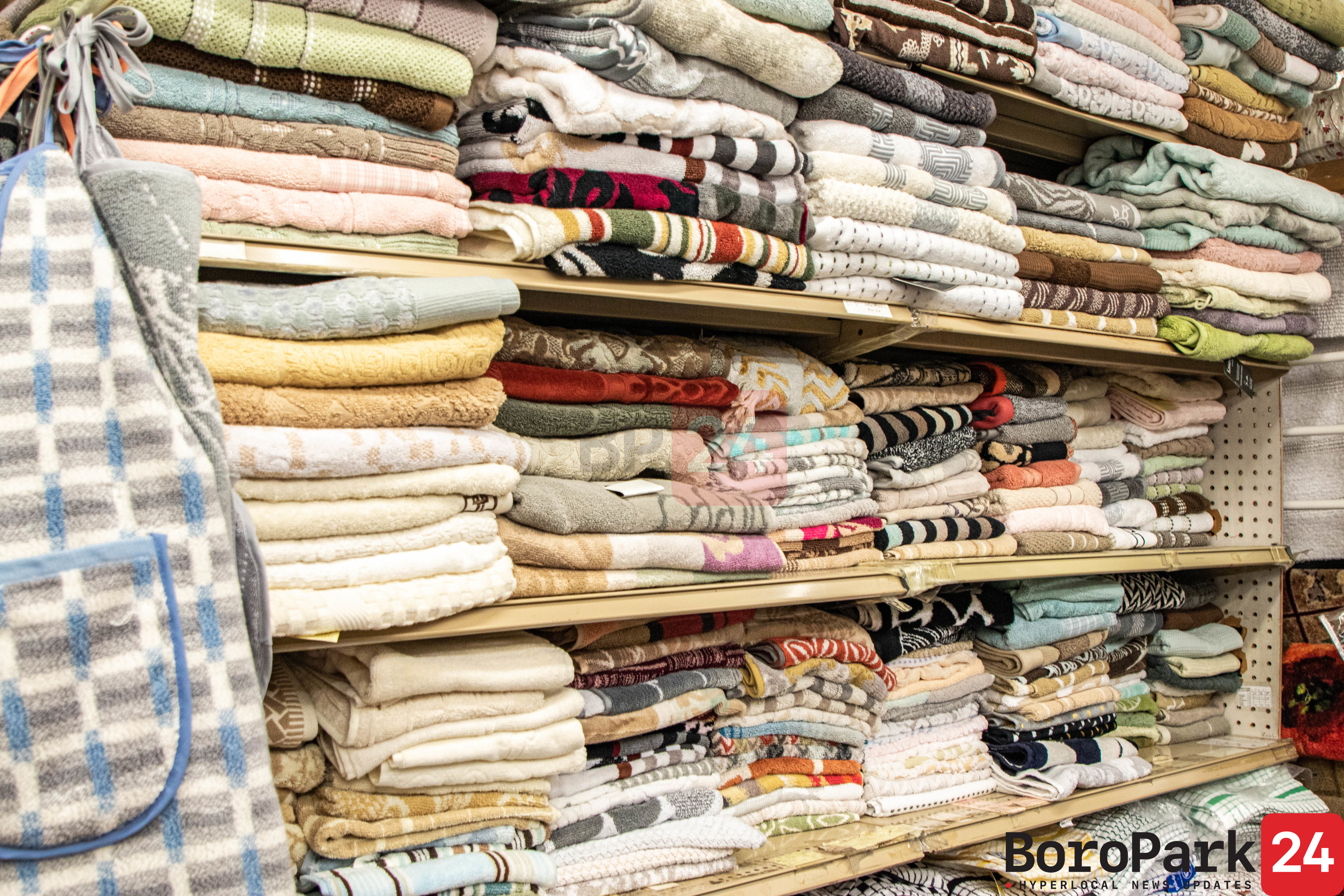 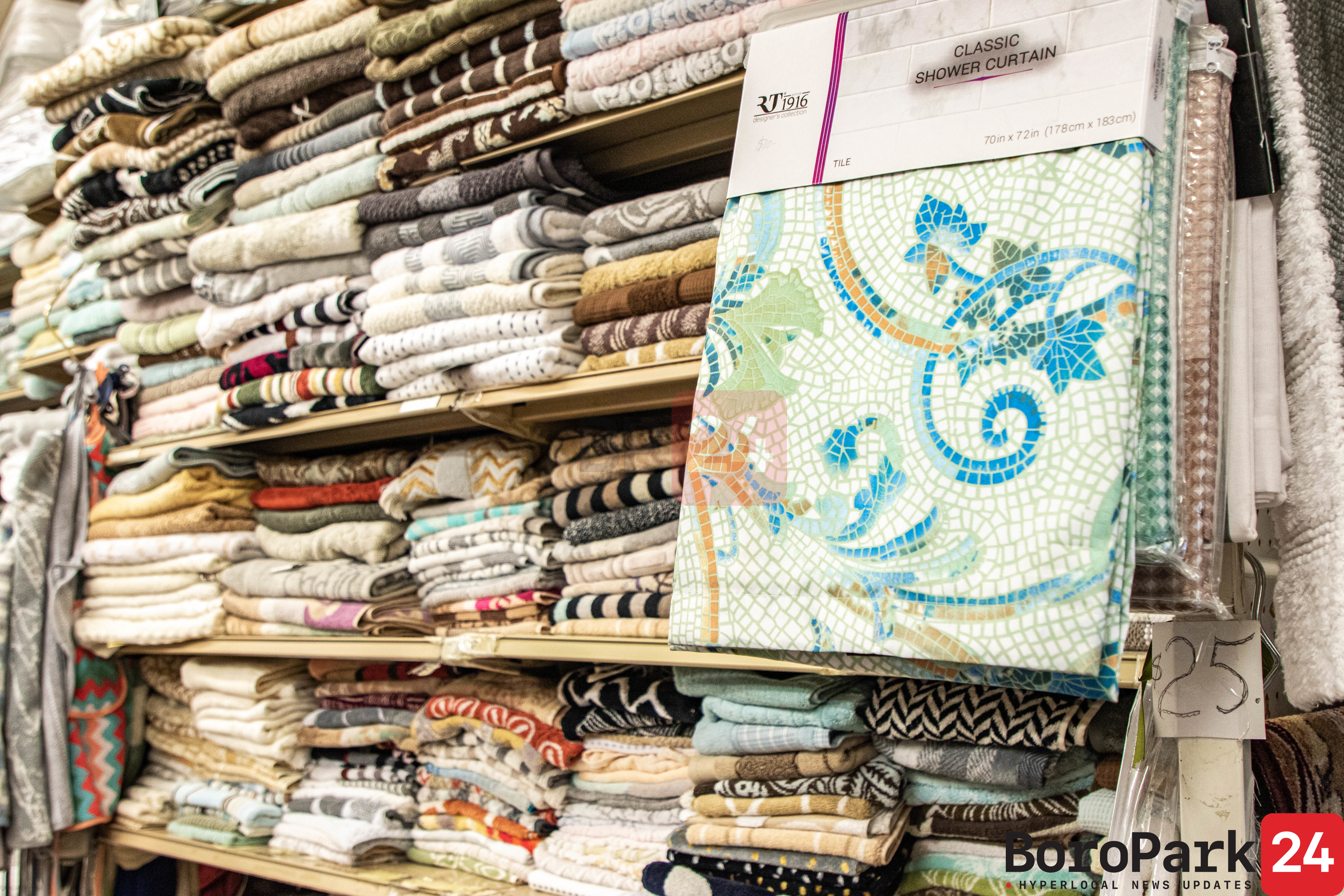 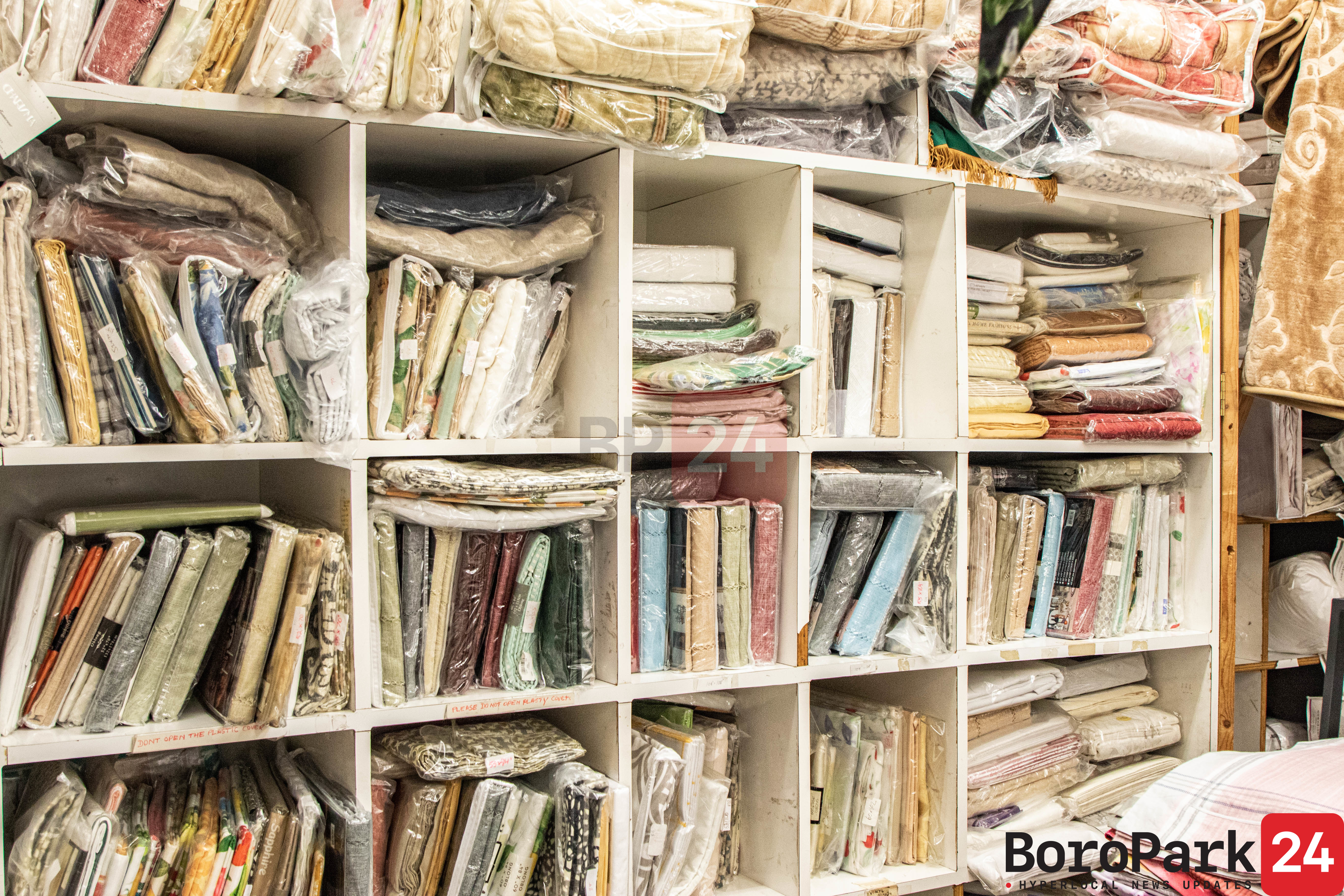 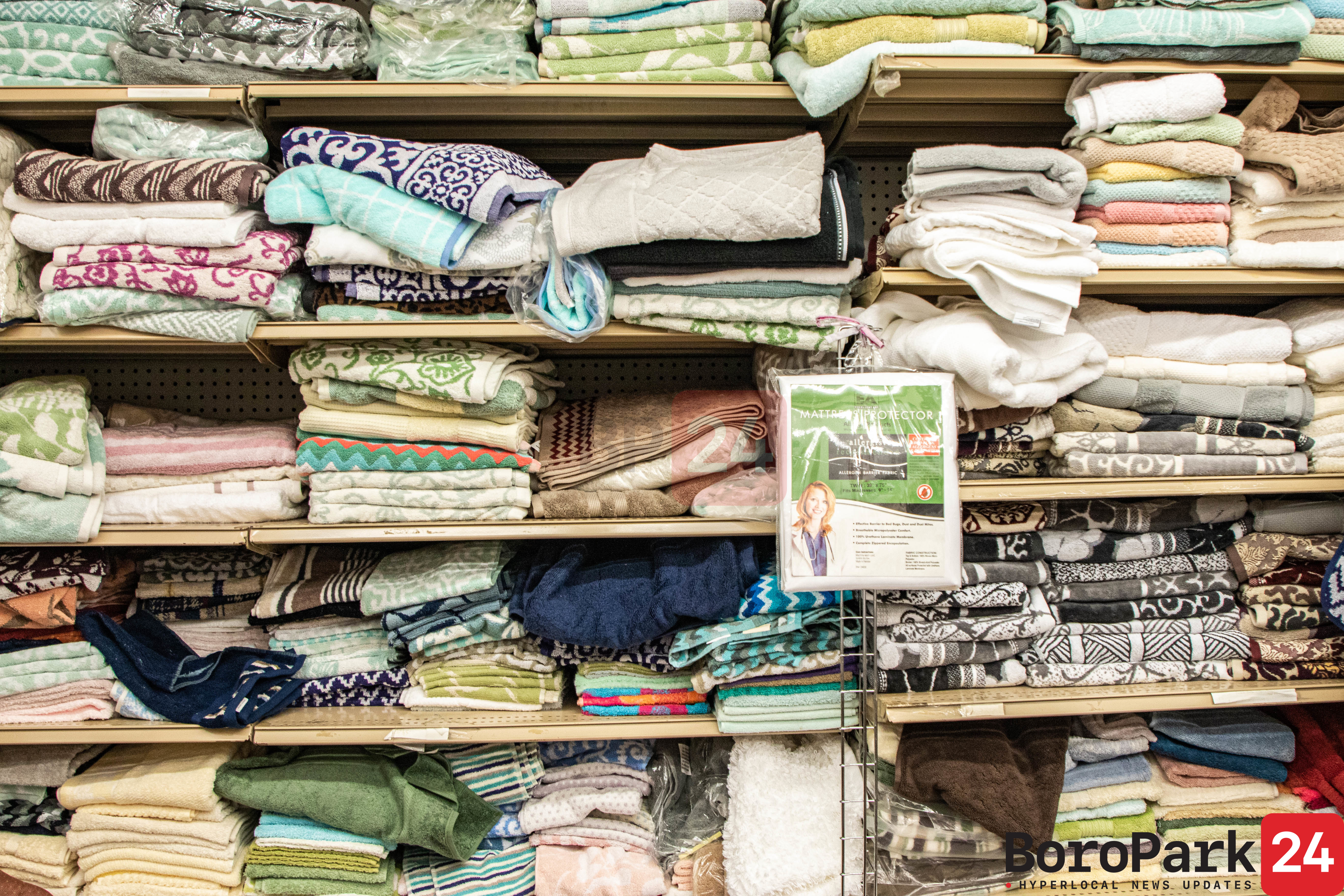 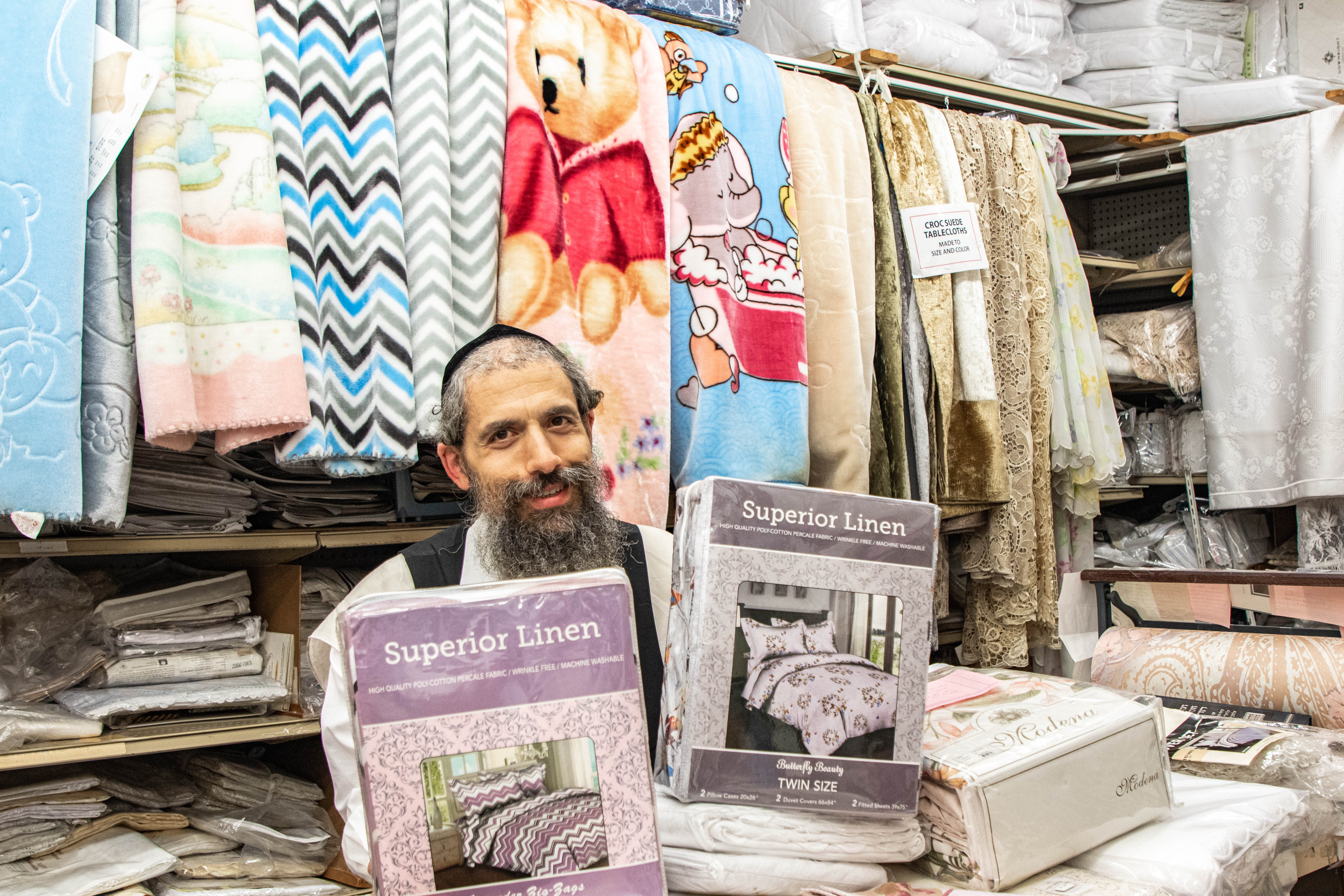 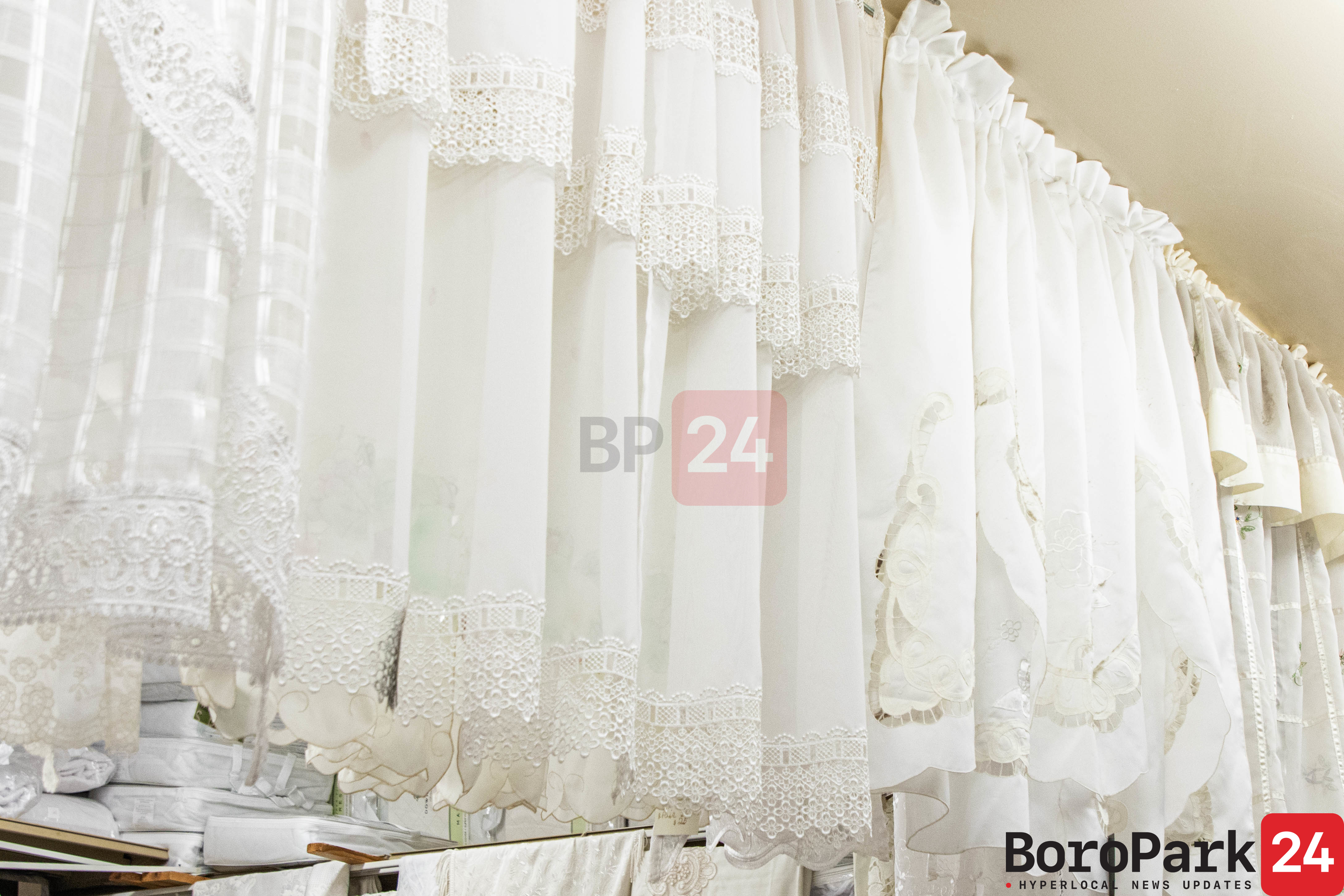 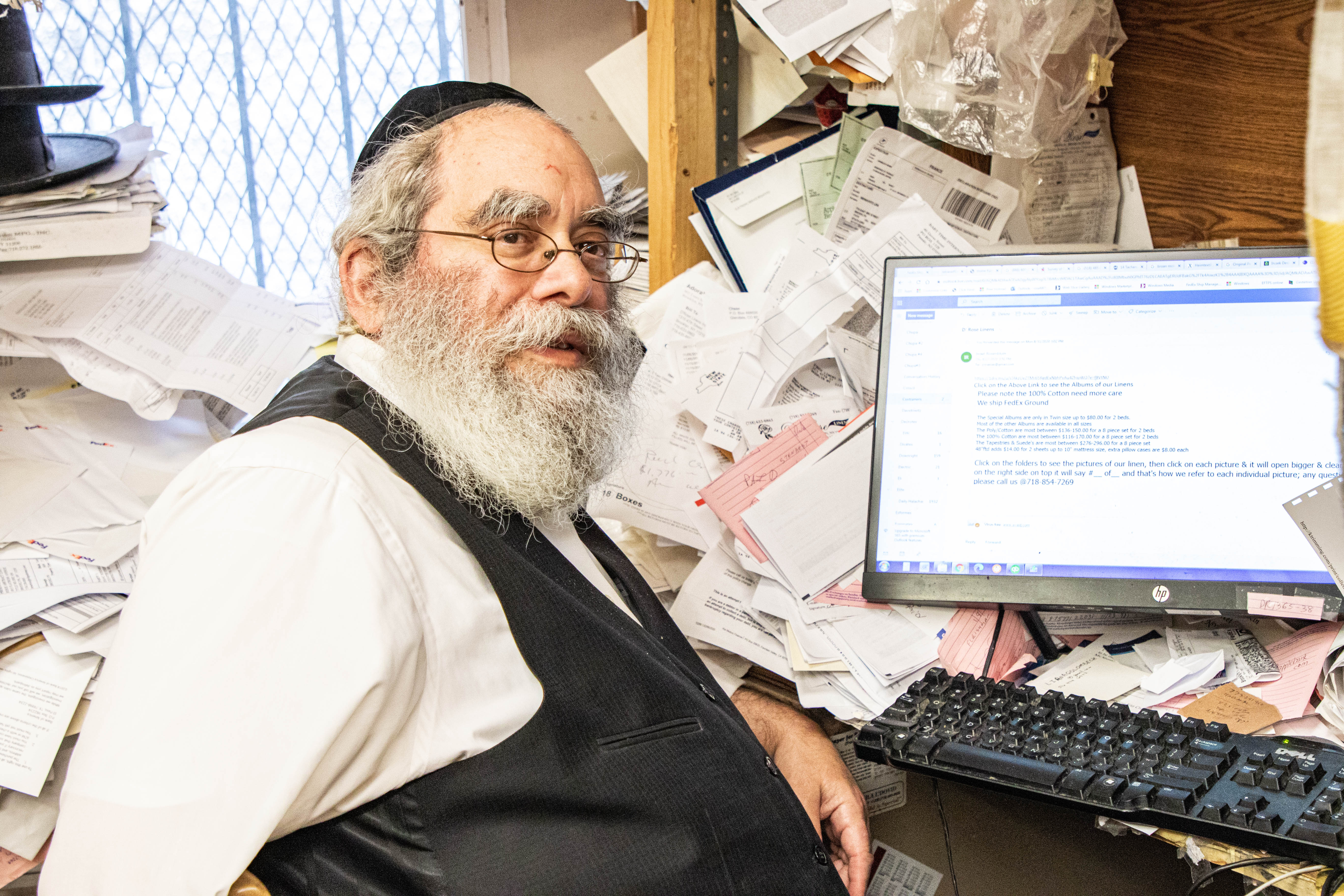