Leaders of the Bobov community have released a poster thanking Senator Chuck Schumer, the Senate Majority Leader, for his help in fighting to get more funding included in the latest stimulus package.

The letter, signed by administrators of the boys and girls schools and other leaders, mentions the inclusion of additional funding for Yeshivas and organizations, as well as removing the limits of how many people per family should get the stimulus payment.

“Senator Chuck Schumer has made a huge difference in the lives of many who have been struggling by including additional funding in the stimulus package,” Rabbi Joel Rosenfeld told BoroPark24.

“Sen. Schumer has always been a friend and an advocate, and he has now once again shown his care and devotion for Orthodox Jewish causes and families by allowing many more children to receive stimulus money,” Rabbi Rosenfeld added. 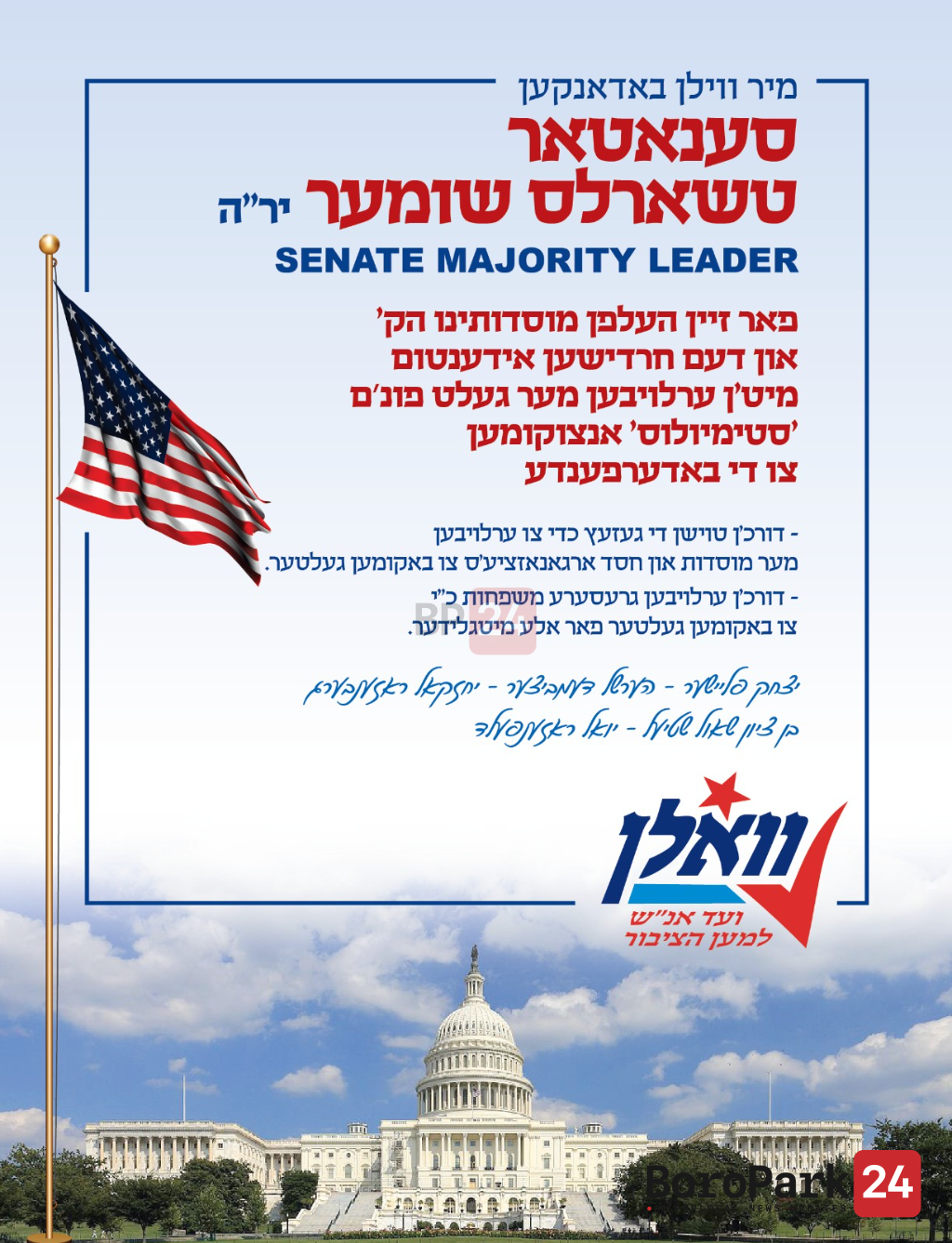 Snowstorms did not Deter NYC Shootings Last Month, NYPD Continues to Get Guns off the Streets