The images are from Agudath Israel's census pop-up drive last week in Borough Park. Mr. Ari Weisenfeld, Agudath Israel's Development Coordinator, organized the drive in order to encourage more community members to fill out the census before the deadline of September 30, 2020. 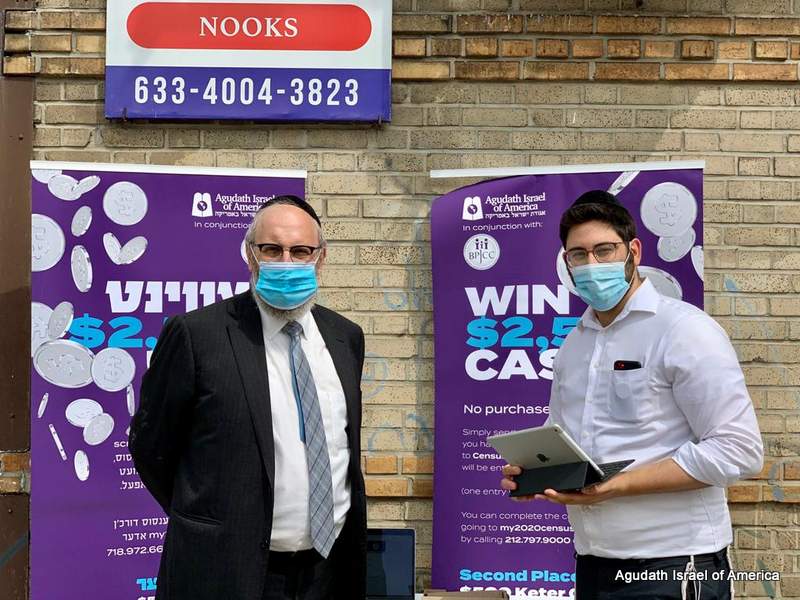 Pidyon Haben for a Great Grandson of the Minkatch Rebbe