Agudath Israel Brings its Case Against Gov. Cuomo’s Restrictions to the Supreme Court

After unsuccessfully bringing its case to request a temporary restraining order against Gov. Andrew Cuomo’s restrictions against New York shuls during coronavirus to both a Federal Court and the Second Circuit, Court of Appeals, in an ongoing case, David Schick, a lawyer for Agudath Israel has requested that his case be heard by Associate Judge Stephen Breyer for the U.S. Supreme Court on Friday, Nov. 20.

“This is the same case we have brought twice before,” explained Mordechai Biser, an attorney for Agudath Israel. There is nothing new here. We are making the same arguments. The next logical step up is to is to ask the Supreme Court to hear the case. There is nowhere else to go.”

“Shuls are still restricted to an extent, and that is why we thought it was important legally to proceed with it,” said Biser, but he added that although the current state of shul attendance is an issue, Agudath Israel also wants to proceed with the case for the precedent it can set.

“We have to move forward for the legal principal that involved for future cases,” Biser explained. “The fact that right now, there has been relaxation in certain areas doesn’t mean that two weeks from now those restrictions can’t be slapped back on again.

“Today an area that is in a yellow zone, can be in a red zone tomorrow.

Why does the Agudah think it will have success in the Supreme Court after two judges did not find that the restrictions were particularly biased against Jews?

“In all the cases up until now, we were requesting temporary restraining orders/emergency injunctions, but no court has yet heard our full case, and all the issues and discussion arguing back and forth, the full trial.

“We don’t know what the result will be. No one can predict that.” 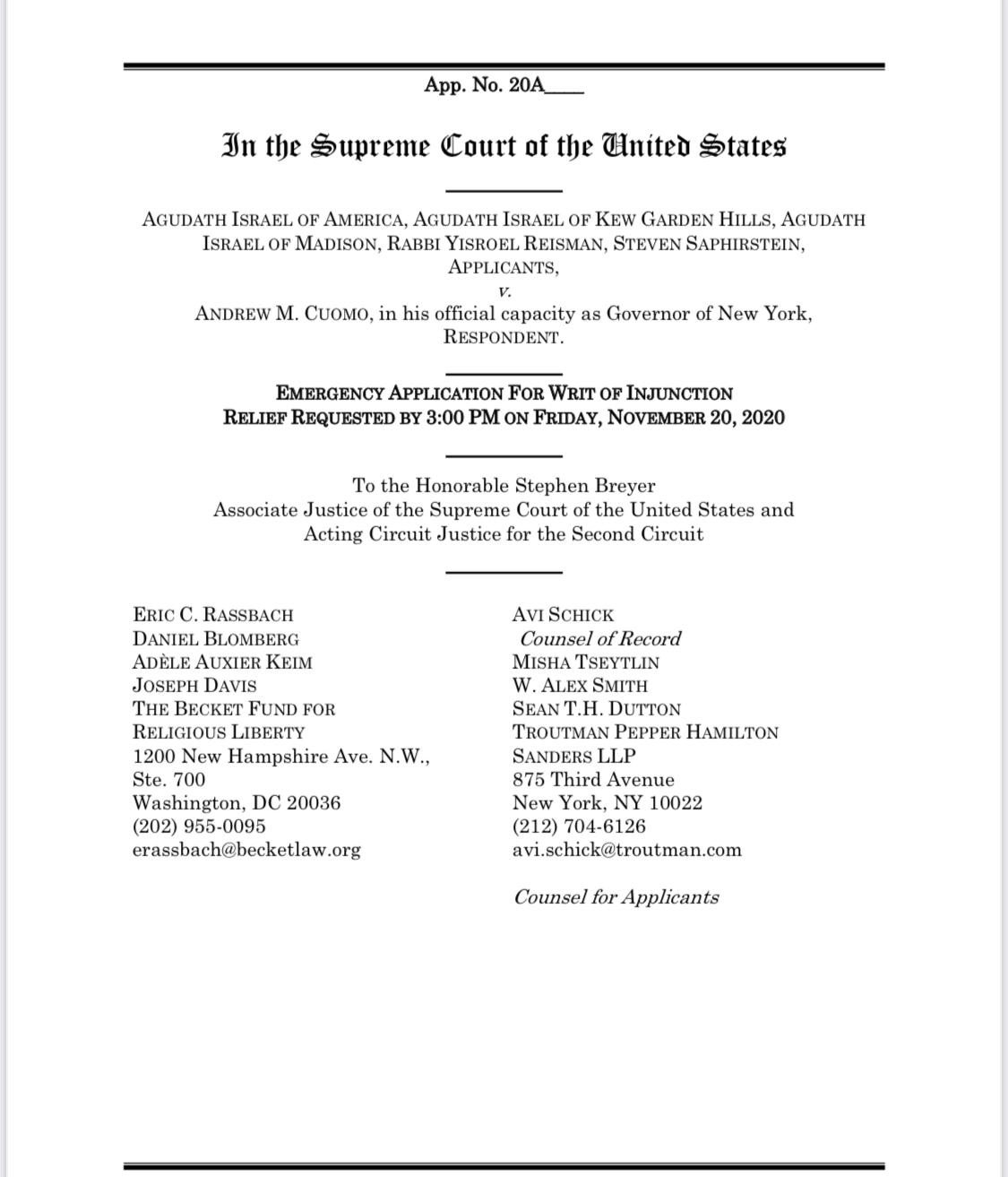 Furshpiel for Son of the Tiferes Eliezer Rov