In a letter addressed and send to New York Governor Cuomo, electeds officials representing Boro Park and neighboring Flatbush, called on the Gov to provide additional security to patrol and protect Orthodox Jewish neighborhoods around the state.

“We are writing to ask that you declare a state of emergency and that you deploy the New York State Police and the New York National Guard,” the letter signed by State Senator Simcha Felder, Assemblyman Simcha Eichenstein and Council Members Kalman Yeger and Chaim Deutch, read.

“In addition, we are asking that you appoint a special prosecutor for purposes of investigating and prosecuting perpetrators of antisemitic violence, and that the special prosecutor immediately assume control of cases already under the jurisdiction of local district attorneys,” they continued.

The letter comes after a dramatic rise in anti-Semitic incidents across New York City and surrounding areas. The latest, a machete attack at the home of Rabbi Rottenberg in Monsey on Motzei Shabbos, resulted in 5 wounded, 2 reportedly in critical condition. 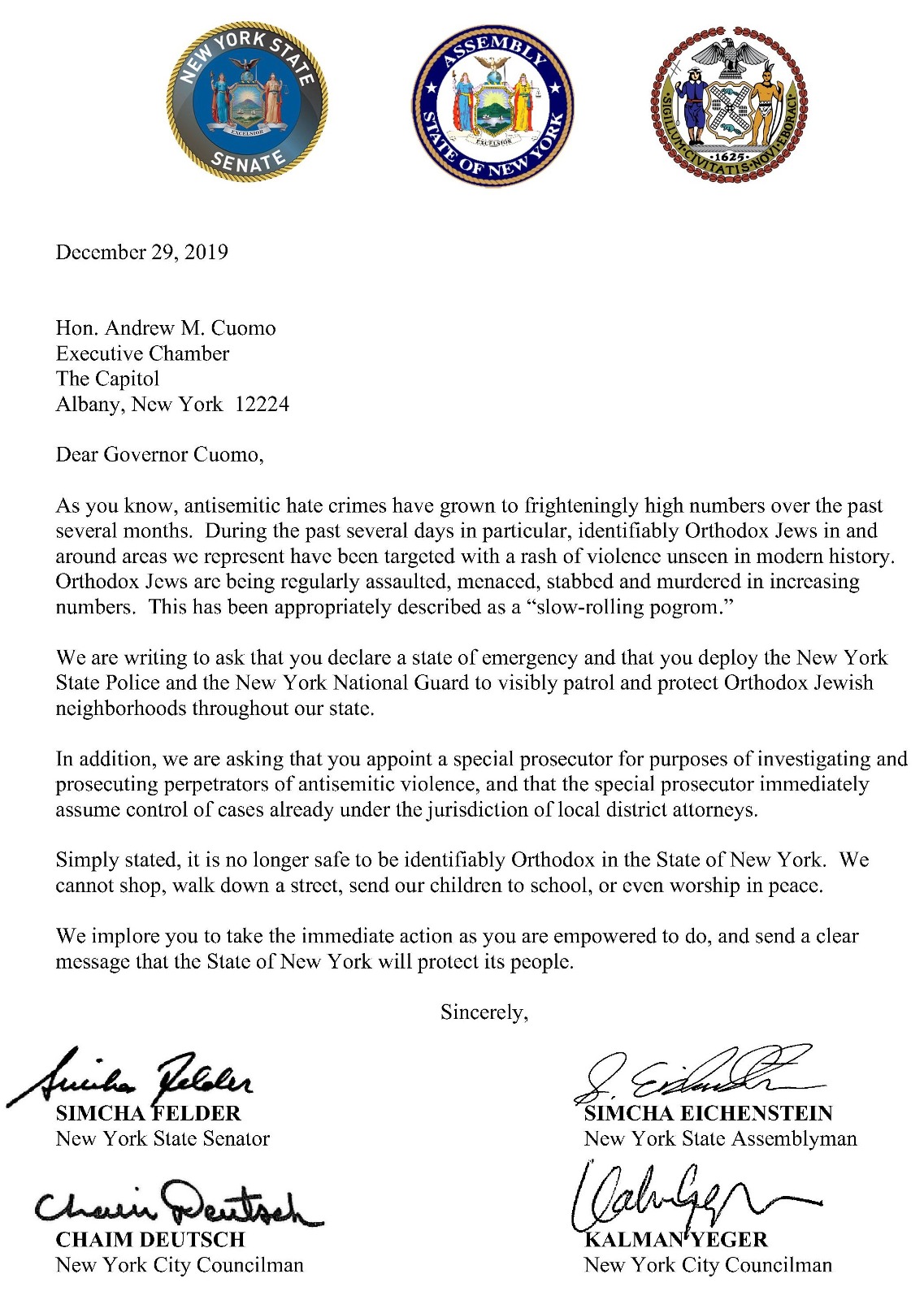