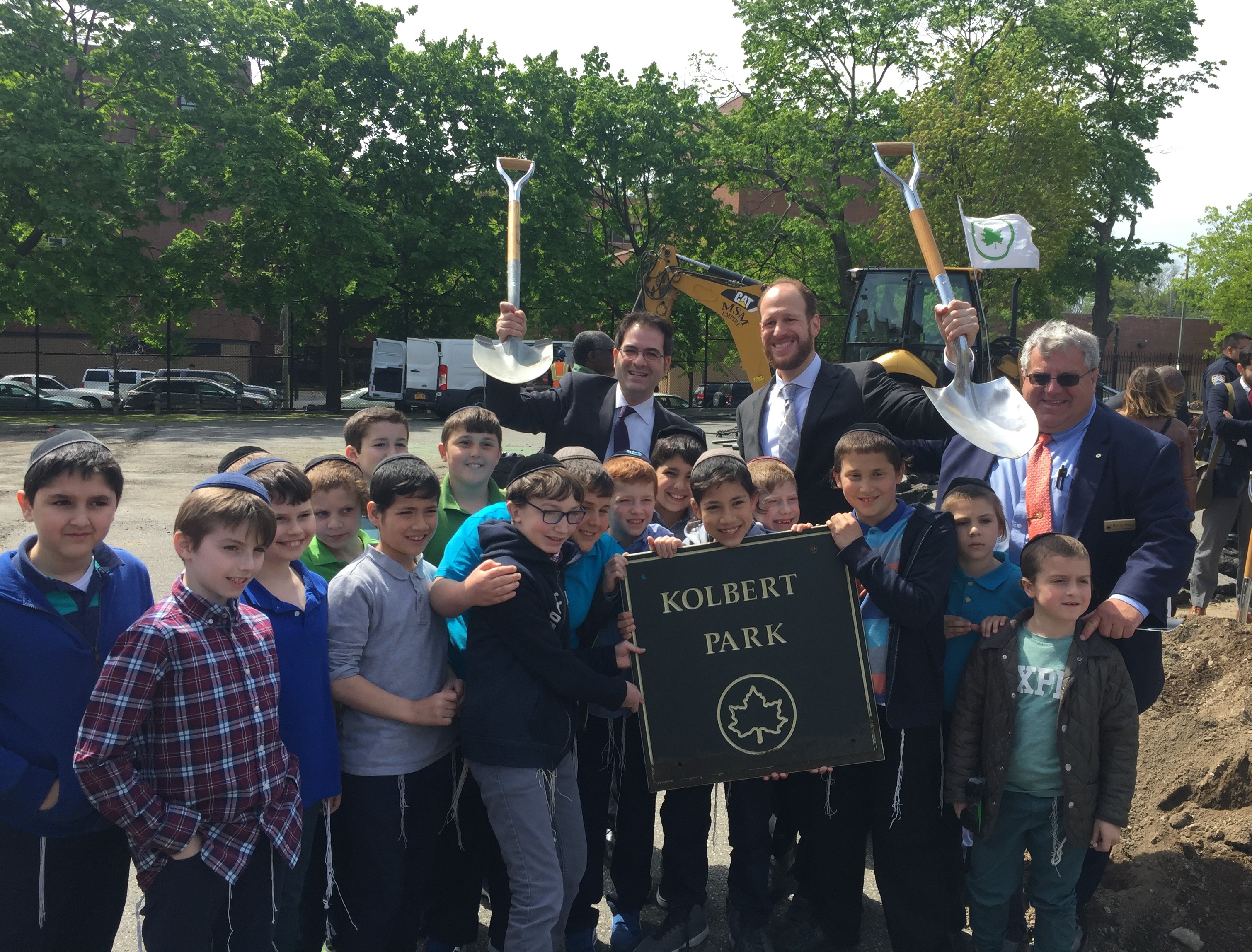 Kalman Yeger, the Democratic and Conservative parties’ candidate for City Council, has committed to not only continuing to allocate funds for our neighborhood parks but to fund brand new parks throughout the 44th Council District.

“With Succos right around the corner, people in our community know how important it is for our children to have a place to play,” Kalman said.  “I am committed to continuing Councilman Greenfield’s tradition of renovating our existing parks, and also to actively seek land where we can build brand new parks for our children.”

During Councilman Greenfield’s time in office, he has secured more than $35 million dollars to renovate every park in his district.  Kalman played an important role in that effort, as a member of Community Board 14. “From the design of the new parks to the community scoping meetings, to the grand openings, Kalman worked with me every step of the way in renovating all 13 parks and playgrounds in my district,” said Councilman David Greenfield.

“Our community has both, amongst the most children, and the lowest park area in the entire city. Now that Councilman Greenfield has begun the process of funding every park for renovation, I will not only finish the job but I will seek out space and funding for brand new parks,” Kalman added. “We need more parks to accommodate our community’s rapid growth, particularly since so many in our community are children.”

Just last week, Kalman visited the newly-renovated 18th Avenue Park where over one thousand adults and children received free bike helmets – a tradition started by Councilman Greenfield which Kalman vowed to continue when he is Councilman.