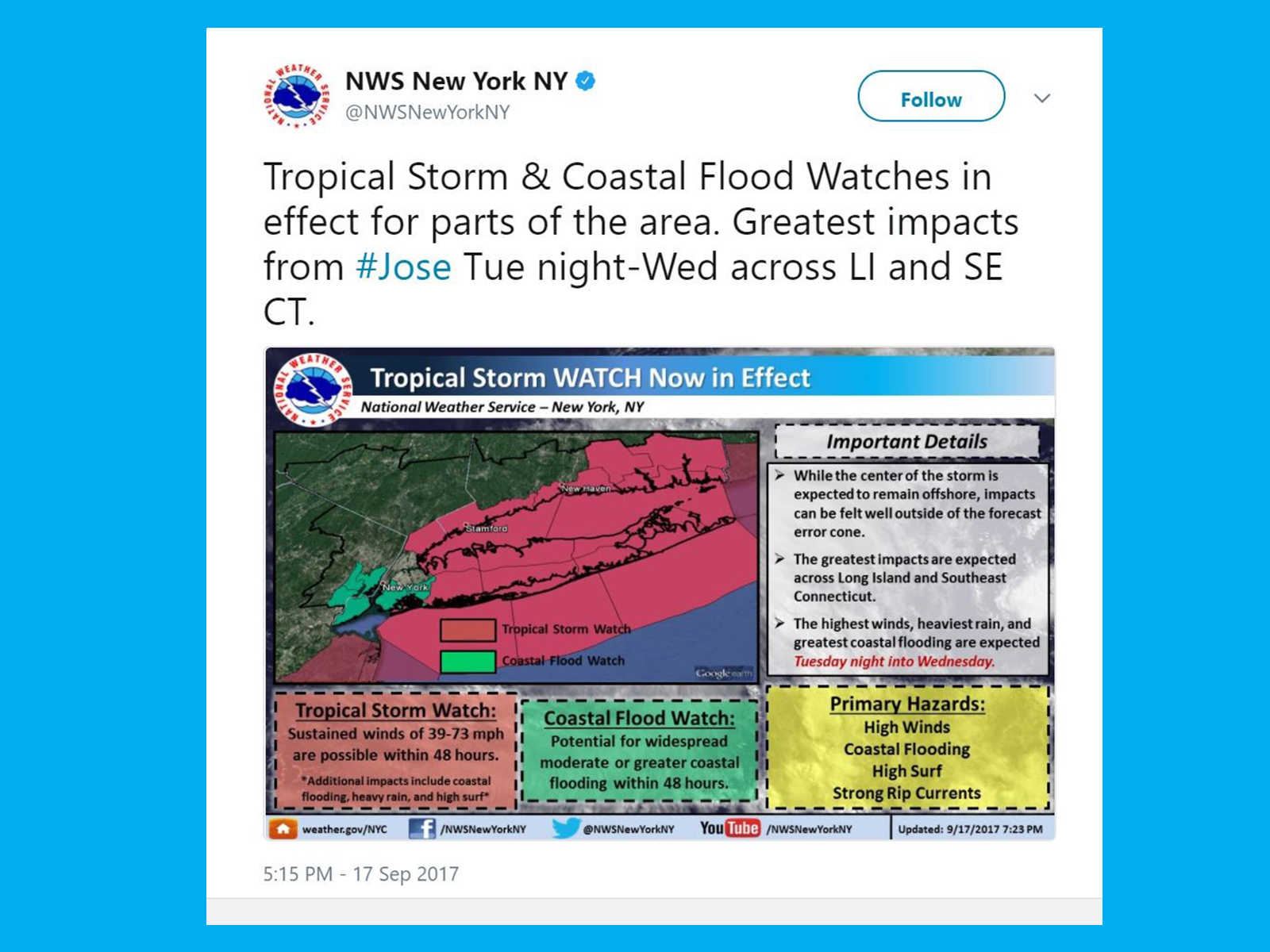 As Hurricane Jose continues to move north through the Atlantic, New York City has been put under a Coastal Flood Watch and portions of New Jersey, Connecticut, and Long Island are now under a Tropical Storm Watch, where the greatest impacts of the storm are expected to be felt, according to the National Weather Service. High winds, intense rainfall, and possible flooding caused by Jose is expected to begin Tuesday night and continue into Wednesday.

Jose is currently 270 miles East of North Carolina, is moving north at 10 miles per hour, and as of Monday morning was classified as a category 1 hurricane with wind speeds reaching 85 miles per hour. It’s expected to weaken as it continues northward, and will likely be downgraded to a tropical storm as it passes by the Jersey Shore and Long Island later this week, according to the Weather Channel.

Portions of Delaware, Rode Island, and Massachusetts are also under a Tropical Storm Watch this week. New York City is projected to experience wind gusts in excess of 25 miles per hour and rains totaling up to three inches. Coastal wave heights are expected to top out at 5 feet.

And there’s more coming: the National Weather Service upgraded tropical storm Maria to hurricane status early Monday. As of Sunday night, Maria was located 400 miles east of the Lesser Antilles and appeared poised to strike Caribbean islands still recovering from the destruction wrought by Hurricane Irma, intensifying as it moves toward the Virgin Islands and Puerto Rico, where nearly a million people have lost electricity.

By Scott Heins for Gothamist.com/news