Boro Park – Four people were injured in an accident Monday night on the Prospect Expressway, which saw several vehicles careen into each other on a wet and snowy road surface.

The accident, which happened just before Church Ave., left the expressway which feeds into Ocean Parkway at a standstill. Traffic remains backed up as first responders treat the injured and police investigate. 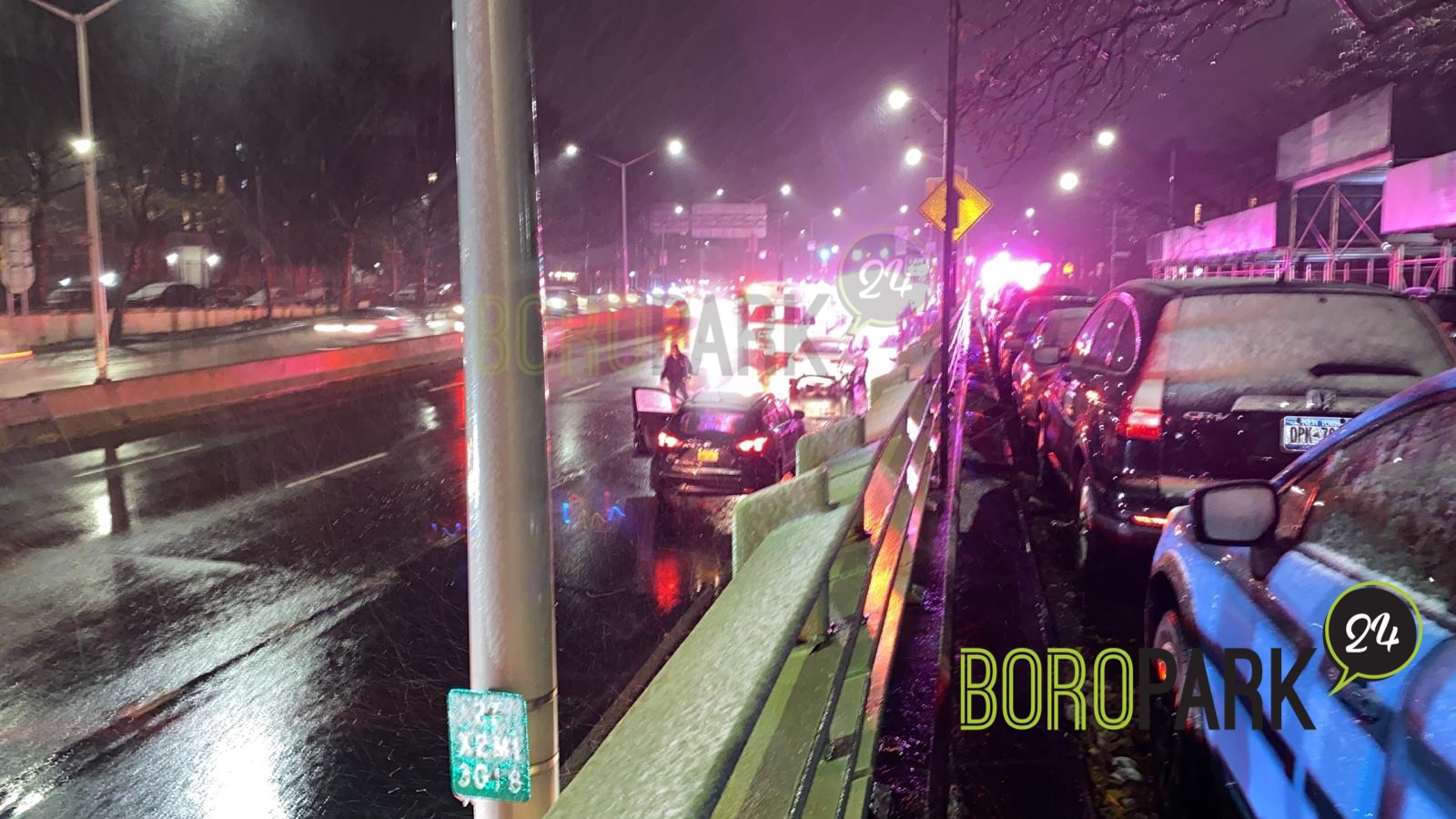