According to the Centers for Disease Control and Prevention, there have been 30 more reports of people that were Sickened from a Salmonella Outbreak in a Popular Kellogs Cereal.

The CDC announced Tuesday that customers should avoid Honey Smacks, following the recall during summer. The outbreak was first linked to “Honey Smacks” and Since then, 130 people in 36 states including the Tri-State Area have been affected.

Honey Smacks has been subject to a voluntary recall by Kelloggs since mid-June, and the CDC is now advising consumers and retailers:

– Do not eat any Kellogg’s Honey Smacks cereal, regardless of package size or best-by date. Check your home for it and throw it away or return it to the point of purchase for a refund.

– Retailers should not sell or serve any Kellogg’s Honey Smacks cereal.

– Even if some of the cereal has been eaten and no one got sick, throw the rest away or return it for a refund.

– If you’ve stored cereal that looks like Kellogg’s Honey Smacks in a container without packaging and don’t remember the brand or type, throw it away. Thoroughly wash the container with warm, soapy water before using it again.

The CDC says at least 34 people have been hospitalized thus far. No deaths have been reported. 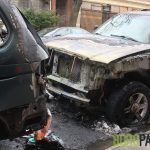 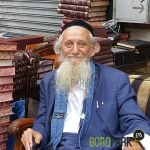