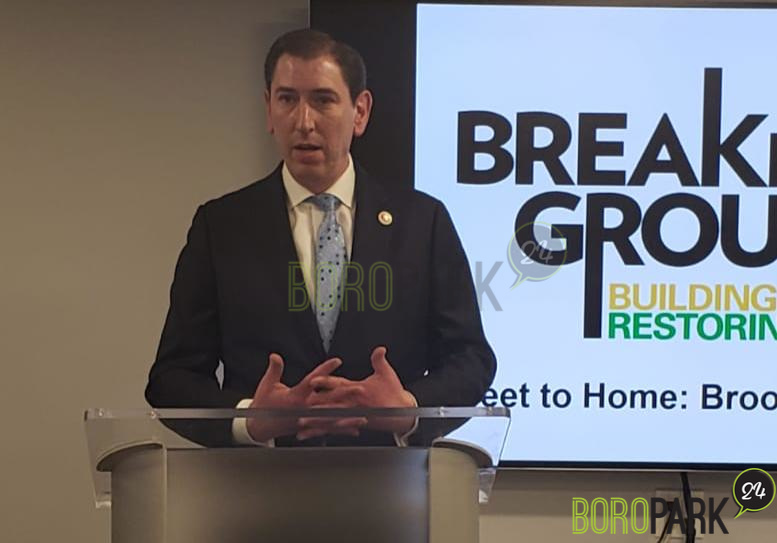 Brooklyn – Councilman Chaim Deutsch is planning on running against Rep. Yvette Clarke in the Democratic primary, according to papers filed with the Federal Election Commission.
Deutsch, who represents Midwood, has served in the city council since 2013 and is term limited from running for the same seat.

His statement of candidacy filing is not a formal declaration but allows him to raise money for a run. His campaign is called Chaim for Congress.

The district extends through Crown Heights and Midwood. Clarke, the incumbent, has long been seen as vulnerable but has yet to attract a credible opponent.