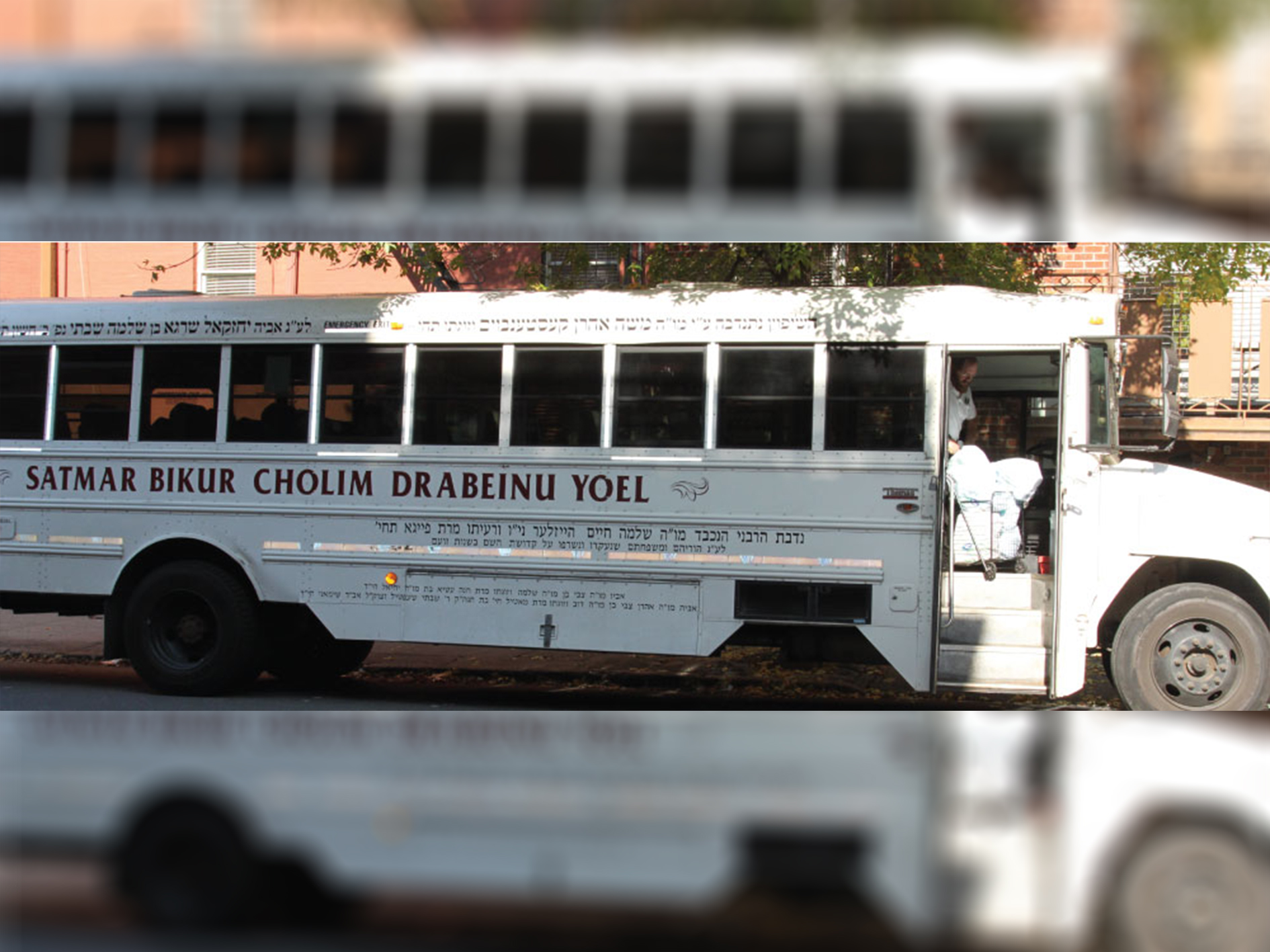 NEW YORK – A bikur cholim organization with over a half century of experience says it is perplexed why they have been suddenly barred from patients’ rooms at a prominent Manhattan hospital.

With their trademark “ken mir helfen?” Bikur Cholim D’Satmar, which was established in 1952, had been sending volunteers to NYU Langone Medical Center for the past three decades. About five months ago, a Bikur Cholim official told Hamodia Monday night, they felt a chill in the previously warm relationship they had with the hospital. Their volunteers were followed around by NYU personnel and talks with the administration broke down, they said.

Then, said Reuven Guttman of the Bikur Cholim, they were abruptly told to leave.

“There was no incident that happened, no explanation whatsoever, nobody has done anything wrong,” said Mr. Guttman, the director of Bikur Cholim D’Satmar’s Lawrence division.

The hospital denied that they targeted Bikur Cholim D’Satmar for exclusion, saying that they have their own coterie of volunteers and the influx was overwhelming the staff.

“We’ve decided several months ago that non-employees and non-visitors would have limited access to the floor and to patients’ rooms,” Dr. Andrew Brotman, NYU’s senior vice president, told Hamodia on Tuesday. “There were just too many people who were walking around the hospital and going into patients’ rooms. We had concerns about their safety.”

Scott Seskin, Bikur Cholim’s attorney, said that the organization is dumbfounded by the new rule.

“Bikur Cholim is a charitable organization that just wants to help. And the people in the community want that help,” Seskin, of the Manhattan-based Seskin and Seskin law office, told Hamodia. “The rules changed just for the Bikur Cholim.”

The saga began about a half year ago, when NYU suddenly informed the Bikur Cholim that they would henceforth be barred from entering the hospital for any reason other than restocking the hospitality rooms. Mystified, Bikur Cholim officials held several meetings with hospital administrators but could not nail them down on a specific reason, they said.

“They kept on changing the reason for the new rule,” Mr. Guttman said. “First they said they wanted to limit the number of people on the floors and cut down on how many people come into the hospital. Then they said the volunteers could be a security threat since the women are unknown to them. We’re talking about older women, sweet women. Then the hospital said that they wanted to forbid all outside food.”

Mr. Guttman said that they offered to vet the volunteers and give NYU all information about them. They also offered to have them registered as official hospital volunteers. All their suggestions were rejected.

Dr. Brotman said that he met several times with Bikur Cholim’s representatives, offering them access to its three Bikur Cholim rooms but could not allow them to bring food directly to patients’ rooms.

“They originally indicated that that was OK, but then decided that they wanted to have unsupervised access and go into rooms and sit with patients,” Brotman said. “Our position is that that’s not what they’re there for.”

Mr. Guttman criticized the hospital’s stance, saying that the Bikur Cholim was “much more” than just a food distribution.

“We service all major metropolitan hospitals, an average of hundreds of patients every day,” he said. “We do crisis intervention, medical referrals, we pay medical bills.”

He suggested that recent changes in the health-care system have indirectly led to the ban. As other hospitals have done, he said, NYU directs elderly patients to panels who aggressively push them to reject additional medical care.

The Bikur Cholim, Mr. Guttman said, has helped counsel patients how to stand strong and receive care in this atmosphere.

He sent Hamodia a video in which Sruly Meizels, a Williamsburg resident, discusses how his 93-year-old mother was hospitalized this past Pesach when she fell at home. Almost as soon as she was admitted, Mr. Guttman said, her son was told to “say goodbye, she has an hour to live.” They tried convincing him to allow her to die, even putting a priest on the phone to tell him that “sometimes it’s OK to let her go.”

Meizels finally got her on a respirator. It took a few days but his mother has since recovered.

“When a person calls us in a crisis and we see the handwriting on the wall,” Mr. Guttman said, “we will guide the patient through the process and instruct them not to sign documents. We will point out what the hospital didn’t do right, and the family will sometimes mention to the hospital that we suggested that.”

“We will continue doing that because it is the right thing,” added Mr. Guttman. “Unfortunately, we got onto their blacklist.”

“We get the strong feeling that they don’t like the fact that we advocate for patients,” he added. “I have to say it’s not only NYU, but NYU the most. At no other hospital do we face what we face at NYU Hospital.”

Dr. Brotman did not disagree with that assessment, saying that the Bikur Cholim was not there to counsel patients.

“We have a 24/7/365 liaison program for the Orthodox community and a volunteer program,” he said. “We have full staff of pastoral care, with four Rabbis on call. End of life care has nothing to do with this. This is not part of their role.”

Communication between the two sides has since deteriorated, with NYU issuing a provocative statement and Bikur Cholim refusing to enter the hospital until they get access to the rooms as they have previously.

“For the safety and privacy of our patients,” read the NYU statement, issued on Monday, “we have limited outside volunteers, vendors, delivery people and other non-visitors and staff from going directly onto patient floors, and into patient rooms. … Most of the community and outside organizations understand and agree with this policy, but a few volunteers want unsupervised access to patient floors and rooms and have tried to distort the truth.”

Bikur Cholim made the decision this week to go public with their concerns.

“In 60 years we haven’t gone to the press,” said Mr. Guttman. “It’s very unfortunate that we have to do this.”

Seskin, the attorney, framed the issue as one of freedom of religion.

“Patients have a right to have people of their faith visit them and deliver food to them,” he said. “I don’t know why this has changed, but we certainly feel oppressed. What happened that caused this change? There’s no explanation given. We were just told that this is the way it is, and we don’t have to like it.”

He said that his clients hope the hospital backs down. But “if it leads to legal action — if we have to we will. But we want to solve this amicably to help the patients.”